Home/Analysis/Australia election: Enter a lacklustre advert for democracy
Previous Next

Analysis – Australians have just learned their election will be held on 21 May. At a crucial time for the country, Nick Bryant sees a contest that will be defined, to a large part, by what it lacks. 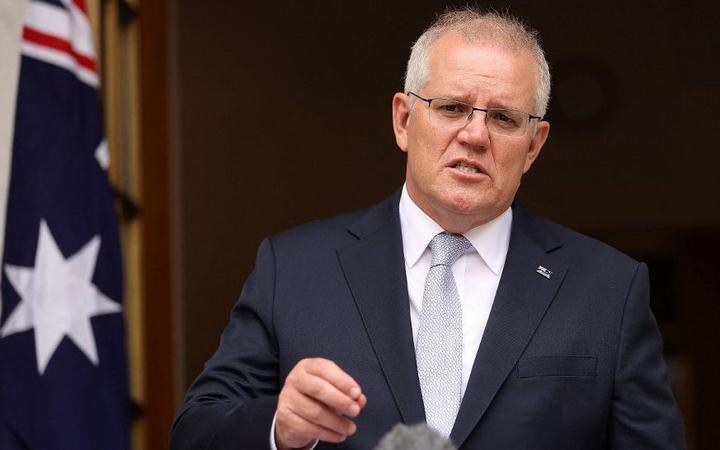 There has long been something Biblical about the prime ministership of Scott Morrison, a Pentecostal Christian who declared on the night of his bolt from the blue victory in the 2019 election: “I’ve always believed in miracles”.

Since then, much of his term in office has read like chapters from the Old Testament. There have been fires, floods and the pestilence of a global pandemic. Even his defiant stance towards China has a Manichean frame: a good versus evil struggle between freedom and authoritarianism – the “great polarisation”, he calls it.

Recently, he sought to imprint his faith-based politics on Australian law, by pushing unsuccessfully for a Religious Discrimination Act offering legal protections to people of faith who made “statements of belief” – a charter, claimed its opponents, for the homophobic and transphobic.

It was the Liberal Party giant John Howard who rated his chances of ever becoming prime minister as “Lazarus with a triple bypass”, after losing the 1987 federal election from the opposition benches and being deposed as party leader two years later.

Morrison, who stands at the head of one of the world’s most formidable election-winning machines, isn’t yet Lazarus, whom the Bible says Jesus raised from the dead. Still, there would be certainly be a water-into-wine feel to a second Morrison victory.

More so than a modern-day Lazarus, my sense is that Morrison has come to resemble a Midas-like figure from Greek mythology. Yet rather than gold, many things he touches end up being tarnished.

His staged photo opportunities, a hallmark of his tenure, are a case in point. After posing for the cameras mopping up an indoor basketball court during a visit to the flood zone in Brisbane, he came in for an acid shower of criticism because the press availability looked contrived and choreographed rather than part of a meaningful clean-up.

On a visit to a hair salon in Victoria, he washed a female customer’s hair, which instantly brought to mind his controversial statement during the 2019-2020 bushfire season that he “doesn’t hold a hose”.

A soft focus profile on the Channel Nine news programme, 60 Minutes, also became the stuff of mocking memes, when he picked up a ukulele and serenaded his family with the Dragon classic, April Sun in Cuba. The interview, which was intended to rehabilitate his battered image, ended up inflicting even more self-harm.

The former marketing man’s problems have not merely been presentational. His government has been hit by the high-profile resignations of the Education Minister Alan Tudge and Attorney General Christian Porter. His close friend, Brian Houston, the founding pastor of the Hillsong megachurch, had to resign after an internal investigation revealed he had engaged in inappropriate conduct towards two women.

In parliament, the prime minister has struggled to advance his legislative agenda. Even the unveiling of the new budget, a pre-election cash splash for voters, was overshadowed. On budget night, the outgoing Liberal Senator Concetta Fierravanti-Wells, in a valedictory speech brutal even by Australian standards, called him an “autocrat” and “a bully with no moral compass”.

On the eve of calling the election, Morrison was also haunted by a past controversy, surrounding his selection 15 years ago as the Liberal Party candidate for the seat of Cook, the scene of the 2005 anti-Muslim Cronulla riots. Morrison, it is claimed, raised concerns about his Liberal rival for pre-selection, Michael Towke, questioning whether a candidate of Lebanese heritage was viable in Cook, especially after the Cronulla riots. Morrison called the allegations “bitter and malicious slurs”.

The beleaguered prime minister has also never fully rebounded from the furore surrounding his family holiday to Hawaii in the midst of the bushfires two years ago. That was why the ukulele and his rendition of April Sun in Cuba misfired so badly. Many viewers naturally thought of his December sun in Hawaii.

Pointing to Australia’s comparatively low death rate and robust economy, Morrison will argue that he has steered the country through Covid. But state premiers, who frequently usurped the prime minister, are often credited with the early success in dealing with the pandemic. In the second year of Covid, the federal government has faced criticism for the slow rollout of vaccines – the “stroll-out”, it was dubbed – and failure to provide enough rapid antigen tests when Omicron hit last last year.

But for all the antipathy towards Scott “ScoMo” Morrison, it is hard to detect any great groundswell of enthusiasm for the Labor leader, Anthony “Albo” Albanese. A one-time tribune of the Labor left, Albanese has moved to the centre since winning the leadership in 2019, and is now offering the electorate what he calls “safe change”.

Labor put down its traumatic defeat at the last election to an unpopular leader, Bill Shorten, and unpopular policies, especially on tax reform.

This time, then, Albanese is fighting a “small target” campaign, in the hope of minimising Liberal lines of attack, neutralising the issue of climate change (which at the last election hurt the party in the vital battleground state of Queensland) and trumpeting his centrism.

“Renewal not revolution” has become his mantra. 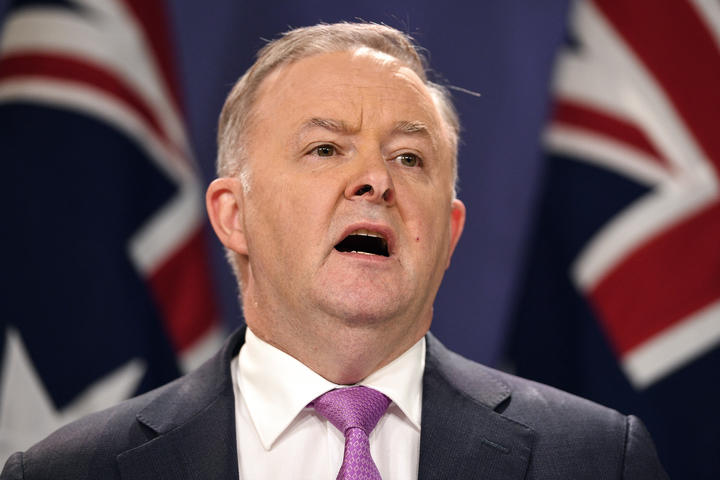 Mindful that only three Labor leaders have defeated Liberal prime ministers in the post-war years, Albanese is doing everything he can not to frighten the voters.

Along with his political shape-shifting, Albanese has a sharp new look. So much has been made of his slimline suits, designer glasses and dramatic weight loss that the phrase “Hot Albo” has entered the political lexicon.

But Albanese, a one-time backroom fixer, renowned early on in his career for his knockabout style, still needs to persuade a sizeable portion of the electorate that he is a prime minister-in-waiting. For some voters, he still has a plausibility problem.

Labor has run into other difficulties. Recently, the party was engulfed in a bullying scandal, following the death of one of its senators from a suspected heart attack. Before her death, Kimberley Kitching, who was aged just 52, had complained of bullying from senior Labor Senate colleagues.

There is also the risk of becoming too innocuous – as young voters demanding a more ambitious approach to the climate crisis will be voting for The Greens. “Safe change” is hardly an electrifying rallying cry.

A wild card in this election is the rise of independent candidates, who pose a threat to the Liberal Party in seats where Labor isn’t ordinarily viable. A former ABC foreign correspondent, Zoe Daniel, is running against the Liberal MP Tim Wilson in the seat of Goldstein. In the blue-ribbon seat of Wentworth, which takes in Bondi Beach and Sydney’s prosperous Eastern Suburbs, Allegra Spender, the daughter of a well-known fashion designer, the late Carla Zampatti, is challenging the sitting Liberal MP, Dave Sharma. In a hung parliament, independents could end up holding the balance of power.

Scott Morrison is actually the first prime minister since John Howard to serve a full term in office, no small achievement given the coup culture of Australian politics. But the Liberal-led coalition is defending a one-seat majority. Even though it has won seven of the past nine federal elections, it may be hard-pressed to do so again.

The campaign, rather than being a contest of ideas, already feels more like a competition of political strategies. Issues of global magnitude are pressing in on Australia, namely the climate emergency, the threat from China, cost of living pressures and how to live with Covid, but this looks like becoming a small-bore campaign.

At a time when authoritarianism poses such a threat to the liberal international order, it would come as something of an upset if the 2022 Australian federal election became a rousing advertisement for democracy.