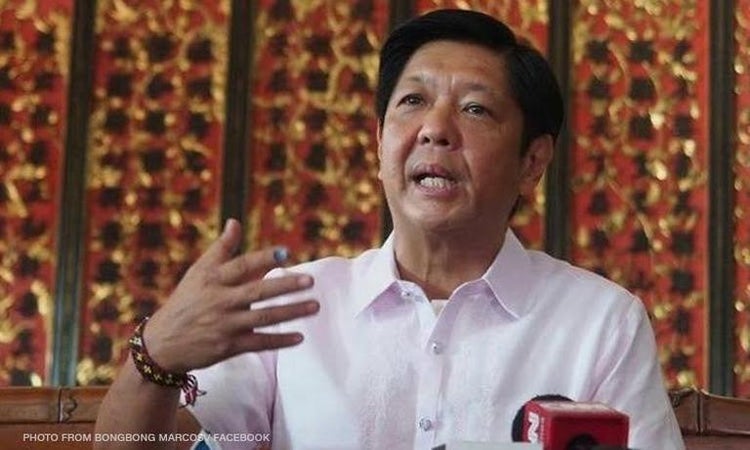 Metro Manila, PHILIPPINES  — The Commission on Elections second division has denied a petition of civic leaders to cancel the candidacy of presidential aspirant Ferdinand “Bongbong” Marcos for lack of merit.

“The Second Division ruled that there was no ground to cancel Marcos Jr.’s COC on the ground of material misrepresentation,” the group’s lead counsel Theodore Te relayed.

The petitioners sought the cancellation of Marcos’ presidential bid on the ground that his certificate of candidacy contains false material representations, including his assertion that he is eligible to seek the presidency despite his being convicted in July 1995 by a Quezon City court for his multiple failures to file income tax returns from 1982 to 1985 when he served in Ilocos Norte.

Te said they will file a motion for reconsideration with the Comelec en banc. The case can then be elevated to the Supreme Court for the final decision.

Comelec spokesperson James Jimenez said that if Marcos is disqualified with finality, he can be substituted by anyone sharing the same surname, such as his sister Senator Imee Marcos or his wife Liza Araneta-Marcos, and they do not have to belong to the same political party. If there is no substitution, votes for Marcos will be counted as “stray” votes.

“Hindi kailangan kapamilya, kailangan lang kaapelyido [It doesn’t have to be a family member as long as they share the same surname],” the official said.

‘No attempt to deceive the electorate’

The commissioners of the second division said that Marcos’ material representations that he is eligible to run for president and that he has not been meted the penalty of perpetual disqualification from public office were not incorrect.

They said the decision of the Court on Appeals does not “expressly” state that Marcos was meted the penalty of perpetual disqualification from holding public office despite a conviction.

“Unmistakably, there is no intention on the part of the respondent to deceive the electorate as to his qualifications for public office… A deliberate attempt to mislead the electorate is required in order for a petition to deny due course or to cancel a COC to prosper,” the 32-page decision read.

It added that the Supreme Court has categorically declared that failure to file an income tax return is not a crime involving moral turpitude.

“The division made it a point to say that the offense of failure to file income tax is not a crime involving moral turpitude, that only the Supreme Court can determine which crimes involve moral turpitude,” Comelec spokesperson James Jimenez said in a media briefing.

The second division decision was not expected to be released on Monday. The Comelec said the first division, presided over by Commissioner Rowena Guanzon, is unlikely to release on Monday its decision on the consolidated petitions to disqualify Marcos from the upcoming elections as earlier announced because some of its staff members and lawyers caught COVID-19.

Jimenez said the second division’s decision in favor of Marcos will not affect the other pending petitions.

“It has no impact. Each division will come to their own decision. I cannot say the the decision of one division will impact how the other division decides. Hiwalay na issue iyan [Those are separate issues],” he said.