A nurse who sailed home because she couldn’t get a slot in MIQ and another who’s given up trying say there are still too many barriers to getting nurses back to New Zealand. 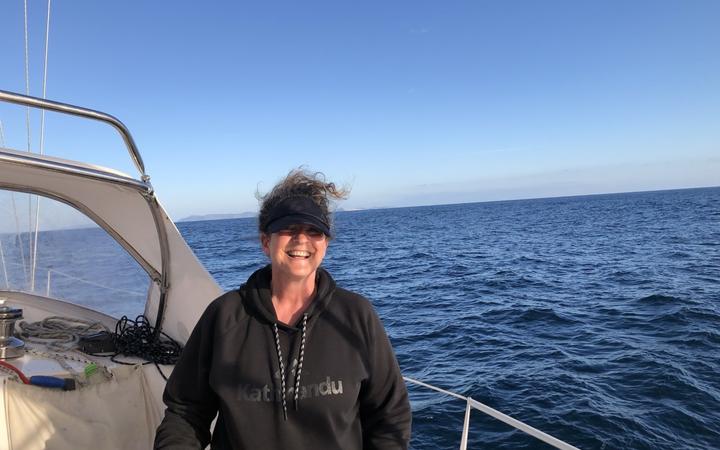 There are critical nursing shortages all over the country, with expectations it will only get worse with the Covid outbreak next year

But nurses groups said it was still to difficult for New Zealand nurses to get home or for overseas nurses to move here.

New Zealand nurse Rachel Fraher was in Australia until she hitched a ride on a yacht, arriving a few days ago.

She had tried eight times through the general MIQ system, before health worker spots existed, and go no higher than 1300th in the queue.

It was “soul destroying,” she said.

When the government announced in October it would soon allocate 300 MIQ spaces a month for critical healthcare workers she investigated.

But there was no set date for the first rooms then and she wanted a plan because she has elderly parents and needed to come home.

So she took a spot on a yacht with a Kiwi skipper looking to isolate at sea rather than MIQ.

It was harrowing at times and they spent four days on the edge of a storm but it was worth it to now be home, she said.

“It was pretty rocky, it was a bit of a washing machine trying to sleep in there …but once the weather calmed it was beautiful, it was actually really amazing,” she said.

Anyone wanting one of the special healthcare places in MIQ must have a job offer in New Zealand before they can apply for one.

For Taupō nurse Margaret Pleyell, who is stranded in New South Wales, that was a problem.

She went to New South Wales for a short term nursing contract this year but the travel bubble closed at the tail end of it.

She has worked in intensive care, emergency departments, community palliative care and she’s an immuniser – all roles with great need right now.

But it was too hard to apply for jobs from afar, with too much uncertainly for employers who usually wanted someone to start right away, she said.

It should be easier for practising nurses to just come home, and then get a job, she said.

“We’re not going to sit on our chuff and not work, we’re going to do something to ease the need.”

Pleydell was now going to bide her time until January when the rules changed and she would just be able to isolate at home.

A job offer should not be a requirement for MIQ, just a practising certificate and the right immigration status should be enough because there were plenty of jobs, she said.

“I know they would be welcomed in the workforce from other nurses who are at the end of this pretty trying year, just looking for that level of relief,” she said.

College of Critical Care Nurses chair Tania Mitchell said it was not just home-grown nurses who should have an easier run.

There were many overseas nurses who could help if there were not so many barriers.

“It would be really vital, and really needed at this point to see changes to the immigration rules to enable those nurse to come here and to come here quickly,” she said.

The Ministry of Health said only about 79 of about 300 critical healthcare worker slots available in MIQ to 15 December were filled.

That was for all healthcare workers, not just nurses.

Of the roughly 900 available from November to February, 147 places were allocated – although there was still time for others to join.