Australian PM behind in polls and beset by division, faces tough road to re-election

Home/Analysis/Australian PM behind in polls and beset by division, faces tough road to re-election
Previous Next

Australian PM behind in polls and beset by division, faces tough road to re-election 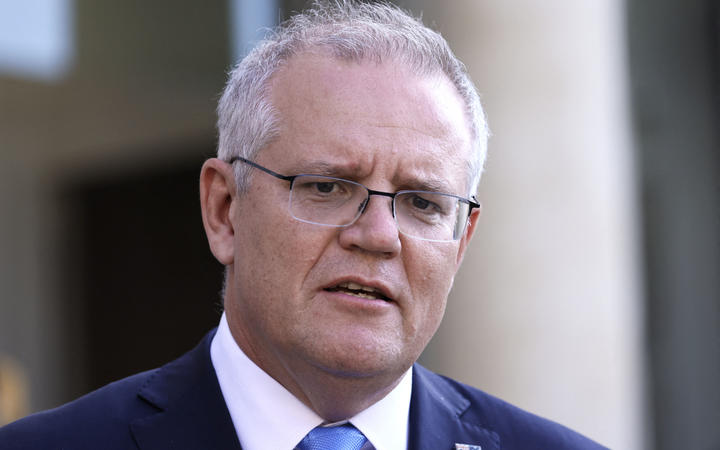 Morrison had planned to use the last sitting of 2021 to pass bills that would create sharp differences with the opposition Labor Party, including a controversial religious freedom bill that was promised after same-sex marriage became law.

Instead, the final two weeks of parliament saw his coalition fractured, as his own lawmakers crossed the floor to vote against the government, forcing a delay to the religious freedom bill and other legislation, possibly until after the election.

“The events of the past few days have shown the government may be effectively unable to govern until the next election,” Haydon Manning, a professor of political science at Flinders University in South Australia said.

“It can’t pass legislation and the prime minister will have to decide whether to wait or call an early election.”

With little time left for Morrison to reverse his fortunes, as he has to go to the polls by May 2022, the prime minister has embarked on a series of unofficial campaign events.

It is not a new situation for Morrison – three years ago he had just become prime minister after his predecessor was rolled in a party-room vote and he was trailing in polls. Yet he secured a stunning election win in May 2019.

On Monday the closely watched Newspoll showed Morrison’s coalition government would lose office to Labor. That, and a budget scheduled for late March, suggest Morrison will leave his run as late as possible, just as he did in 2019.

The divisions in Morrison’s government over issues such as the religious freedom bill and climate policy came despite his calls for unity.

He warned his backbench lawmakers last week that fractures would cost the election, a source familiar with his comments in meeting of his ruling Liberal Party said.

Morrison is also struggling to appeal to female voters, polls show. The government was damaged after allegations this year of a rape in parliament house, fed by criticism of how senior government lawmakers handled the complaint.

Spurred by public anger, Morrison commissioned a report into the workplace culture of parliament house. Published last week, it showed that one in three of those working there had experienced sexual harassment.

The issue grew when the minister for education stood aside last week pending an investigation into allegations of abusive behaviour during an extramarital affair with a staffer, accusations the minister strongly denied.

Morrison has also been wounded by attacks on his integrity after French President Emmanuel Macron said the prime minister had lied to him over a cancelled submarine deal.

Labor used parliament to repeatedly raise questions of Morrison’s credibility and trustworthiness, and the issue seems to have gained some traction with voters.

Morrison concedes he is the underdog in the election, but government sources say the he is confident he can repeat the miracle win of 2019.

“He is a good campaigner, he does have that everyman feel to him, and people like him in key parts of the country,” said Peter Chen, a professor of political science at the University of Sydney. “He can definitely turn this around.”