Covid-19: Seeds of vaccine mistrust sown by neglect of Northland

Home/Analysis/Covid-19: Seeds of vaccine mistrust sown by neglect of Northland
Previous Next

Covid-19: Seeds of vaccine mistrust sown by neglect of Northland

Analysis – Back in March, a car fitted out with a loudspeaker was doing laps around Whangārei announcing that Covid-19 was fake; a big lie made up by the government to control people.

The pre-recorded message was loud and clear and would play on repeat around lunchtimes, bringing an eerie, dystopian vibe to the town centre. 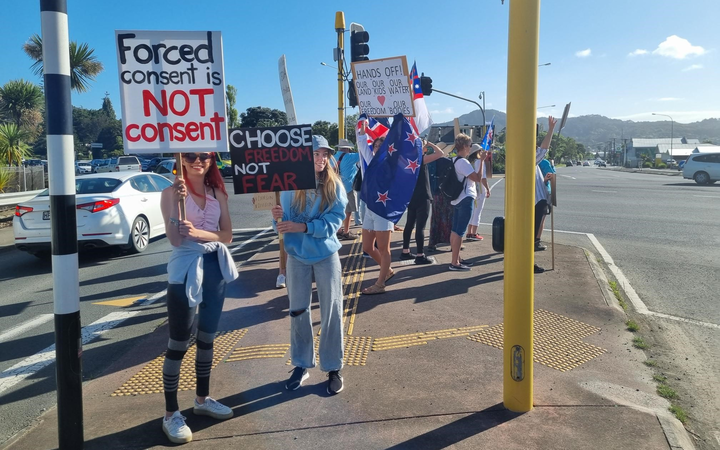 The broadcasts were accompanied by stickers on shops and bus shelters around town. Sometimes leaflets with similar messages were slipped into public toilets or letterboxes.

The claims, which have been widely discredited as nonsense, were also spouted loudly by a group crowding the entrance to the weekly farmers’ market in Whangārei.

Afterwards, they’d head across the road to a café for coffee – that café was closed today as the new traffic light framework came into effect. But their anti-vaccine legacy is alive and well.

Vaccine rates in Te Tai Tokerau are the among the lowest in the country. About 85 percent have had their first dose and 77 percent are double-dosed. Māori are 78 percent partially vaccinated and 64 percent fully vaccinated.

Those rates are rising, and Māori health providers are doing an incredible job at getting as many people across the line as possible, often with huge access issues, limited staff and in isolated areas.

But people are sceptical and they are scared.

Back when the car was doing its loops, Whangārei mayor Sheryl Mai was among Northlander leaders calling for a clear vaccine promotion campaign – an alternative to the daunting fake news being shared far and wide.

She pointed out Northland typically had low immunisation rates and information supporting the safety and benefits of vaccines was nowhere to be seen.

The Ministry of Health said it was targeting those who would first receive the vaccine – border workers and their whānau. The Ministry said taihoa – wait – the campaign was coming and would be rolled out in the next few months.

But the damage was already being done, and more than six months later it is proving bloody hard to undo.

Vaccine rates are among a laundry list of issues Tai Tokerau is at the bottom of the table for. And not for lack of trying.

Access to housing, health care and employment are massive challenges up here, and there seems a pretty clear link between the care shown to the North by the state and the attitude of some Northlanders in wanting to join the ‘team of five million’.

This vaccination campaign has rolled out against a backdrop of one of the region’s largest employers (the Marsden Point refinery) signalling its closure, despite pleas from the hundreds of workers for the government to somehow intervene and save their jobs.

The rollout has coincided with skyrocketing rates of homelessness and record numbers of tamariki living in motels. 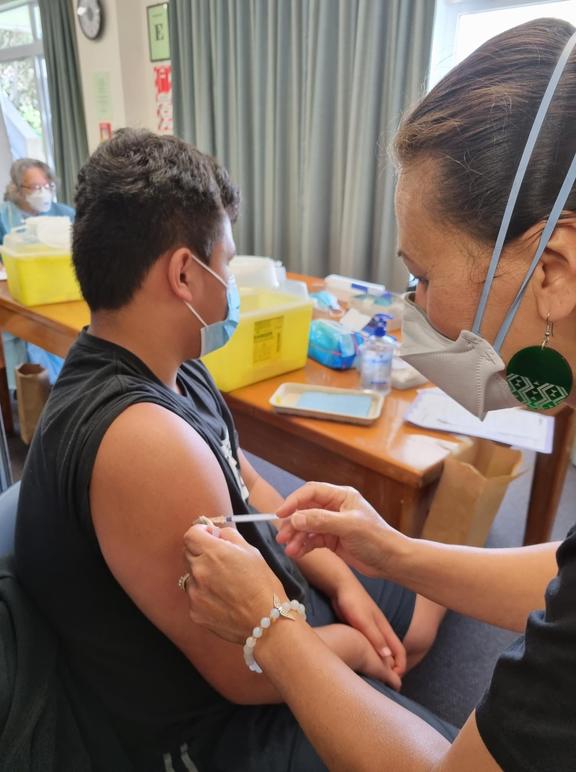 Vaccinations have been slow in Northland, with misinformation rife. Photo: Supplied/ Northland DHB

In Northland those whānau living in motels are not able to access the millions of dollars in ‘Flexible Funding’ that’s being handed out elsewhere, as apparently there are no local providers.

The situation has gotten so bad that in recent weeks whānau needing motels in Northland have been told by the Ministry for Social Development that is no room left for them. Emergency housing is full and they will need to stay put (in overcrowded homes or cars), for the time being.

While there is nowhere for those families to stay, you can bet your bottom dollar there are plenty of baches and resort accommodation for out-of-towners this summer.

Northlanders, who have repeatedly had to defend their use of community checkpoints to keep communities safe from Covid-19, have also been the subject of illegal police checkpoints.

At those checkpoints, motorists (particularly Māori), were pulled over with police taking photos of their vehicles. That went on for years.

And the whole vaccine push – in fact the whole pandemic – has been unfolding while there is literally faeces running down the walls of the region’s largest hospital, which is so rundown it does not meet international codes. And occasionally, its windows fall out.

So it is no surprise when some of the very people who desperately need to be protected from Covid-19 are wary of the government and the way it has treated Northland in general.

In Tai Tokerau the past 10 months are a window that give a searing glimpse of the widespread racial injustices and Treaty of Waitangi violations that have continued for the past 180 years.

None of this is an excuse for the people who continue to push anti-vax lies. They have proven to be not only wrong and selfish, but dangerous.

But maybe it does give context for the thousands of Northland people who have been hesitant in recent months.

Their fears have been stoked by a well organised and very loud movement – Steve Bannon’s supporters nonetheless – and it may take time to rebuild trust in the vaccine and the government that is encouraging people to get it.

Back in March, when Northland leaders asked the government for help in combatting misinformation, the message was to wait, to be patient, it’s coming.

Now, when Northland needs more time to catch up on its lagging vaccine rates and is asking the government to wait before allowing thousands of visitors to head north, it would appear there is no such patience.