Are New Zealand’s universities doing enough to define the limits of academic freedom?

by Matheson Russell, The Conversation

Are New Zealand’s universities doing enough to define the limits of academic freedom?

The news last week that University of Auckland public health researcher Simon Thornley was retracting a co-authored paper about supposed vaccination risks during pregnancy raised deeper questions about the limits of academic freedom. 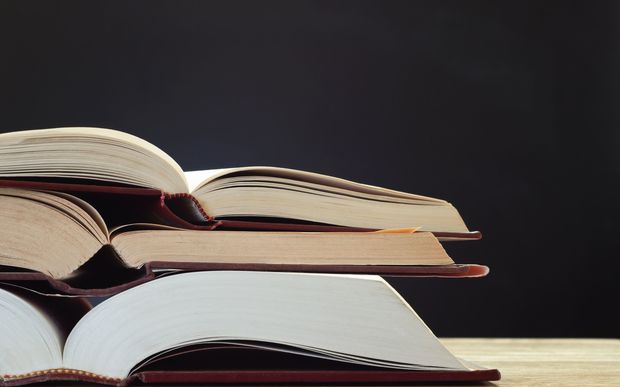 From the public’s point of view, a university is malfunctioning if it harbours and protects misinformation, says Matheson Russell. Photo: Copyright: frannyanne / 123RF Stock Photo

Trornley’s head of department had called for the paper to be retracted due to “the anxiety it is creating for expectant parents and those planning to have a child”. Other experts in the field had strongly criticised the paper’s methodology and conclusions.

The university itself responded publicly by asserting, “As an academic staff member Dr Thornley has the right to exercise his academic freedom.” The vice-chancellor later said, “While the University supports academic freedom, we do require research to be conducted with a high degree of integrity.”

The controversy follows an earlier one in July, when a group of academics published an open letter questioning the scientific status of mātauranga Māori (Māori knowledge). The Royal Society Te Apārangi issued a statement rejecting their views and affirming the value of mātauranga Māori as a knowledge system.

The society is now reported to be investigating two of its fellowswho were co-authors of the letter. In response, a group calling itself the Free Speech Union has called the Royal Society’s response an attack on free speech, saying it sends “a chilling message” to other academics.

These are just two of several conflicts currently playing out in Aotearoa New Zealand over the limits of academic freedom.

Tricky trade-offs surround particular cases like these, and they are not easily resolved. But debates over difficult cases are too often hampered by shallow conceptions of the role of universities within society and flimsy understandings of academic freedom.

Public universities have a public mission: they serve society through generating new knowledge and teaching students. They also, in the language of the Education and Training Act 2020, serve as a “repository of knowledge and expertise” and play a role as “critic and conscience of society”.

University staff and students are granted certain freedoms under the act to fulfil these socially valuable functions.

Two fundamental ideas provide the rationale for academic freedom. The first is that freedom of inquiry is essential for the advancement of knowledge. Without the freedom to explore new ideas and to test received wisdom, the quest for knowledge cannot progress.

The second is the idea that universities should be free from interference that would corrupt the integrity of research and the dissemination of research findings. It is in the public’s interests that neither the state nor private individuals and corporations are allowed to muzzle researchers from publicising what they know when the public would benefit from knowing.

Institutional autonomy and the right to critically question are essential if universities are to be reliable sources of knowledge and expertise for society at large. But neither implies academics should be free to do what they like or to say what they like with impunity.

The Education and Training Act couples the freedoms granted to universities with expectations of public accountability. It says tertiary institutions should have “as much independence and freedom to make academic, operational, and management decisions as is consistent with the nature of the services they provide, the efficient use of national resources, the national interest, and the demands of accountability”.

In turn, the legislation places on tertiary institutions the responsibility to ensure the “highest ethical standards” are maintained.

Controversial or unpopular opinions are sometimes just what society needs to hear. That’s why the law recognises a “critic and conscience of society” role for academics – the role of speaking truth to power, as we like to say.

But the usefulness of dissenting views to society cannot be defended if these opinions rest on faulty evidence or demonstrable falsehoods. Misinformation is incompatible with performing a role as critic and conscience of society.

From the public’s point of view, a university is malfunctioning if it harbours and protects misinformation. It ceases to be a reliable source of knowledge and expertise.

Likewise, academic freedom does not provide an exemption from ethical standards. Like all public institutions, we should expect universities to be places that foster healthy and respectful relationships, and serve wider societal goals of improving well-being, overcoming injustices and combating environmental destruction.

Universities that tolerate bullying and harassment of staff and students, or marginalise already disadvantaged social groups, fail to live up to their public mission.

New Zealand universities need to look hard at these issues. In today’s political and media environment, the challenge of mis- and disinformation is only going to intensify. Institutional culture, practices and policies need to account for this.

And universities have barely begun to address the reality that campuses are often experienced as hostile spaces by minority groups, not least Māori and Pacific staff and students.

A genuine democratisation of university life – including tackling institutional racism – is also vital to ensure all communities in Aotearoa New Zealand can see themselves as participants in and beneficiaries of what universities do. Principles of Te Tiriti o Waitangi should not only be acknowledged but given meaningful expression.

Hard work will be required for our universities to become highly trusted institutions by all communities. This is especially true of tangata whenua and Pacific people. In fact, our tertiary institutions have a lot to learn from tangata whenua about handling disagreements and responding to unethical behaviour in a way that upholds the mana of all involved.

We would do well to take a lead from legal scholar Moana Jackson who has envisioned universities as “a marae ātea where robust debate and criticism should flourish”, but also as “a whare where relationships should be nurtured and enhanced, and where all students and staff should feel safe and free”.

To realise such a vision will require clear-headed and courageous leadership at all levels within our universities.