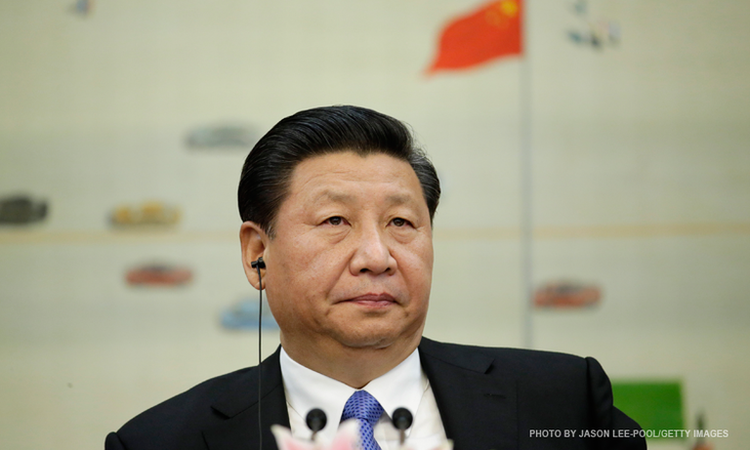 Chinese President Xi Jinping’s national campaign for “common prosperity” has cast a shadow over an industry that counts the country as one of its biggest markets: luxury goods.

Xi’s push to redistribute wealth in the world’s second-largest economy has unsettled some luxury market investors. The sector still bears scars from a sweeping government crackdown on corruption several years ago and is now relying on Chinese consumers more than ever.

Shoppers in mainland China are vital to brands such as LVMH, Hermes and Gucci. Last year, as the coronavirus pandemic took hold worldwide, China’s case numbers remained relatively low and the country’s share of the global luxury market roughly doubled, according to consultancy Bain. The firm predicts that China will become the world’s biggest market by 2025, overtaking Europe and the United States.

The latest government initiative — which coincides with a regulatory crackdown on industries from technology and education to gaming and entertainment — has raised concerns. But experts are divided on whether “common prosperity” will hurt luxury sales, which total hundreds of billions of dollars a year.

Many analysts believe the campaign could actually be good for business. While Xi’s plans are still taking shape, his government has made clear that it ultimately wants to raise the incomes of more households and expand the middle class. That, in turn, could help increase purchasing power and consumption.

But experts haven’t ruled out the possibility of the government clamping down on signs of perceived extravagance or raising taxes on the rich, which could darken the outlook for makers of high-end handbags, shoes and jewelry.

“Initially when it was announced, people panicked,” Zuzanna Pusz, a UBS analyst, said of the “common prosperity” pledge. “And the market panicked. Because everyone kind of went back with their memory to the anti-graft campaign, and how the luxury demand back then was impacted.”

Some players have already taken a hit. Shares of LVMH slid 7.9% from August to September, while Kering, the owner of Gucci, fell 19.4% over the same period.

“In the past three months, the [luxury] sector has underperformed the European market … on the back of renewed China concerns,” including the wealth redistribution campaign, a flare-up in coronavirus cases and regulation, Citi analysts wrote in an October report.

The call for ‘common prosperity’

Beijing has been tightening the screws on private enterprise over the past year.

But the ante was upped in August, when Xi told top leaders from the ruling Chinese Communist Party that the government should establish a system to redistribute wealth in the interest of “social fairness.”

According to state news agency Xinhua, Xi said that it was “necessary” to “reasonably regulate excessively high incomes, and encourage high-income people and enterprises to return more to society.” State media has suggested that the government could consider taxation or other ways of redistributing income and wealth.

Some companies have taken the hint from Beijing. In recent months, several of China’s biggest tech firms have pledged to donate billions of dollars to the cause, including Alibaba and Tencent. One company, Pinduoduo, even promised to hand over its entire profit for the second quarter.

There have been signs of apprehension within the luxury world. Recently, the sector has lost favor with some investors, which “suggests that short-term China-related uncertainty has been priced in,” UBS analysts wrote in a September report.

But analysts at the Swiss bank also note that “common prosperity” is not a new concept in China.

Use of the phrase stretches back to the time of Chairman Mao Zedong, who invoked “common prosperity” when advocating for dramatic economic reforms to take power away from rich landlords and farmers, the rural elite.

In 2012, “common prosperity” was “deemed the ‘fundamental principle’ of Chinese socialism” at a major Communist Party gathering, noted Tao Wang, a UBS economist, in a report to clients.

Analysts at the bank also say they expect just “modest and gradual” adjustments in personal income tax and consumption tax in the next few years, suggesting that “the negative impact may be limited and not imminent.”

Some top executives have addressed the issue directly.

Earlier this month, LVMH Chief Financial Officer Jean Jacques Guiony said that he was “not particularly worried or concerned with the recent announcement.”

“We don’t see any reason to believe that this could be detrimental to the upper middle class, affluent class that is the bulk of our customer base,” he told analysts. “Therefore, this seems to us not to be negative — if not positive.”

Last week, Nicolas Hieronimus, CEO of L’Oreal, which owns brands such as Giorgio Armani Beauty and Lancôme, also weighed in.

“We remain very confident for China,” he said on a corporate sales call, adding that the “common prosperity” pledge would likely help make the country’s middle class “wealthier and bigger, [which] is very positive for us.”

Industry observers, though, have good reason to worry.

Less than a decade ago, the luxury industry was hit hard by a massive anti-corruption drive in China. The government stamped out any sign of lavish spending among officials, including on luxury goods.

The campaign, rolled out by Xi in 2012, had a dramatic impact on the sector. In 2013, mainland China’s luxury market grew just 2%, compared to 7% the previous year, according to Bain.

Some fashion brands were eschewed as shoppers looked for less conspicuous logos or designs. People “don’t want to just walk around with big LVs anymore,” Patricia Pao, CEO of the Pao Principle, a consultant for luxury brands in China, told CNN at the time.

Premium liquor brands, such as baijiu maker Kweichow Moutai, also saw sales drop off significantly. The company later said that the campaign led to “unprecedented pressure” on the alcohol industry.

The sector is still facing regulatory concerns, and was recently hit by a sell-off in shares.

During the 2012 anti-corruption crusade, swanky hotels suffered, too, as officials called off banquets and conferences. Some five-star hotels at the time even asked to drop down a star, in hopes that the lower ratings would allow them to appear less opulent and retain business, Chinese state media reported.

It doesn’t help that businesses ranging from the booming tech sector to private education in China have lately been targeted with another crackdown, which has spilled over into the entertainment and live-stream shopping industries.

Pusz, the UBS analyst, said that may have contributed to some unease.

“Because obviously there has been quite a bit of news flow in the market about several other industries being impacted by various measures of the Chinese government, I think there was a bit of anticipation from people, [like]: ‘Okay, what if luxury comes next?'” she said.

Some analysts, though, think this crackdown could be different.

According to the latest estimates from Bain, shoppers in China account for 35% of all luxury sales worldwide. By 2025, the firm suggests that could shoot up to nearly 50%.

Bruno Lannes, a partner with Bain’s consumer products and retail practices who is based in Shanghai, said his firm isn’t changing its forecasts because of the “common prosperity” pledge.

“It’s too early to say, but there is no real indication that this has a major impact, I think, on the brands,” he told CNN Business.

Lannes expects the latest policy could have a “neutral” or “positive” effect on luxury consumption, particularly if incomes grow across the country as a result.

“I think it’s very different from what happened [with] the anti-corruption campaign back then,” he added.

Previously, many luxury brands in China were driven by the tradition of executives or officials giving or receiving gifts, which was a huge target of the campaign, Lannes noted. Now, consumption is largely “by people who consume for themselves or for their relatives,” he said.

Some consumers may already be starting to hold back on spending, however.

According to LookLook, a consumer research firm that works with luxury brands, 1 in 10 respondents to a recent survey of 100 luxury buyers in China cited the government crackdown on excessive shows of wealth as a reason they were not spending as much these days.

One participant of the study, which was released in September, cited a desire to not “attract unwanted attention,” according to LookLook CEO Malinda Sanna.

“We’ve never heard that before,” she said. “I think the demand is definitely still there, but they’re being cautious.”

— Laura He contributed to this report.