Vaccination passport inequities: Freedom for many, but not for some

Home/Opinion/Vaccination passport inequities: Freedom for many, but not for some
Previous Next

Vaccination passport inequities: Freedom for many, but not for some

Opinion – Recent discussion around the possibility of introducing vaccination passports which would verify that holders have been double jabbed as a means of getting into venues and events has held out hope that there maybe a way back to an ordinary life for many New Zealanders. Yet, it must be remembered that there will be some Kiwis who could be discriminated against if such a system is not properly designed: there could be freedom for the many but not for some. 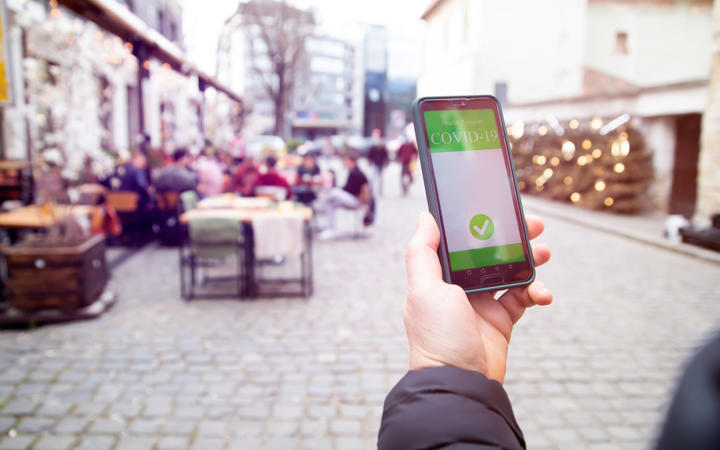 Think for a moment about the small minority of New Zealanders who cannot be vaccinated for medical reasons. I’m not talking here about those who voluntarily refuse the Pfizer vaccine but are still able to take it – rather I’m referring to the few thousand people who won’t be able to receive any vaccination at all on the advice of health specialists. This could be, for example, as a result of conditions or treatments which make it difficult for them to be administered to a person in this category. I can only imagine how people within this small minority – and of whom a vast number would be keen, if not desperate tor receive it – would find this realisation.

For people in this group, there would be real concern about the implications of a passport system which may effectively bar them from being able to access essential services such as supermarkets and retailers, let alone social and community venues where people interact with one another on a daily basis. Effectively, it would create a disabling and discriminatory environment for these people, even if for a comparatively short time.

Given that any passport would be largely available as an online app, other groups with the potential to be adversely impacted in this case would be Māori, Pacific peoples, older people, disabled people, and those who are homeless and/or on low incomes. Some people within these groups already find it difficult to access technologies such as mobile phones and the internet for a whole range of reasons, including cost. Besides, there is the potential for app inaccessibility issues to arise which can, for example, impact on the ability of blind and low-vision people to use apps. Any passport must be accessible to all users.

If it were to be a largely online passport system, then there absolutely needs to be a complementary hard-copy paper-based version developed alongside it. Already, there is a model for this in the dual paper and online system used for facial covering exemption verification cards issued to people who can’t wear face masks on disability- or health-related grounds to verify their status if asked about this by others.

It also concerns me that there are a lot of still unvaccinated people – including older people, disabled people and people with health conditions, as well as Māori and Pacific peoples around the country – due to the inequities still plauging the vaccination roll out. I’d like to cite my own case as an example where I, as a disabled person (who was in the Level 3 group), had to physically go to my GP clinic after having not been contacted by health authorities via text (as I had expected) during the first phase of the rollout just to obtain the contact details for the vaccination call centre. In fact, the inequities encountered by disabled people during the vaccination campaign have been reported on in various media and are still continuing even as I write this, alongside those for Māori and other groups.

Hence, the timing of any passport rollout would be important. I acknowledge that many New Zealanders will be keen for a passport system to be introduced as soon as possible. Like many people, I’m tired of all the restrictions and want them eased (or even gone) too, but I accept them on the basis that they are necessary for our health and wellbeing and particularly that of the disability community which I belong to. After all, I’ve read too much about the devastation that Covid-19 has wrought on overseas disability communities over the past year. Simply, I don’t want that same scenario to play out in Aotearoa – for this country’s disabled communities, as much as for others.

That’s why I favour a deliberative co-design process around any passport system where the multiple issues involved in its creation and implementation can be upacked through extensive discussions, especially in relation to human rights. These discussions would need to involve disabled people and older people and their organisations, people with health conditions, representatives of Māori, Pacific and other social equity groups, as well as representatives from the Human Rights Commission and other relevant agencies.

I can only imagine though that these discussions will take time – as they should. We should learn from overseas experience (where vaccine passport roll outs are still in their early stages) about the positives and negatives involved before embarking on any similar moves here. We need to ensure that there are reasonable accommodations built in for people who cannot be vaccinated for health reasons to prevent discrimination from occuring. Above all, we need at least a very high percentage of New Zealanders who can be vaccinated to have had their second jab before rushing down the vaccination passport route and this may mean more time spent with some restrictions including public masking and social distancing staying in place and for our borders to remain closed until everything can be done safely.

Ultimately, I believe that a vaccine passport system might be one way in which we can begin moving about more freely and enjoying life again. Even so, the government has an obligation to ensure all its citizens can benefit from any moves in this direction by making sure no one is left behind, as we open up again to the world.