Analysis: The ocean around New Zealand is getting warmer, and extreme warming events have become more frequent over the past years. 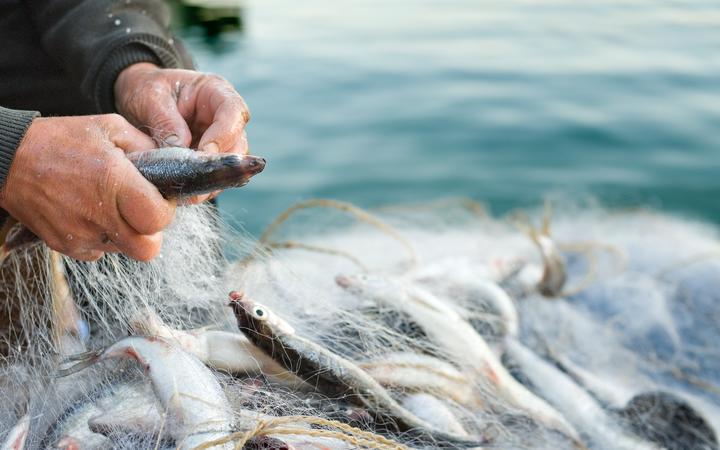 These marine heatwaves can have devastating impacts on ocean ecosystems. When they happen in summer, they usually receive a lot of attention. But those happening during winter, when the ocean is cooler, are often ignored.

Yet, these winter events can affect the spawning and recruitment of fish and other sea animals, and in turn have significant impacts on aquaculture and fisheries.

To monitor the occurrence of such extreme events around New Zealand, we developed a marine heatwave forecast tool as part of the Moana Project. The tool has been operational since January 2021 and it forecasts marine heatwave occurrence, intensity and duration for 13 areas defined in collaboration with the seafood industry.

It revealed that most coastal areas around New Zealand were warmer than normal during this last winter (June to August 2021), as highlighted in the map showing the difference between winter 2021 average sea surface temperatures and the climatology (daily mean values based on data from 25 years). 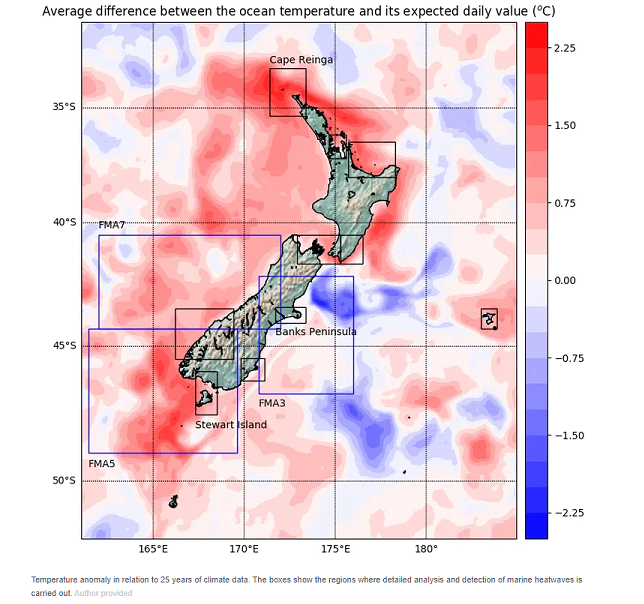 Marine heatwaves are defined as periods of five days or more of ocean temperatures in the top 10 percent of local average values for the time of year.

During winter 2021, surface waters were on average 0.3degC (±0.75) warmer than usual, with peaks occasionally reaching +4.2degC. In contrast, in a few areas, such as the Pegasus and Kaikōura canyons to the north-east of Banks Peninsula, we observed cooler than normal temperatures.

Except for the Banks Peninsula and the FMA3 box to the east of the South Island, all other 11 areas experienced marine heatwaves during the winter. 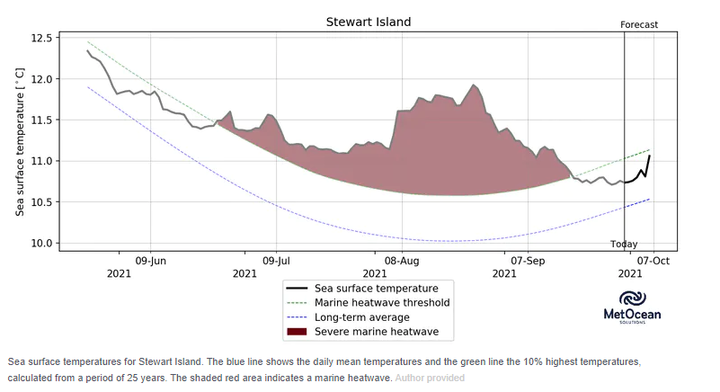 Both areas are particularly important since they are located at the northern and southern extremities, respectively, of the main currents that hug the eastern coastline of New Zealand. The warm waters in these regions move downstream (southward from Cape Reinga, and north-eastward from Stewart Island) and warm most of New Zealand’s eastern coast.

We can expect serious economic impacts from such warming. Recent events in western Canada highlight the devastating impact summer marine heatwaves can have on coastal marine ecosystems and aquaculture. 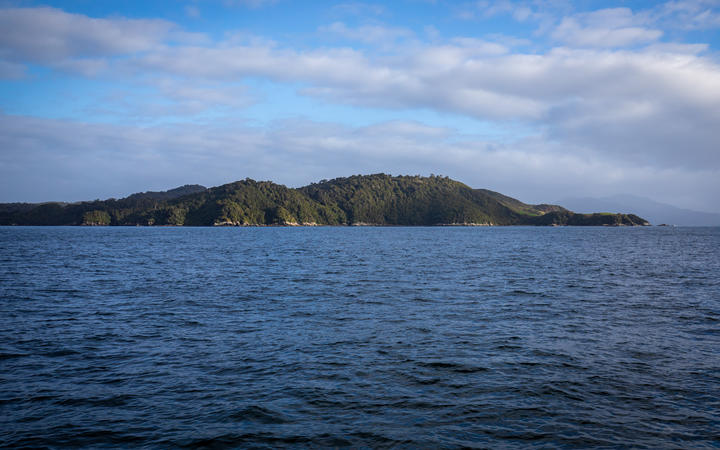 The warm waters at either end of the country move downstream (north-eastward from Stewart Island) and warm most of New Zealand’s eastern coast. Photo: RNZ / Nate McKinnon

In New Zealand, Fisheries Management Area 7 (FMA7) in the map matches hoki spawning grounds and is, therefore, of critical importance to deep-water fisheries. The hoki fishery is worth about NZ$230 million in export revenue. In 2017, the fishery’s catch shortfall was about 8500 tonnes, which constitutes a loss to the New Zealand economy of some NZ$13 million. 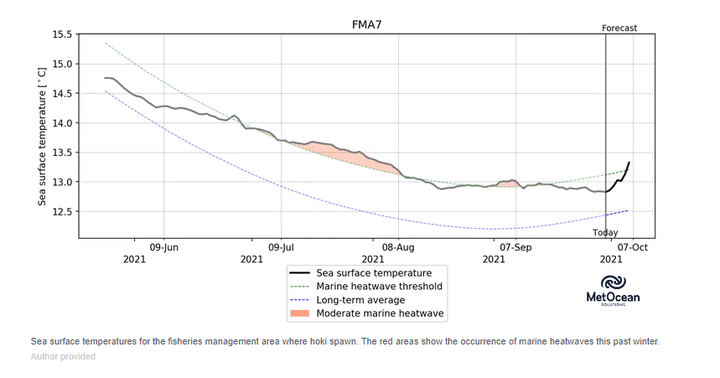 While the reasons for this are not yet fully understood, the Deepwater Group, which represent quota owners from New Zealand’s deep-water fisheries, suspects warmer-than-usual temperatures resulted in fewer hoki arriving at the winter spawning grounds off the west coast of the South Island.

A greater focus on winter marine heatwaves will help us understand how fisheries and aquaculture in New Zealand may be affected and what we can do to minimise economic, societal and biodiversity losses.

We know ocean temperatures are warming faster during winter than summer around New Zealand and across the wider subtropical southwest Pacific Ocean. The warming has become particularly evident since 2010 and has manifested in the emergence of the “Southern Blob”.

This ocean hotspot is centred northeast of New Zealand and has been linked to drought in both South America and New Zealand.

The current rate of warming in the Southern Blob exceeds natural variability, implying a contribution from human-induced climate change. Along with changes in the regional atmosphere, this large-scale process increases the likelihood of winter marine heatwaves around New Zealand.

Our research shows the deepest and longest-lasting marine heatwaves in the Tasman Sea are typically driven by ocean currents – in contrast to shallower summer marine heatwaves, which are driven by the atmosphere.

The warmer-than-normal winter ocean temperatures in the Tasman and coastal seas around New Zealand send warning signals about what the summer may bring.