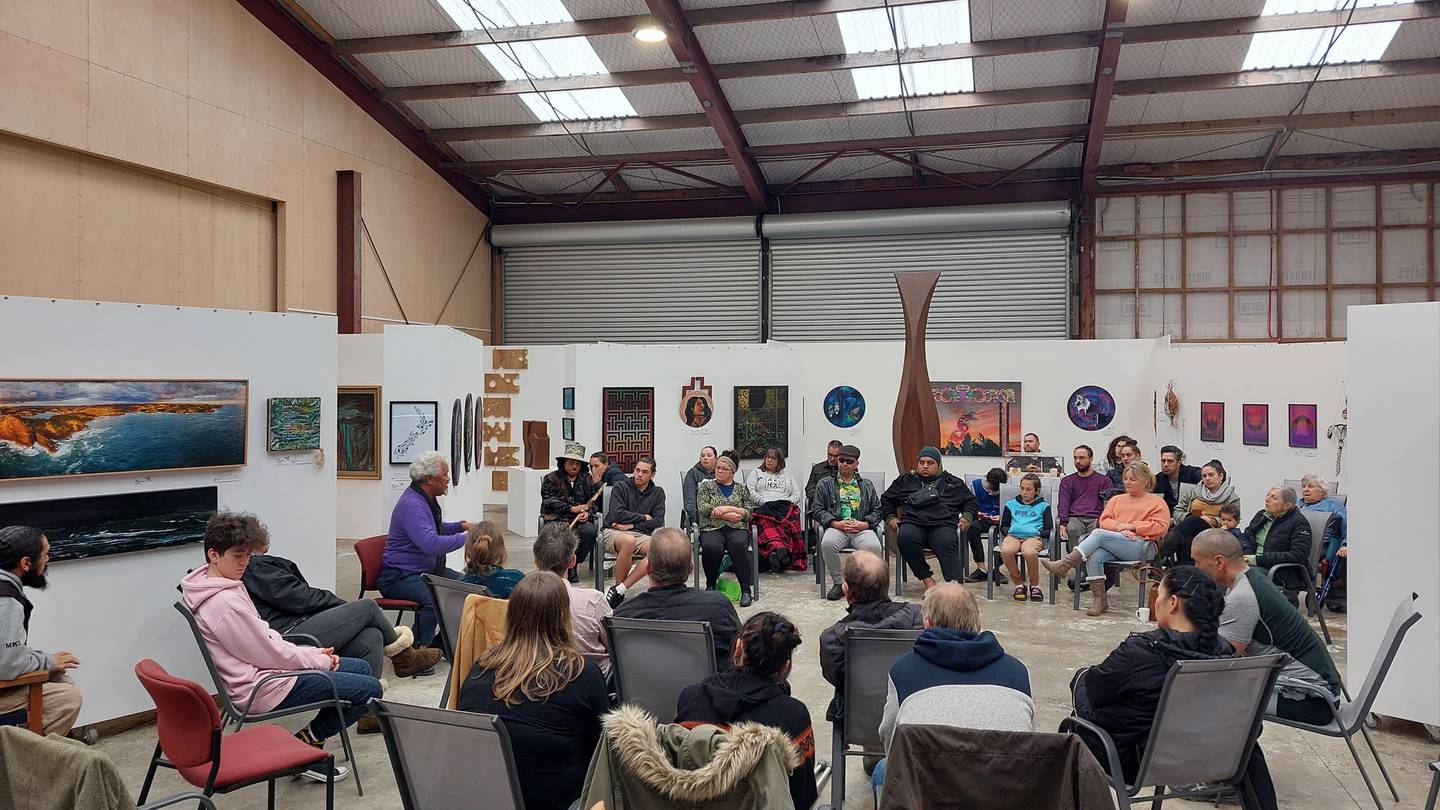 Recently I attended a hui discussing the mythical demigod Maui and his significance to Te Tai Tokerau (Northland).

It was the second talk in a series being hosted by master carver Te Warihi Hetaraka (Ngātiwai) at the Hihiaua Cultural Centre in Whangārei.

Hihiaua has recently been showcasing Ngā Pakiwaitara a Māui, a new way of sharing kōrero about Māui using augmented reality, bringing to life his connection to Ngātiwai.

There were a number of ideas discussed throughout the talk that resonated with me. One common theme was the importance of passing on knowledge in Māori culture and the ways in which this was done.

We spoke about Māui taking his grandmother’s jawbone as a symbol of the knowledge that she bestowed upon him. There were discussions about how Māui was an example of the fact that it was not always the eldest child, or even the eldest grandchild, that was chosen to be the bearer of knowledge.

At times, grandchildren were selected to be the bearers of knowledge for their whānau, instead of members of their parents’ generation.

They would be raised by their grandparents and made to sit at their feet, listening to the karakia, whakapapa, and stories that were being shared. The grandchild would follow their grandparents everywhere, constantly hearing the kōrero and often being made to repeat it. This style of learning is called rote learning.

It is the process of memorising information based on repetition. Rote learning enhances a person’s ability to quickly recall basic facts and helps to develop foundational knowledge of a topic.

Whilst Māori adopted rote learning for things such as whakapapa and karakia, it is important to note that meaningful learning was also vital to the transfer and retention of knowledge for Māori.

Meaningful learning connects learned knowledge with the knowledge we already have. For example, when someone enters a wāhi tapu without having the authority to do so, a specific karakia may need to be recited in order to restore them to a state of noa.

Through meaningful learning, we know that something must be done to restore this person to a state of noa, otherwise the extensions of tapu will continue to affect them in some way. We know the karakia that needs to be recited through rote learning.

Earlier this year, the Government announced that Aotearoa’s history will be a compulsory subject for all students in New Zealand up to Year 11.

The themes agreed to by Government in 2019 include the arrival of Māori to Aotearoa; first encounters and early colonial history of Aotearoa; Te Tiriti o Waitangi and its history; The colonisation of, and immigration to, Aotearoa, including the New Zealand Wars; Evolving national identity of Aotearoa in the late 19th and early 20th centuries; Aotearoa’s role in the Pacific; and Aotearoa in the late 20th century and evolution of a national identity with cultural plurality.

There is no questioning that it is important to teach our children about the history of Aotearoa but there are questions being raised about what will be taught and how it will be taught. What does the Government mean when it says Aotearoa’s history? Whose understanding of that history will be taught? How will success be measured?

Take, for example, the arrival of Māori in Aotearoa – although it was once widely believed that the ancestors of Māori came to Aotearoa in a single ‘great fleet’ of seven waka, we know that many waka made the voyage.

Many people also acknowledge Kupe as being the person to first discover these lands. However, a number of iwi also acknowledge the fact that there were people here to welcome Kupe to these shores.

From Ngātiwai through to Ngāti Kuri, it is widely accepted that Kupe and his fellow voyagers were not the first people to set foot in Aotearoa. We know this, because the knowledge has been passed down to us.

A concern I have is the further bastardisation of our mātauranga to fit a curriculum designed to be taught and assessed in an overtly non-Māori framework.

The arrival of Māori to Aotearoa is just one example of how understandings differ from iwi to iwi and indeed from whānau to whānau, as do teaching methodologies. The worldviews, understandings, and stories of the history of Aoteaora are unique to every iwi, hapū, and whānau.

The Government is currently faced with the mammoth task of designing a national curriculum that aptly acknowledges these unique understandings and methodologies.

Whilst I must applaud the Government for wanting to teach the history of Aotearoa, I fear that attempting to do so within the current framework of our education system could be detrimental to the integrity of our knowledge.

We also risk placing an unbearable burden upon those being forced to carry this knowledge, something that we know can affect a person’s wellbeing in more ways than one.