Secret deals and the pressure of pandemic politics

Secret deals and the pressure of pandemic politics

This week began with an intriguing Stuff report: The government was close to finalising a plan to quickly procure surplus vaccines from a friendly nation, with a potential deal being signed in the next few days. 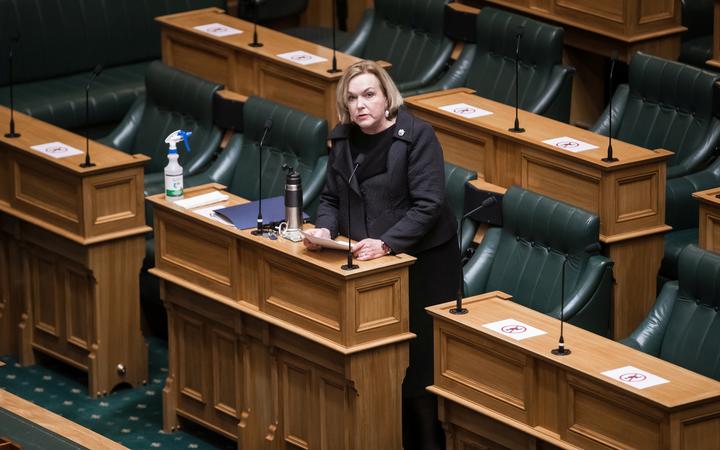 “The details of the potential transaction are being tightly held by Prime Minister Jacinda Ardern, with even trusted advisers being kept in the dark for fear of details leaking,” the report said.

It would be similar to the deal done by Australian Prime Minister Scott Morrison in mid-August when one million Pfizer shots were purchased from Poland, the report added.

By the end of the week the government had all but confirmed the report, but it was still keeping its secrets to itself.

Covid-19 Response Minister Chris Hipkins, questioned by media, got around it with vague responses. The government had been in negotiations for vaccines for more than a year, he said. That encompassed everything and gave away nothing.

Then, in Parliament, National’s Chris Bishop asked him: What countries? That drew from Hipkins a last resort response. “I certainly don’t believe it would be in the public interest to start naming countries or any potential partners at this time,” he replied.

So it is happening, and it’s fair enough for Hipkins to play the “not in the public interest” card if revealing details could prejudice a deal the government wants to seal really badly.

Getting hold of those doses would save it from the humiliation of having to slow down the rollout programme and endure even more opposition scorn and derision.

That’s a cracking pace and Stuff estimated that if it carries on as it is now the entire rollout would be completed by 5 November. Eighty percent of the eligible population would have had a first dose by 21 September, and 90 percent would manage it by 29 September.

There’s no apparent reason why that can’t be achieved, and it would be a huge success for the government even though New Zealand is behind many other countries – but to get there it has to have more vaccine. Pfizer deliveries, coming in at around 300,000 a week until ramping up in October, won’t cut it.

Ardern has said the worst-case scenario would be reverting to the original plan which was to run vaccinations at about 350,000 a week in line with expected deliveries.

Unless the momentum of the rollout can be maintained the government will continue to be at the mercy of the opposition and its most powerful weapon – accusations that it has failed to protect the population, which Collins calls an appalling failure of public policy.

Collins was herself under pressure this week after National and ACT insisted Parliament should sit in-person, rejecting the government’s offer of a virtual set up.

The Herald’s Audrey Young said Collins had taken a big risk by forcing the issue.

“Her judgment is on trial – as will be her performance when Parliament resumes at 2pm,” she said on Tuesday.

“That performance needs to be pretty special to justify opening this week, when the country expects most of the government’s efforts to be focused on getting on top of Delta.”

How did it go? The next day Young’s colleague Thomas Coughlan reported – it had fizzled out.

“The question in this case was whether in-person Parliament accomplished anything that a digital parliament could not. The answer yesterday was more or less ‘no’,” he said.

Then there was Collins’ extraordinary interview on TVNZ’s Breakfast programme with host Indira Stewart.

Collins took exception to being questioned about why she and some of her MPs had come to Wellington from Auckland under level 4. As the interview degenerated into heated exchanges she accused the media of asking the prime minister soft questions, and later said Stewart seemed to have a political agenda.

During subsequent media interviews Collins brushed it off, likening it to a good session in the gym, but Newshub’s Tova O’Brien said it had raised some eyebrows in National’s caucus. “Although she enjoyed herself and rated her performance, not everyone in caucus feels the same.”

RNZ’s political editor Jane Patterson said Collins was “brittle and defensive” in front of the media.

“Covid-19 can make or break political leaders and Judith Collins looks like a leader in danger of cracking,” she said.

“Of course she’s under pressure and no doubt frustrated by feeling… shut out of the political arena while Ardern dominates the airwaves day after day with a captive audience.

“Now, however, is a time when the public is looking for cool, calm leadership and precise interrogation of the government and any failings. That was not on display.”

The government is always under pressure and more was piled on this week as Covid-19 cases continued to stretch MIQ facilities. Hipkins extended the freeze on bookings by citizens and residents wanting to come home, which generated another flurry of distraught complaints from Kiwis stuck overseas.

RNZ reported Hipkins asking for patience, but there didn’t seem to be any of that around.

When bookings can resume, and there’s no date set for that, there will be a new system in place. The first-come, first- served arrangement, which has caused much discontent, will be replaced by a virtual queue from which applicants will be randomly selected.

National has proposed a point-based system, similar to that used to decide which immigrants can come to New Zealand. Those with urgent needs such as medical emergencies or wanting to see a dying relative would get more points.