Analysis – More than half of Australia’s population is now living in states that don’t expect to return to being coronavirus-free before vaccination levels dramatically improve, if at all. 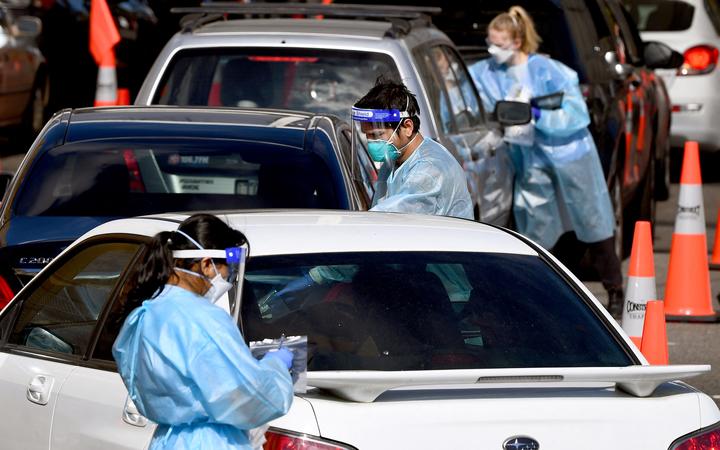 The Victorian government yesterday conceded its outbreak of the Delta variant is highly unlikely to be beaten back to zero, meaning its long lockdown is set to stretch well into spring.

It’s the second state, after New South Wales, to determine that even though cases are still growing, it has nothing left to throw at the Delta variant.

Delta has proven to be a formidable foe, even against the tools that worked to suppress outbreaks across the country last year, including Melbourne’s devastating second wave.

On a day where case numbers spiked into the triple digits, Victoria’s Premier Daniel Andrews said the health advice had “fundamentally changed”.

“These last few days have seen a dramatic shift in the nature and the number of cases coming forward,” Mr Andrews said yesterday.

“The experts are very clear with us. We will not see these case numbers go down. They are going to go up.”

The focus is now on suppressing case numbers for long enough to, in the Premier’s words, “buy us time”.

That’s similar to the current New South Wales approach, where the lockdown has slowed but not halted growth, and the hospital system is coming under increasing pressure from growing numbers of Covid-19 patients.

The decisions of Victoria and New South Wales mean those two states are no longer in lockdowns intended to crush the outbreak.

They’re now locking down to bridge the gap to mass vaccination, and minimise the health and hospital impacts until they get there.

Those lockdowns are guaranteed to be long, and as compliance fatigue has set in, both governments have faced calls to loosen harsh restrictions without a clear benefit in stopping transmission.

Hence a very modest easing of some restrictions in Victoria from tonight, and the allowance by New South Wales for fully vaccinated people outside hotspots to hold small group gatherings from mid-September.

There’s a glimmer of hope in that the first milestone for some further easing of restrictions in Victoria is only a few weeks off.

If the current weekly pace of first doses was to continue, the state would reach first dose coverage of the 16-plus population around 20 September.

New South Wales is very likely to reach the same point today, while the ACT is on track to get there early next week. 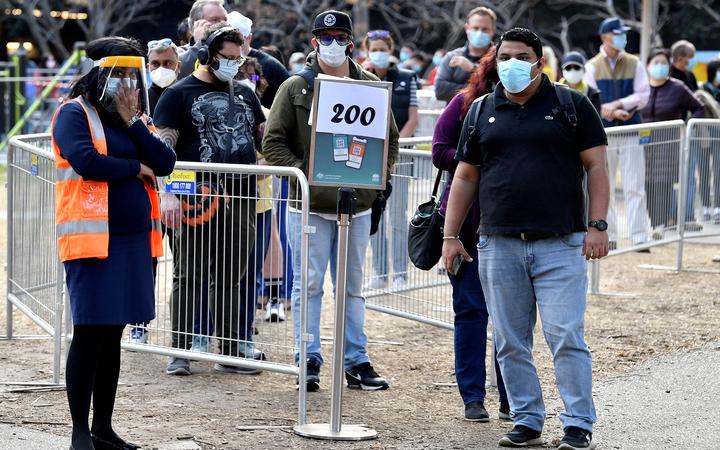 People in Sydney queue for a vaccination Photo: AFP

Victoria’s waiting period is likely to shorten a little further as more Pfizer vaccine doses become available, and more people get the AstraZeneca shot amid the heightened urgency.

At that point, Melburnians regain some small freedoms, but the city is likely to remain under most of the lockdown rules.

This is not a quick path to freedom.

Is there really nothing left to throw at Delta?

Earlier in the Sydney outbreak, the New South Wales Chief Health Officer repeatedly said there was more to be done to stop transmission in essential workplaces.

That was never explicitly addressed with new rules by the state government. The closest it came was to introduce a vaccination requirement for authorised workers leaving hotspot areas, which will take effect from next week.

The latest round of federal income support, too, has left out some people who were covered by the original JobKeeper scheme.

People on JobSeeker payments have not received the same doubling in their payment they got in 2020.

Would that have helped keep more people at home? It’s now a question with an unknowable answer.

Victoria locked down immediately and with fewer than 10 cases, and infection rates have still soared.

Ultimately, the change in strategy likely rests in part on a view that it will take longer to bend the curve through harsher restrictions than it would to raise vaccination levels to the point where that contributes to slowing the spread.

The ACT, with its frustratingly stubborn outbreak, could yet find itself making the same decision.

It is far earlier in the outbreak there, with considerably smaller numbers than in Victoria, so the ACT still has far higher chances of suppressing this outbreak.

But what was initially announced as a one-week lockdown, now stretches out to five.

The ACT government too, recognising the toll lockdowns take, has reopened playgrounds and is allowing small group gatherings outdoors.

“We’re coming into spring. People want to have some social interaction with others. That’s why you can’t just wrap everyone in cotton wool and never have anyone come into contact with anyone else. That’s not feasible.”

The other states and territories, currently outbreak free, will need to decide how they transition to a post-vaccination world.

None of the other premiers want any outbreaks seeded in their communities while the vaccination levels are where they currently are.

They’ll need to decide when that’s something they’re prepared to risk, while states like NSW are contemplating resuming widescale international travel for the first time in 18 months.

There is every chance the people of New South Wales will be able to fly overseas for a holiday, before they can get to Perth.