Opinion: The only viable, realistic path to peace for Israel, Palestinians

Home/Opinion/Opinion: The only viable, realistic path to peace for Israel, Palestinians
Previous Next

Opinion: The only viable, realistic path to peace for Israel, Palestinians

Opinion – Sometimes it is easier to dwell in the past than deal with the present. It is understandable that the present would challenge some people as more Arab states normalise and thaw their relations with Israel, Palestinian Arab citizens of Israel now form part of the Israeli coalition government, and those same citizens continue to outperform their fellow Arabs in neighbouring states on all sorts of indicia from human rights to education to life expectancy. 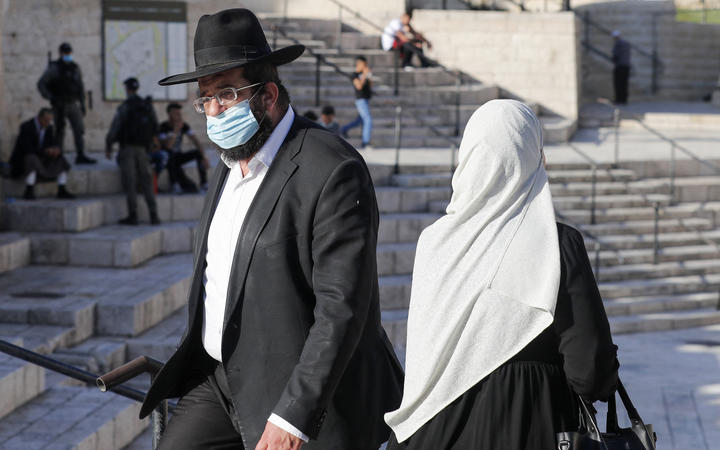 A Palestinian woman and a Jewish man walk past each other at the Damascus Gate of the old city of Jerusalem, 31 May 2020. Photo: AFP / Ahmad Gharabli

Yet, the claim that Israel is akin to Apartheid South Africa is absurd.

Two reports cited in a recent opinion piece by national chairperson of the Palestine Solidarity Network Aotearoa, John Minto, both distinguished Israel from South Africa’s reprehensible regime, despite what the article implies.

It is absurd to compare Israel to apartheid South Africa when the Arab population of Israel that constitutes 20 percent of its citizenship, as well as all other minorities, vote, have equal civil rights and are protected at law from discrimination.

Israel’s accusers focus on the Law of Return – the assurance given to Jews around the world that they will always find a home in Israel – as an example of Israel’s “apartheid”. This law was implemented when the modern state of Israel was founded in 1948 when one of its most pressing needs was to absorb hundreds of thousands of Jewish refugees rendered stateless after the Holocaust. Since then it has absorbed millions of Jews – many of them refugees – including 850,000 who fled Middle Eastern and North African countries in the 1940s-50s. To assert that providing this refuge from the racism that has seen Jews ethnically cleansed, ghettoized, enslaved and massacred over millennia, is itself a racist inversion.

It is also a double standard, ignoring the fact that many states’ immigration policies are based on their own history and ethnic or national character, including Japan, Greece, and Finland.

Accusers seem not to believe that the Jewish people have a right to self-determination. They seem to believe the very idea of a Jewish homeland where the state, like every other, gets to decide who its citizens are, is inherently racist and this homeland, one half the size of Canterbury, alone among all the states of the world, must be erased.

Based on the other Arab states and the protracted, tragic conflictbetween the Palestinian and Israeli people, the utopia that some activists hope for would likely be a country where its citizens don’t genuinely vote, women are second-class citizens, religious and ethnic minorities and LGBT are persecuted if they are lucky enough not to be executed, and Jews flee for their lives.

Most importantly of all, but unsurprisingly, polls show that neither a majority of Israelis or Palestians want a binational state.

Israel is a multi-ethnic, multi-religious democratic liberal society, unique among its neighbours, and constantly struggling to maintain its character and values while protecting its citizens from the threats that have been a constant feature of Israel’s existence. Certainly, like every country, it has racism in its society. There is also no denying that the Palestinian people who are not citizens of Israel suffer. But that is primarily attributable to their leaders – the corrupt Palestinian Authority and the tyrannical Hamas, between themselves locked in an apparently intractable conflict; and to the fact that every offer for statehood has been rejected, in the vain hope of eventually achieving their maximalist hopes for all the land “from the river to the sea”.

In the meantime, the Palestinian people continue to have their own President, Prime Minister, governing bodies, courts and laws, as agreed under the Oslo Accords – demonstrably at odds with the claim of “apartheid”.

If Israel practises a form of apartheid, then so do untold other states in the world, yet for some mysterious reason it is only that state whose eradication is regularly called for, in protests, columns, academia and elsewhere.

While Archbishop Tutu has been outspoken against Israel, his comments about “the Jewish lobby” and “a peculiar people” surely expose his biases as much as the facts. Nelson Mandela was far more reasonable on the subject: in 1993 he said “we recognise the legitimacy of Palestinian nationalism just as we recognise the legitimacy of Zionism as a Jewish nationalism. We insist on the right of the state of Israel to exist within secure borders, but with equal vigour support the Palestinian right to national self-determination.”

Some anti-Israel activists would have us believe that Mandela’s vision, with its premise of Jewish nationalism alongside Palestinian nationalism, is racist. But it is a vision that remains the only viable, realistic path to peace and fulfilling the aspirations of both peoples.