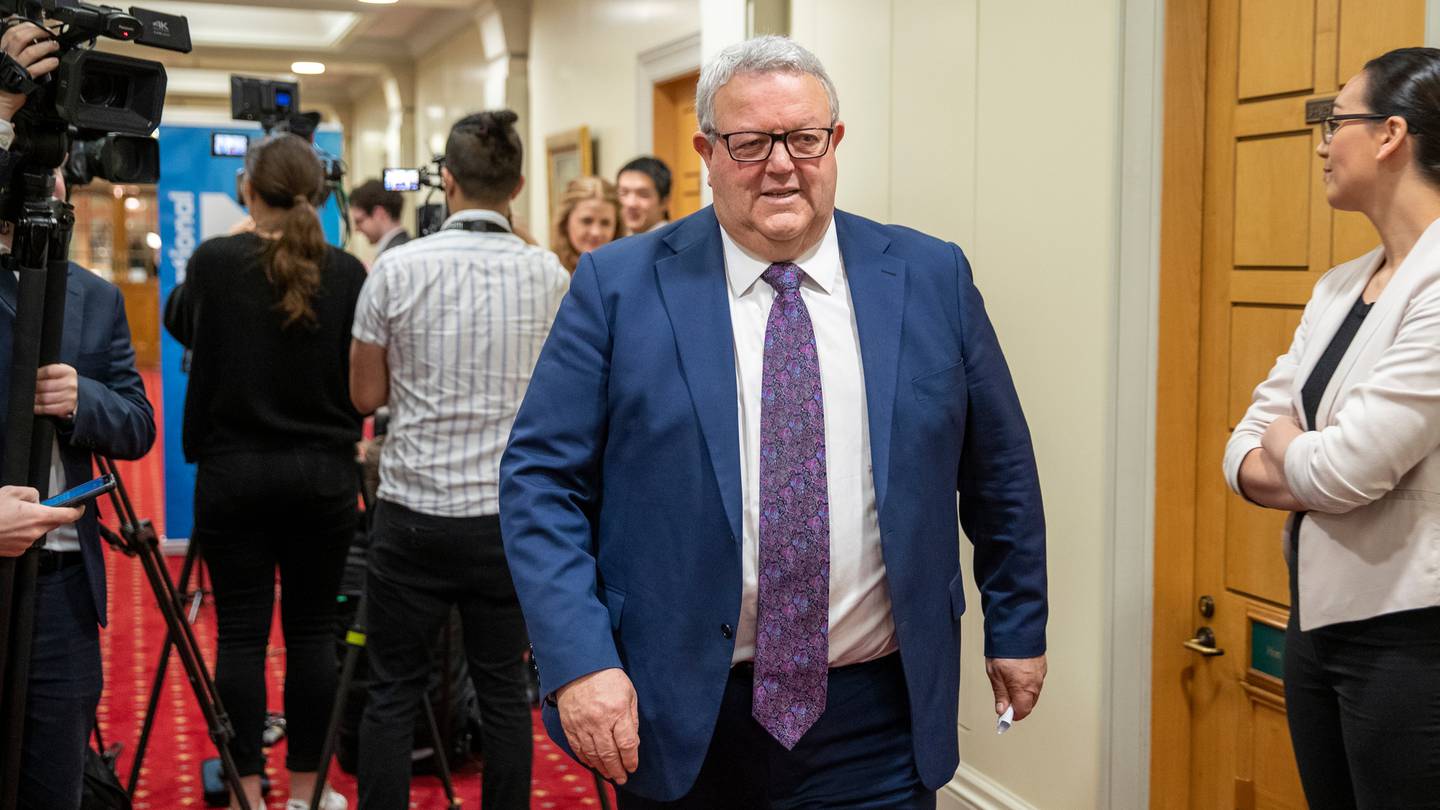 National Party’s Foreign Affairs spokesperson Gerry Brownlee’s comments about whether New Zealand should follow Australia’s law on revoking citizenships – in light of a terror suspect’s repatriation – is stirring up debate.

New Zealand-born Suhayra Aden, 26, and her two children were detained by Turkey after trying to illegally cross the Syrian border earlier this year.

Her citizenship for Australia – where she had mostly lived prior to leaving for Syria – was revoked by the Government without New Zealand’s consultation.

Yesterday, Prime Minister Jacinda Ardern revealed New Zealand and Turkish authorities had struck a deal for the 26-year-old and her children to be repatriated.

While National Party deputy leader Shane Reti told RNZ that the Government’s repatriation decision was the right one, fellow party member Gerry Brownlee would not say if he supported the move.

“I’m not going to answer that,” he said.

“Because the question is should we have had legislation similar to Australia that says if you leave the country to join a terrorist organisation, you effectively abandon your citizenship. I think the fact we don’t, has got us into this [situation].”

As a result, he said, it was clear “there was no [other] choice” for the Government.

Yet Reti said it was disappointing that Australia had walked away from its responsibility by cancelling Aden’s citizenship.

“We need to fundamentally put the children first, this wasn’t their choice, the circumstance they found themselves in, and how do we wrap around them and give them the best start, the best future, the best hope and then make sure we do it in a safe way for the mother as well.”

Middle East scholar and economist Karam Shaar was against bringing in laws to revoke citizenships, saying international governments had a responsibility in the current situation in Syria.

“We shouldn’t be revoking people’s citizenships because they misbehave or they do something wrong,” Shaar told RNZ.

“Where else do they go? And what about Syria? Why should Syria be in charge of these people? There are thousands of them. ISIL fighters are now concentrated in many camps around the country.

“In one of the camps, just a single one, called al-Hol camp, there are 60,000 ISIL fighters. Two thirds of whom are not Syrians – these are international firefighters. This is an international problem.”

He said it was sad to see most people associate Syria with terrorism or terrorism with religion when cases like this arise.

A former counter-terrorism expert for the US government Paul Buchanan said New Zealand should not follow Australia’s “abysmal” track record, and the way they revoked Aden’s citizenship was “absolutely reprehensible”.

“We don’t want to go down that path, but they are our biggest ally, they are our most important partner,” Buchanan told RNZ.

The prime minister yesterday also provided reassurances that police and other agencies were involved in managing the return.

However, specific details – including when they will arrive in New Zealand and what security arrangements will be in place – have not been made public.

Brownlee questioned why the Government would not provide more details about the arrangements.

“Let’s be clear there are 11,000 people in this country right now on temporary visas, who are in the country working, came here because they have something to offer, who are now being told that they may have to leave very shortly. Yet this woman … [is] deported from Turkey and gets somehow free passage and a whole lot of support,” he said.

“The fact is she’s being deported from Turkey for a reason. There must be some sort of evidential basis there that gives the Turkish authorities – because they’re not a silly government, they’re quite an organised state – to actually decide that she needs to be deported. So, why can’t we know that.”

He said they were told last Friday that she would be coming this week.

Expert Paul Buchanan said it was unreasonable of Brownlee to expect more details, and added that his comments were ignoring the fact there just as much risk to Aden’s own safety.

“There’s two sides to the security equation. One is does she present a threat to us and obviously the police are making their inquiries now to find out if indeed she is.

“The other one, which Brownlee obviously doesn’t want to talk about, is the threat to her from Islamophobes in this country.

“We have to be very clear here no Muslim has ever committed an act of politically motivated violence in New Zealand ever, before 9/11 or after 9/11.

“But right-wing extremists not only have committed the Christchurch atrocity, have a history of low level, street level attacks against people of colour for racist and xenophobic reasons. So if there is a threat in this equation, it is the threat to her and her family.

“So that’s why the Government has to parse its words when it comes to where she will be relocated, whether or not there might be an identity change in the offering.”

Middle East scholar and economist Karam Shaar said the Government was doing the right thing by repatriating Aden and her children.

“In fact, I wouldn’t even stop there. There are many other Kiwis who are currently within Syria, those who have supported ISIS in one way or another and they can’t really now go back to New Zealand simply because they can’t leave the camps where they’re currently at within Syria.

“This woman was lucky in that she managed to escape and enter Turkey.”

He said while there was an element of risk to her return, it was not high enough to refuse entry.

“I think you’re more likely to die falling off the bed currently in a Western country than dying from a terrorist attack from an Islamist.”