Home/News/Olympics: Comfortable start for NZ rowers in Tokyo
Previous Next

The New Zealand rowing squad has enjoyed a successful opening day at the Tokyo Olympics with all bar one directly qualifying for the quarter or semi-finals.

Emma Twigg and Jordan Parry both comfortably advanced to the quarterfinals of their respective single sculls events with Twigg winning her heat and Parry finishing second in his. Parry gained selection ahead of two time Olympic champion Mahe Drysdale.

Twigg told Sky Sport she was pleased to simply be back racing after a year and a half away.

“It’s been a long time coming and it was certainly a bit off a lung buster… certainly a few nerves as the Olympics is a special event but I guess it’s a good thing that we experience nerves because you know it means something,” she said. 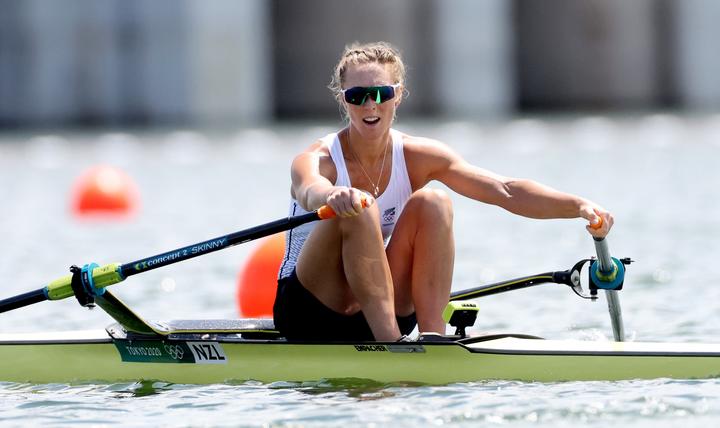 Emma Twigg on her way to winning her single scull heat in Tokyo. Photo: Photosport

The men’s double scull of Chris Harris and Jack Lopas hung on to third to advance to the semis while the women’s double Hannah Osbourne and Brooke Donoghue won their heat to go through to the semis.

The women’s quad of Olivia Loe, Eve Macfarlane, Georgia Nugent-O’Leary and Ruby Tew are the only crew that will have to go through the repechages after finishing a distant fourth in their heat, where the first two qualified for the semi-finals.

It will be the first time a male and female athlete have jointly carried the New Zealand flag at an Olympic Games Opening Ceremony, with a change in Games rules allowing for the naming of both a male and a female flagbearer.

Bond and Hirini will wear a kakahu (cloak), a pounamu pendant and a classic black blazer featuring the silver fern and a message embroidered inside the blazer that reads – “We have been wearing the silver fern for 100 years. At the Tokyo Olympic games we come together to honour this legacy, and share in its future. We are the New Zealand Team, 1920 – 2020, Ko Tatau te Kapa o Aotearoa.” 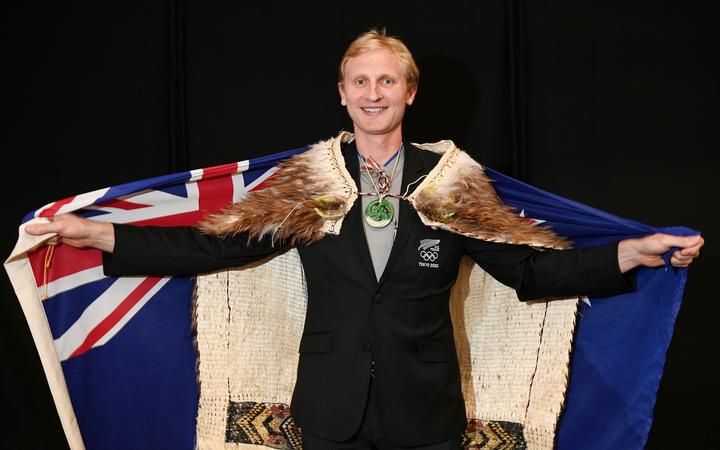 Waddell says marching in an Opening Ceremony is something you never forget.

“It’s always hugely special to march in the Opening Ceremony and these athletes will be extremely proud to walk under that New Zealand flag,” said Waddell.

“Sarah and Hamish were chosen to carry the flag as they are outstanding athletes and are leaders off the field of play. They’re real role models and we look forward to seeing them lead our team this evening.”

The 129th nation of 206 to enter the Tokyo Stadium, the New Zealand Team will be preceded by Niger and followed by Nepal, alphabetically according to the Japanese alphabet.

New Zealand will be represented by 211 athletes in Tokyo, made up of 101 females and 110 males, with athletes competing in 22 sports.