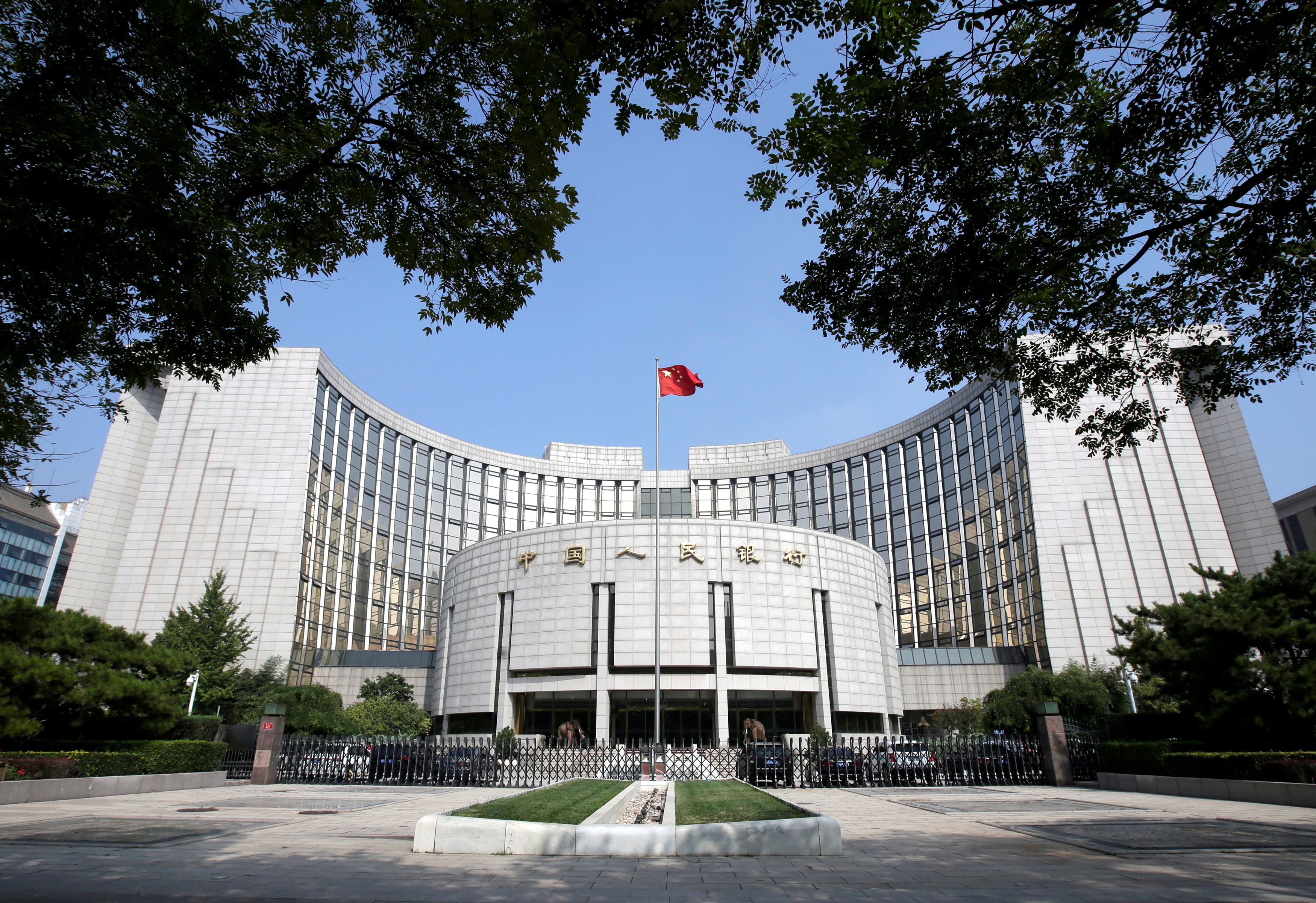 Headquarters of the People’s Bank of China (PBOC), the central bank, is pictured in Beijing, China September 28, 2018. REUTERS/Jason Lee/File Photo

LONDON (Reuters) – China’s decision on Friday to give its economy a 1 trillion yuan ($154 billion) shot in the arm has given investors a reminder that even the largest economies are likely to the need the occasional pick-me-up while the coronavirus pandemic lasts.

In one of its trademark Friday night moves, the People’s Bank of China (PBOC) cut its reserve requirement ratio (RRR) – the money banks have to park at the central bank for safety – by 50 basis points (bps).

It is the first such step since April last year when COVID was rapidly spreading around the world. Just as significantly, it ends nine months of gradual policy tightening by authorities eager to prevent credit growth getting out of control.

“We believe this marks a shift from countercyclical tightening to an easing bias,” analysts at Morgan Stanley said, “in view of the recent growth hiccup amid Covid resurgence, supply chain disruptions, and further moderation in domestic consumption.”

UBS’s head of emerging market strategy Manik Narain said the move was a fine-tuning rather than a screeching U-turn by the PBOC. Around 400 billion yuan of the 1 trillion the RRR is estimated to be worth is likely to be used to repay existing PBOC ‘Medium-term Lending Facility’ funding, while 700-750 billion of tax payments are also due soon.

But, from a global perspective, it was a pointed reminder that reeling in COVID support measures isn’t going to be a smooth glide for anyone.

“China was first in, first out (with COVID policy support)” Narain said. “So if you are thinking about the global significance, it is possible that the message here is that the PBOC is showing that economies are somewhat fragile and inflation is not likely to be too damaging over the medium term.”

The PBOC’s move comes amid a rapid re-acceleration of global COVID cases.

At the same time, though, the U.S. Federal Reserve is weighing when to taper its asset purchases and near-zero interest rates it put in place last year and emerging market heavyweights like Brazil, Mexico and Russia are jacking their interest rates up already to address spikes in inflation.

The bond market appears to be responding to the turn in China’s rate cycle by pricing in lower interest rates over the medium term. Even prior to the RRR announcement, hints earlier this week that a cut was coming led China’s 10-year government bond yield to post its biggest weekly decline this year.

The economy is still expected to grow more than 8% this year, however, against the government’s modest growth target of over 6%, suggesting there is no big pressure to step up easing.

“We expect fiscal policy to remain focused on specific sectors most affected by the pandemic like small companies. We also expect macro prudential tightening on the property market to remain in place,” said Gustavo Medeiros, deputy head of research at Ashmore Group.

UBS’s Narain said another take away from of Friday’s move was that other big emerging markets were likely to see it as sign of things to come in their own economies.

“If I am the head of the central bank of Mexico or Brazil and have already been hiking rates, it is also telling me that the (interest rate) hiking cycle is probably going to be shallow.” 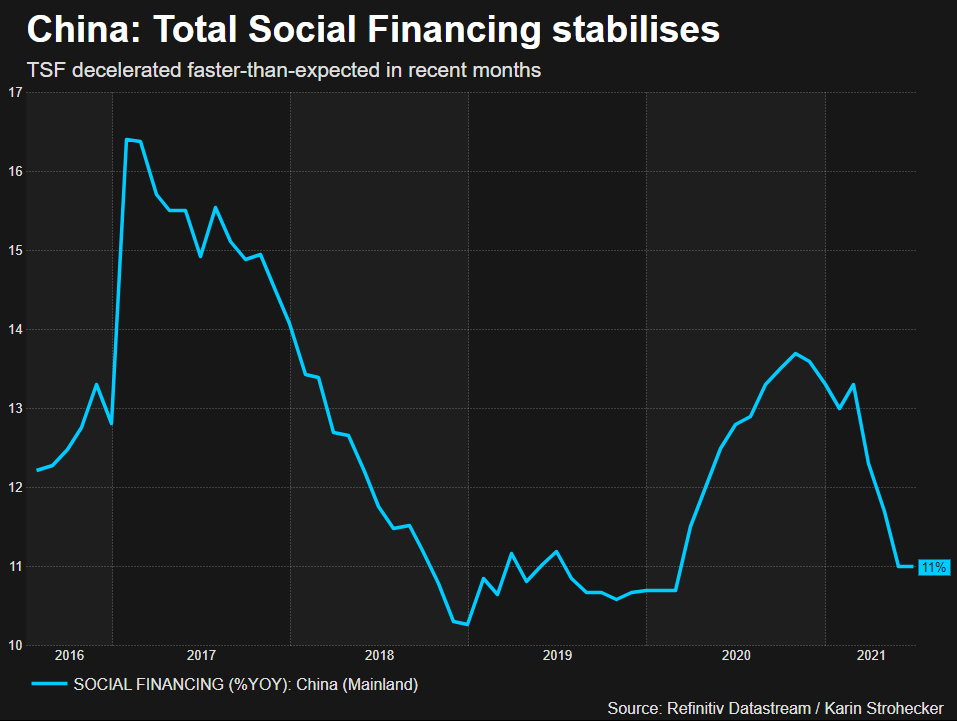