Opinion – Benjamin Netanyahu’s ousting from power and the formation of a new coalition government in Jerusalem may be a chance for New Zealand to make a fresh start in its relationship with Israel. 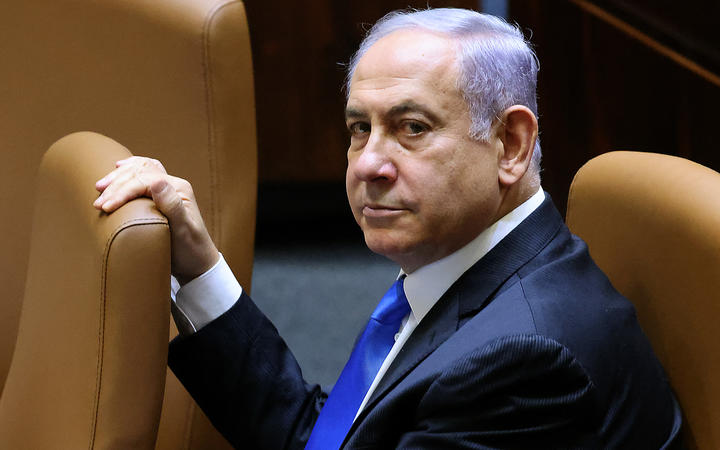 The new Israeli government, in which the right-wing nationalist Naftali Bennett will initially serve as prime minister, is a complicated one. The coalition deal involves eight parties that span the political spectrum and which have little in common ideologically. One coalition partner, the independent Arab party Ra’am, supports the creation of a Palestinian state. But two other right-wing parties – Yamina and New Hope – are strong supporters of Israel’s policy of building settlements in the West Bank.

The driving force behind the coalition, aside from the motivation to break a stalemate and avoid Israel holding its fifth election since 2019, was largely the opportunity to oust the polarising Benjamin Netanyahu – who had held office as prime minister since 2009.

New Zealand’s relations with Israel during Netanyahu’s time in power were strained. They reached their lowest point in 2016, when Israel severed working ties with New Zealand for six months, after New Zealand co-sponsored UN Security Council Resolution 2234 that condemned Israel’s policy of settlement-building in the West Bank.

At the time, Netanyahu was reportedly furious at New Zealand’s involvement, telling then foreign minister Murray McCully that co-sponsoring the resolution would be tantamount to a “declaration of war”.

In diplomatic terms, Netanyahu’s punishment of New Zealand was at the more severe end. It included recalling the Israeli ambassador in Wellington, Itzhak Gerberg, and barring New Zealand’s non-resident ambassador to Israel, Jonathan Curr, from travelling to the country.

The relationship was officially restored in 2017, after Gerry Brownlee replaced Murray McCully as foreign minister and following then Prime Minister Bill English expressing regret at the damage caused to NZ-Israeli relations.

Israel sent Itzhak Gerberg back to Wellington, who completed his term as Israeli ambassador last year.

While the countries were officially back on good terms, smaller niggles continued. These included a smaller diplomatic spat in 2018 – after New Zealand condemned the killing by Israeli forces of over 50 Palestinians – some armed, some not – who were attempting to cross the border from Gaza.

In early 2020, then foreign minister Winston Peters’ mishandling of an invitation to attend a Holocaust commemoration marking the 75th anniversary of the liberation of Auschwitz again irritated the Israeli side.

New personalities may help to improve the relationship. On top of Benjamin Netanyahu’s exit, Israel appointed a new Israeli ambassador to Wellington – Ran Yaakoby – at the end of 2020.

Yaakoby is an experienced career diplomat and has held numerous senior roles at Israeli’s foreign ministry in Jerusalem. He carries little of the baggage of the recent disputes, unlike his predecessor.

From the New Zealand side, foreign minister Nanaia Mahuta is also largely a blank canvas as far as relations with Israel are concerned.

In Israel’s war on Gaza last month, Mahuta was careful with her words, calling for de-escalation from both Hamas and Israel – rather than seeking to apportion blame. Jacinda Ardern followed suit and gave the impression that New Zealand would prefer not to get involved.

Although there is a chance to make a fresh start, there are also challenges.

The first is the fact that Israel’s policy towards Palestinians is likely to remain the same, even under the new government.

Naftali Bennett is a hardliner, not a moderate, and the Arab party Ra’am is likely to have relatively little sway. 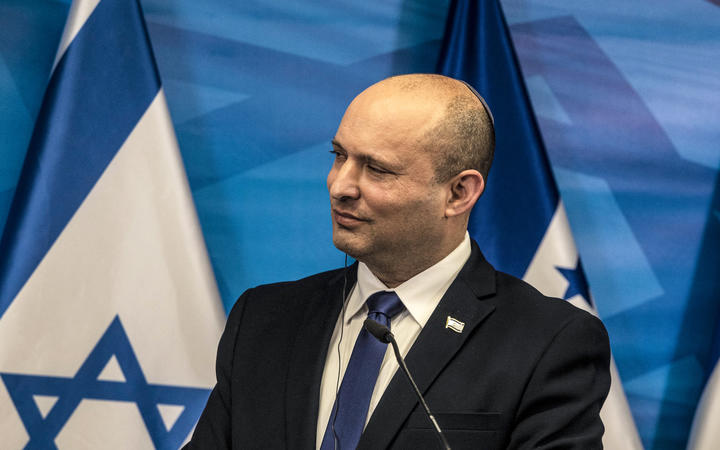 Without any substantive change to the Israeli position on the Palestinians, it is difficult to imagine Mahuta or Ardern suddenly finding a reason to pay more attention to the relationship with Israel.

Israel’s protectionist policies on agriculture, combined with the need to meet kosher requirements for meat and dairy exports, has largely resulted in New Zealand exporters judging the small Israeli market – population 9 million – as not worth bothering about.

Even before Covid-19, New Zealand exported only $60 million worth of goods and services a year to Israel – less than it sells to troubled Libya and only a fraction of what it sells to Egypt, for example.

Indeed, this perceived lack of trade relevance may provide one reason why New Zealand has at times been willing to speak its mind and offer unusually forthright criticism of Israeli foreign policy.

It would be difficult to imagine New Zealand co-sponsoring a UNSC Resolution criticising China in the same way it did in relation to Israel in 2016, for example.

The fact that New Zealand so often interprets foreign affairs issues through a trade lens might also explain why this country has been in no rush to open an embassy in Tel Aviv. Instead, New Zealand diplomacy has continued to deal with Israel via accreditation of its ambassador in Turkey. The lack of reciprocal direct Wellington representation is an obvious source of frustration for Israel, which reopened its own embassy in Wellington in 2010.

Historically, another likely explanation for New Zealand’s unwillingness to forge closer ties with Israel has been a fear that this could potentially endanger New Zealand’s significant trade volumes with other countries in the Middle East – such as Iran and Saudi Arabia. The lure of these markets – and demand from other Muslim countries in the Middle East and elsewhere – prompted New Zealand to make a significant proportion of its meat production halal-certified from the 1970s onwards.

However, nothing is static in the Middle East and change is undoubtedly afoot. Last year, Israel signed peace deals with Bahrain, Morocco, Sudan and the United Arab Emirates (UAE) – with tacit approval from Saudi Arabia. The five countries are increasingly united by their opposition to Iran, including the proxies and movements supported by Tehran throughout the Middle East – such as Hamas in Gaza, Hezbollah in Lebanon and the Houthi rebels in Yemen. In New Zealand, the military wings of both Hamas and Hezbollah are designated terrorist entities.

For Wellington, the new peace dynamics in the region should make it easier to see Israel as part of a wider strategy in the Middle East – with new opportunities. One immediate tangible benefit of the rapprochement between the UAE and Israel has been the launch of flights from Dubai to Tel Aviv – which will provide a useful new link for New Zealand exports into Israel.

Normalisation agreements struck last year – known as the Abraham Accords – mean that any improvement or development in New Zealand’s relationship with Israel is now unlikely to threaten the expansion or upgrading of New Zealand’s lucrative trade ties with the Gulf.

While the Israeli market will never be a large one, its relative wealth means it could certainly play a bigger role for New Zealand exporters. In recent years, Israel has relaxed high tariffs on imported butter after suffering ongoing shortages. More broadly, Israel’s rapidly growing population and the impact of climate change on agriculture may see it more reliant on food imports. For New Zealand, Israel could be another part of the diversification away from China that Mahuta has advocated.

Amidst all these new developments, perhaps the biggest unresolved question for Wellington when it comes to Israel is where New Zealand’s historically strong trading relationship with Israel’s nemesis – Iran – fits in. While US sanctions mean New Zealand’s trade with Iran is largely on hold, Iran is currently renegotiating its nuclear programme with global powers in Vienna.

Should sanctions be lifted, Wellington might be keen to rekindle its own relationship with Tehran. But too much enthusiasm could put New Zealand offside with both the Gulf states and Israel.

And that goes to show that in the Middle East, things are often more complicated than they might first appear.