Analysis – Two years after the Christchurch Call was initiated, the United States has finally joined. 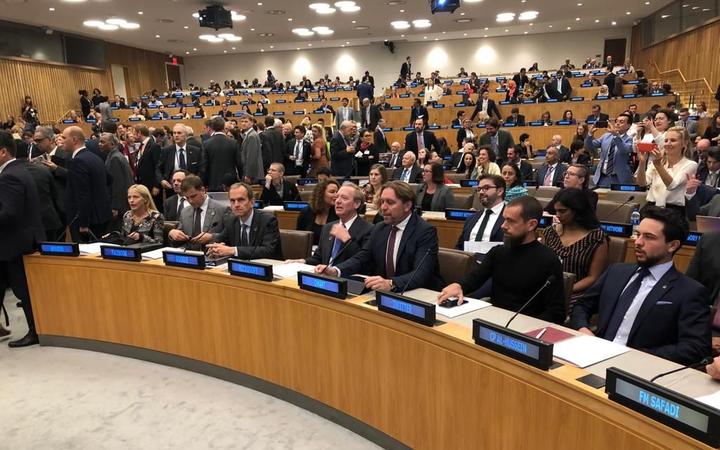 However, while the recent increase in focus on prominent far-right extremist content is good to see, could the Christchurch Call, and wider counterterrorism measures, end up hurting the communities they are supposed to help?

As a policy, the Christchurch Call has the potential to adversely impact minority groups and limit legitimate political speech.

The Christchurch Call, founded two months after the terror attack in Christchurch in 2019 claimed the lives of 51 people, is a commitment for governments and tech companies to remove violent extremist content from online platforms. This is part of a counterterrorism approach known as Countering Violent Extremism (CVE), which is aimed at preventing the root causes and blocking pathways to terrorism. This approach features partnerships with at-risk communities and individuals, to prevent people becoming radicalised.

However, CVE is controversial. CVE policies have led to discrimination against minorities, particularly Muslims, and have used debunked theories and methods of identifying radicalisation. Some CVE policies have been criticised as focusing too much attention on surveillance of Muslim communities and ignoring the threat of far-right extremists.

Most fundamentally, CVE programmes are criticised as limiting or infringing on human rights. CVE policies, specifically those looking at online violent extremist content, impact rights such as freedom of expression, access to information, and due process.

While the Call places value in freedom of expression, this can be interpreted differently globally. The US has one of the most liberal understandings of freedom of expression in the world, with the First Amendment guaranteeing protection for nearly all speech. This saw the Trump administration refuse to officially join the Call, while still supporting its overall agenda.

With the US joining the Call, there is likely to be a renewed effort to support these kind of CVE programmes, as opposed to traditional counterterrorism strategies.

The New Zealand government’s previous strategy for addressing terrorism clearly had some flaws. The overt focus on Islamist terror, so much that non-Islamist terror did not feature in the assessments of either major intelligence groups before 2018, or the lack of substantive analysis of online sources are two examples. These flaws were identified in the Royal Commission of Inquiry into the Christchurch Terrorist Attack report, which supports CVE efforts going forward.

The report identified that engaging communities should be a key part of counterterrorism strategies. Particular focus should be on communities such as the Muslim community that are currently unlikely to work with security agencies for fear of being discriminated against.

Recommendations from the report include a new strategy addressing extremism, specifically preventing emerging extremist threats. The Christchurch Call’s goal to counter the drivers of violent extremism fits this strategy and is likely to be portrayed as a key part of New Zealand’s global counterterrorism efforts going forward.

The Christchurch Call is a new form of CVE effort, placing limits on the types of content that can be hosted on social media. Violent and extremist content, while clearly objectionable, is not fully defined in the Call, and can be subjective. What makes something ‘extremist’?

‘Extremists’ are identified by governments, and who is identified is a political decision. In 2017, the FBI identified ‘black identity extremists’ as a potential terror threat. This was primarily those protesting police brutality, with few links to a coherent movement or premeditated acts of violence. This identification was made before the threat of white nationalist or far-right terrorism was acknowledged by the US government.

The FBI has since broadened this category to consider all aspects of “racially motivated violent extremism”, including white supremacists. By politically constructing particular ideas of extremism, governments target policies at particular communities.

The focus of Western governments on Muslim extremism also reflects this political nature. Western countries, such as New Zealand and the UK, have been criticised for focusing counterterrorism efforts on Islamic terrorism, and ignoring other forms of terrorism such as far-right white nationalist terrorism. In 2017, the Trump administration was reportedly considering “revamping” the CVE programme to purely focus on Islamic extremists, renaming it the “Countering Islamic Extremism” programme.

While far-right extremism has been the subject of increasing government focus, particularly since the Christchurch terror attack, social conceptions of terrorism continue to stigmatise Muslim communities.

The non-binding nature of the Christchurch Call is supposed to minimise these issues. However, as countries are able to define what content is covered, governments are likely to face similar problems to wider CVE efforts.

While the second annual summit to mark the Christchurch Call has been and gone, the recent admission of the US positions it to spark further dialogue on the limits and purpose of the Call. The United States’ endorsement of the Call strengthens and further legitimises it as an approach to countering violent and extremist content. However, it is important to scrutinise these efforts to ensure communities are being treated fairly.

Protections for freedom of speech are integral to functioning democracies. It is important these policies are equitable, and balance the line between managing extremist content and censorship of legitimate political material.