Week in Politics: Climate change decisions will test the government

Home/News/Week in Politics: Climate change decisions will test the government
Previous Next

Week in Politics: Climate change decisions will test the government

Analysis – The government has to decide how far it will go with the Climate Change Commission’s proposals, ministers are relieved with news confirming more vaccines, and Nick Smith leaves Parliament with an apology. 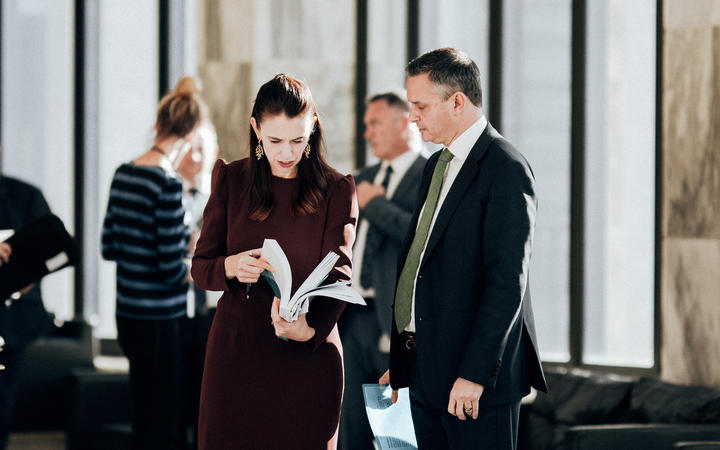 “The road will be steep and it will be tough at times.” Prime Minister Jacinda Ardern got it right when she warned how hard it’s going to be to meet New Zealand’s climate change targets, and what a difficult task the government has ahead of it.

The Climate Change Commission released its report on Wednesday – a road map showing the government how New Zealand can cut greenhouse gas emissions and meet its international obligations.

The government has to decide how far it will follow that road, and it is bound by law to do that by the end of the year when it must produce an Emissions Reduction Plan.

The details are on RNZ’s website showing the sweeping changes that will be needed to reach targets up to 2035. New Zealand made international commitments in 2006 to cut total emissions by 30 percent of 2005 levels by 2030.

The report is packed with analysis, charts and percentages that probably won’t be studied by most people, but depending on the extent that the government implements the proposals nearly everyone is going to be affected.

Aspects picked out by the media included proposals that nearly all cars imported by 2035 must be electric, there will be electric planes for domestic flights by 2030, solar panels on homes, 13 percent fewer cows and sheep by 2030 and native deforestation banned from 2025.

The commission emphasised the need for urgency, saying it would cost less in GDP terms to act now rather than later. “It predicts that not taking action now will cost us 2.3 percent of GDP by 2050, almost double the cost to our economy of acting now,” Ardern said. 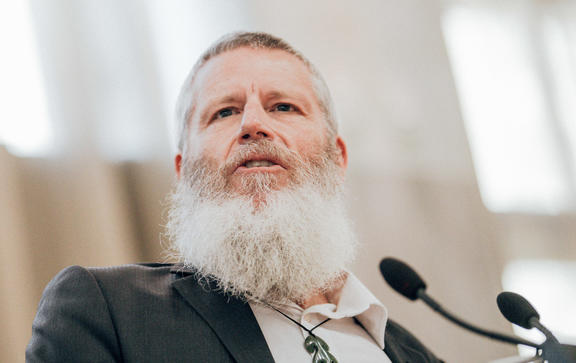 Climate Change Minister James Shaw said the Emissions Reduction Plan was the government’s “next challenge” and everyone in it was going to have to do their share. “There will be work for everyone to do, so from now on nearly every minister will, in some ways, be a climate change minister.”

It’s a huge task with political implications that will go on for years. The Herald put it like this: “It spells a wholesale transformation across virtually every corner of the economy – from the cars we drive and import, and the cows and sheep we farm, through to the energy we produce and consume, the forests we plant and the houses we build.

“Moreover, it sets out a radical transition that, while changing the country forever, would largely all happen within the next 15 years.”

Stuff said the report had kicked off what promised to be months of debate in Parliament over a policy area that had divided politics ever since Helen Clark’s ill-fated “fart tax”.

Opposition is going to be fierce, and started the day the report was released. ACT leader David Seymour said it should go in the bin. “If the objective is to reduce total emissions in New Zealand the right thing to do is set that cap, auction off the units, let people respond to the price signals and make choices about how they live and do their work and build their businesses within that constraint,” he said in Parliament.

Seymour was talking about the Emissions Trading Scheme (ETS), which at the moment is the main instrument that controls emissions. The commission would keep it but it would no longer be the centrepiece.

The release of the report was the second big story of the week. The first was the announcement on Tuesday that an additional one million doses of Pfizer vaccine would arrive during July. 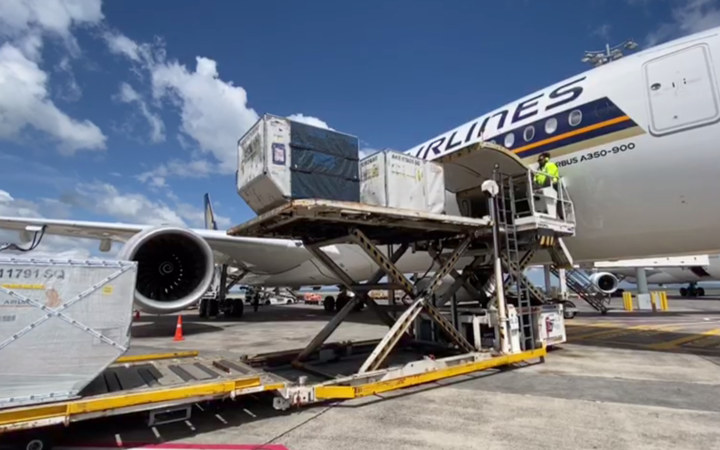 The third batch of the Pfizer Covid-19 vaccine arrived earlier this year in March. Photo: Supplied / Ministry of Health

Arden  she breathed a sigh of relief when Covid-19 Response Minister Chris Hipkins called to tell her the news. What they had been worrying about was not having enough vaccine to keep the rollout going.

It means planning for the rollout to the general public can go ahead with more certainty than previously. Details will be decided at Monday’s Cabinet meeting and revealed later in the week.

Stuff reported it was likely the government would consider options that included grouping people by age for the wider rollout, as had been done in comparable countries.

This was a “good news” announcement by the government, but there was some not so good news around as well.

The vaccination programme could become muddled, if it hasn’t already, with groups overlapping and people unsure of when they will get their jabs. Some border worker families still haven’t been vaccinated. In Group 3 – people over 65 and those with underlying conditions – many are still waiting to be told when they will get their vaccinations although it’s meant to be fully under way.

The Herald reported on Thursday that the Auckland Metro region was behind its vaccine rollout schedule by almost 30,000 doses. The region accounts for 35 percent of all vaccination doses in the country. 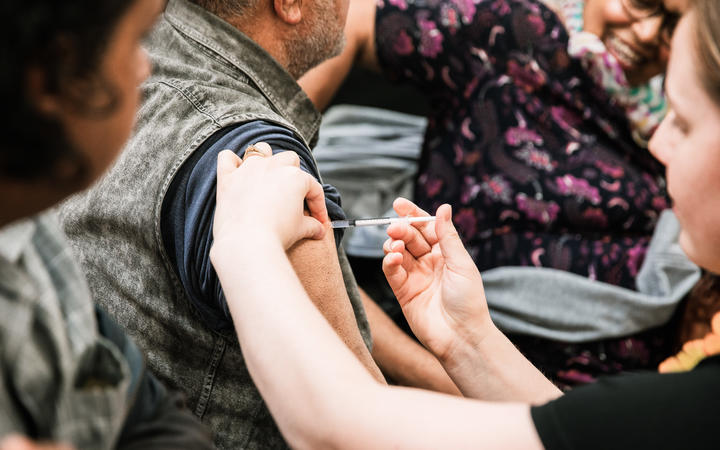 Overall, the Covid-19 vaccine rollout is about 10 percent ahead of its delivery target. (File image) Photo: RNZ / Samuel Rillstone

RNZ reported NZ College of General Practitioners medical director Bryan Betty as saying there was widespread confusion about who was able to get the vaccine.

“Different DHBs are doing slightly different things in terms of how they’re targeting their population,” he said. “That’s invariably leading to confusion across the country about where to get vaccinated and how to get vaccinated.” He said GPs were fielding many questions.

The government has always been aware of these potential problems. That’s why at every opportunity Ardern and Hipkins say it’s the biggest medical event in the country’s history, there are more than a million people in Group 3, and no one expected they could all be vaccinated at the same time.

According to the Herald report about 500,000 people around the country have now had one dose, and more than 276,000 people are fully vaccinated. Overall, the rollout is about 10 percent ahead of its delivery target.

National Party Covid-19 response spokesperson Chris Bishop said now the extra doses were due, the government no longer had any excuses for the slow rollout. “The government said we would be at the front of the queue but New Zealand is the second slowest in the OECD and 115th in the entire world,” he said. “MPs around the country are being contacted by people in Group 3 who have no idea when they will get the vaccine. DHBs, GPs and pharmacists have no idea either.”

Those were the main stories this week, others included:

RNZ reported mystery still surrounded National MP Nick Smith’s resignation and there was pressure on party leader Judith Collins over what exactly she said to him after being warned a story about a parliamentary inquiry was going to be published. “No such story eventuated and Collins is yet to confirm or deny whether this was fabricated in an attempt to push the career politician out of Parliament,” the report said. 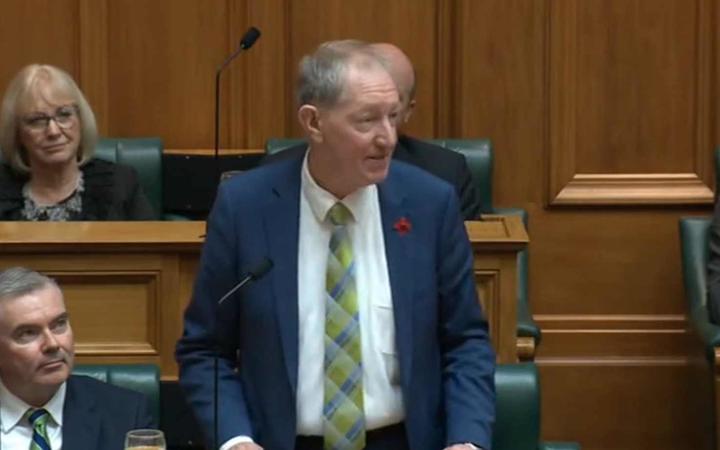 Smith made his valedictory speech on Thursday, when he apologised for voting against the gay marriage bill in 2013. “The error is all the more personal with my 20-year-old son being gay. I wish to put on record today my apology to New Zealand’s LGBT+ community,” he said. The highlight of his 31-year career had been his work as a conservation minister.

Another RNZ report that makes interesting reading is Paula Bennett speaking on why she retired, based on her interview with the Matangireia podcast. The former deputy prime minister opened up on the brutal leadership coup that sealed her fate – the challenge that saw Simon Bridges removed as leader and Bennett ditched as his deputy. What took place next added insult to injury, she said. The new leader, Todd Muller, called her to say “I’m going to rank you very poorly, I don’t see a role for you.” Bennett said she felt she deserved “a degree of respect”.

National Party Paul Goldsmith caused more controversy for the party when he said colonisation was “on balance” a good thing for Māori because it led to the creation of New Zealand. There was, of course, a backlash. University of Auckland professor of Māori studies Margaret Mutu said Māori had been “brutally and violently” dispossessed. “That brutality and violence did include the murder, rape, pillage of our people, invasions of our territories, having war declared on us – so I doubt very much there is a lot of benefit from that.”

Collins was cautious, saying most colonised people didn’t feel colonisation had been good for them. Goldsmith received next to no support from his colleagues and some openly disagreed with him.