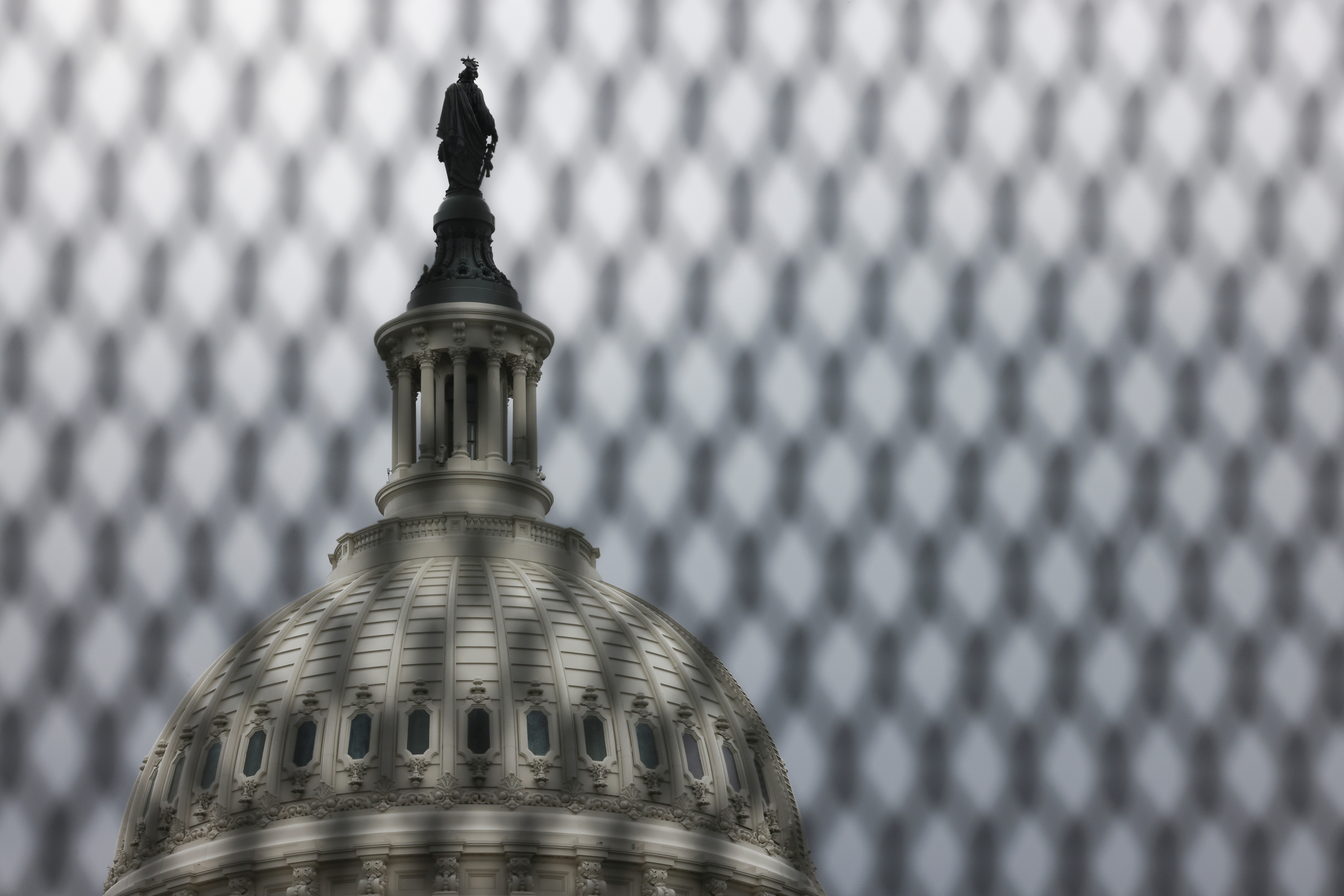 The U.S. Capitol building is seen behind security fencing that has been up around the building since shortly after the January 6, 2021 siege on Capitol Hill in Washington, May 28, 2021. REUTERS/Evelyn Hockstein

The U.S. Senate voted 68-32 on Tuesday to approve a sweeping package of legislation intended to boost the country’s ability to compete with Chinese technology.

The desire for a hard line in dealings with China is one of the few bipartisan sentiments in the deeply divided U.S. Congress, which is narrowly controlled by President Joe Biden’s fellow Democrats.

The measure authorizes about $190 billion for provisions to strengthen U.S. technology and research – and would separately approve spending $54 billion to increase U.S. production and research into semiconductors and telecommunications equipment, including $2 billion dedicated to chips used by automakers that have seen massive shortages and made significant production cuts.

The bill must pass the House of Representatives to be sent to the White House for Biden to sign into law. It is not clear what legislation in the House will look like or when it might take it up.

The bill has a number of other China-related provisions including prohibiting the social media app TikTok from being downloaded on government devices, and would block the purchase of drones manufactured and sold by companies backed by the Chinese government. It would also allow diplomats and Taiwanese military to display their flag and wear their uniforms while in the United States on official businesses.

It would also create broad new mandatory sanctions on Chinese entities engaged in U.S. cyberattacks or theft of U.S. intellectual property from U.S. firms, and provides for a review of export controls on items that could be used to support human rights abuses.

Senate Majority Leader Chuck Schumer, a co-sponsor of the measure, warned of the dire consequences of not funding research to keep up with China.

Biden praised the bill: “We are in a competition to win the 21st century, and the starting gun has gone off … We cannot risk falling behind.”

Some critics have likened the Senate funding effort to China’s high-tech industrial development push, dubbed “Made in China 2025,” which long irked the United States.

Senator Maria Cantwell noted the bill would authorize NASA spending and its Artemis mission to the Moon.

“As China has made it clear, they’re going to Mars, we are going back to the Moon to ready ourselves to go to Mars,” Cantwell said.