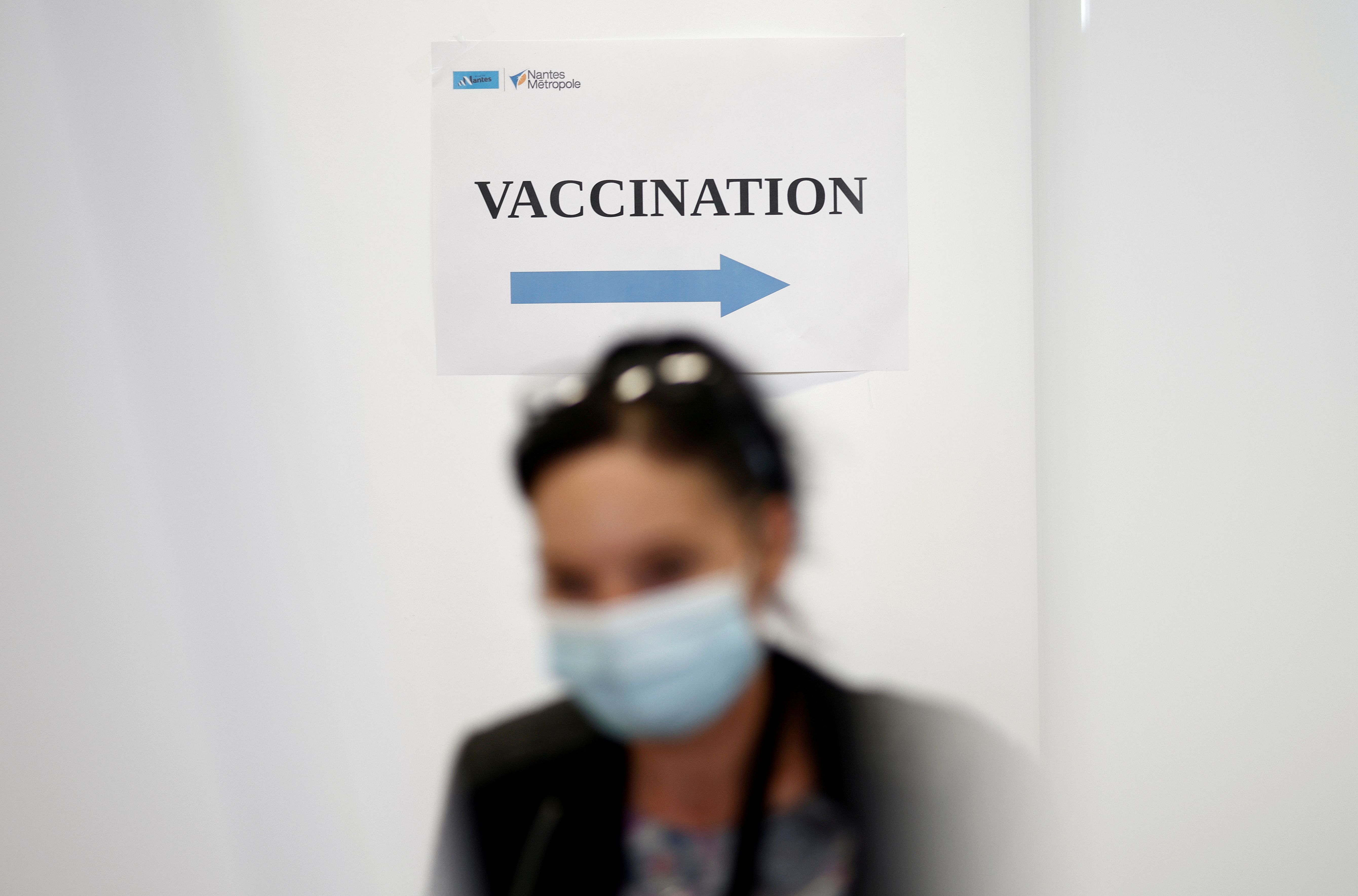 A woman walks past a sign reading “Vaccination” in a vaccination center in Nantes as part of the coronavirus disease (COVID-19) vaccination campaign in France, June 3, 2021. REUTERS/Stephane Mahe/File Photo

The heads of the International Monetary Fund and World Bank on Thursday urged the Group of Seven advanced economies to release any excess COVID-19 vaccines to developing countries as soon as possible, and called on manufacturers to ramp up production.

“Distributing vaccines more widely is both an urgent economic necessity and a moral imperative,” they said. “The coronavirus pandemic will not end until everyone has access to vaccines, including people in developing countries.”

Malpass and Georgieva will meet in person on Friday and Saturday with finance officials from the G7 countries – Britain, the United States, Canada, Germany, Italy, France and Japan – with the COVID-19 pandemic set to be a central topic.

Both organizations welcomed U.S. plans to distribute the first 25 million of 80 million vaccine doses that Washington has pledged to share globally by the end of this month. read more

“It’s a good start, and I am hoping that more doses will be made available, especially for countries with deployment programs,” Malpass told Reuters.

The novel coronavirus has killed more than 3.7 million people worldwide, according to a Reuters tally. read more

While about half the population in the United States has received at least one dose of the vaccine, the percentage in developing countries is still in the single digits, said Mamta Murthi, vice president for human development at the World Bank.

Malpass and Georgieva said vaccines should be shared as soon as possible, in a transparent manner, with developing countries that have adequate distribution plans in place.

They also called for a bigger push to increase transparency regarding vaccine contracts, options and agreements; vaccine financing and delivery agreements; and doses delivered and future delivery plans.

Murthi told Reuters the World Bank had published data on the $2.4 billion it has already committed to help 25 developing countries buy vaccines, and was urging other multilateral banks to do the same, to improve planning and better target aid.

“It’s like the blind man and the elephant,” she said. “No one really knows how much capacity is out there, how much has been dedicated to whom, what is the remainder that can be ordered, when are the deliveries scheduled for, and so on.”

She said it was critical to ensure that countries receiving doses had logistics in place, noting that Malawi had actually destroyed some doses that were nearing expiration dates because it was unable to deliver the doses in time.