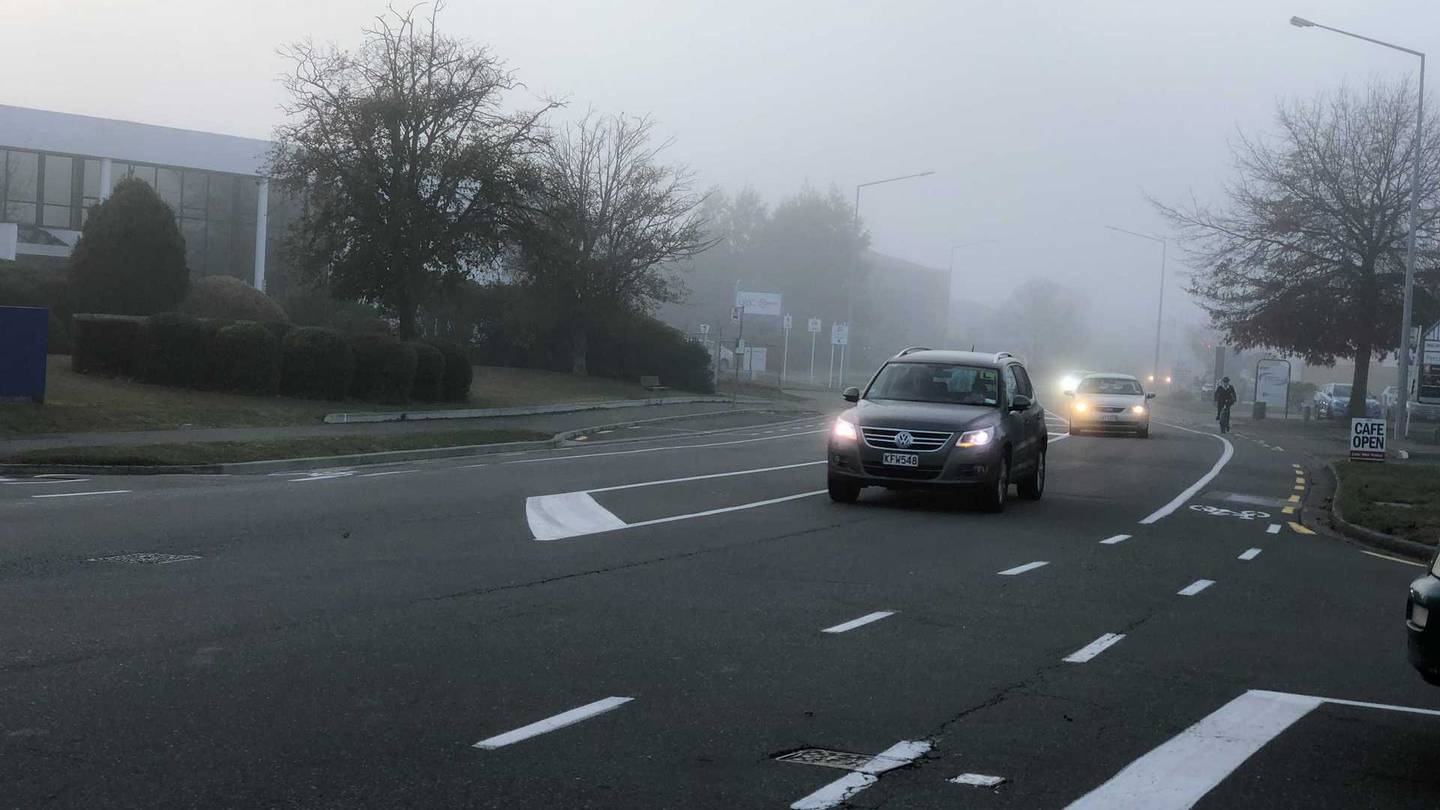 Fog has begun to roll into Christchurch which is sitting at 1.5C at 8am. Photo / Hamish Clark

A low-pressure system is continuing to bring cold and wet weather to much of the country.

Until yesterday, Dunedin was not expected to get snow like the rest of Otago and Southland.

“We are expecting snow down to significantly low levels early on Tuesday morning — about 300m in Dunedin and about 200m in parts of Southland and Clutha.

“It is a showery flow, so there will be snow showers for a brief time in the early hours of the morning.

“It will settle, but not for long. We’re not expecting large accumulations.”

Frost began to roll into Christchurch on Monday as temperatures sat at 1.5C at 8am.

A heavy rain watch is in place for the Richmond Range including the Rai Valley, Wellington, Horowhenua-Kapiti, the Tararua Range and Taranaki.

Aucklanders should expect a high of 19C on Monday with showers and some heavy thunderstorms followed by a high of 18C on Tuesday, according to Metservice.

Wellington will reach a high of 16C with periods of rain and the possibility of thunderstorms followed by a high of 15C on Tuesday.

“It’s going to be quite cold first thing, but it should warm up later in the day as the winds ease.”

Fellow meteorologist Kyle Lee said snow was expected to fall in inland parts of Otago as well, but not as low as Southland.

He said if snow did fall down to 300m inland, it would affect a lot of roads around the region, especially the higher routes.

“I expect it to cause some form of delays and affect a few higher roads, specifically in the Central Otago region.

“But at this stage it’s hard to pinpoint which regions or exactly which roads we think will be affected.”

He advised farmers to keep an eye on the forecast to see how it developed, because they might need to move stock to more sheltered areas.

“If they can, they should be prepared to act accordingly to whatever advice is given.”

On Thursday, a ridge of high pressure was expected to move on to the country from the Tasman Sea.