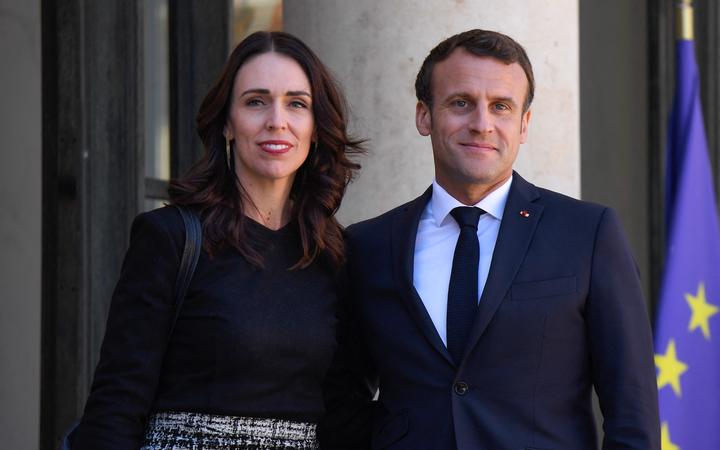 Jacinda Ardern and Emmanuel Macron ahead of the Online Extremism Summit in Paris in May 2019. Photo: AFP / 2019 Anadolu Agency

The Christchurch Call was initiated by Ardern in the wake of the Christchurch mosque shootings in March 2019 and aims to eliminate terrorist and violent extremist content online.

The second anniversary virtual summit will be held next Saturday, and will involve governments, tech companies and civil society.

In a joint statement, Ardern and Macron said leaders will agree on a work plan and priorities for the year ahead.

“We expect the call community to refine its focus, redouble its efforts, and agree to a priority work plan for the year ahead,” Ardern said.

“Among the priorities I would like to see progressed is a strengthened collective ability to manage crises related to terrorist and violent extremist content online.

“I would like to see us grow our shared understanding of algorithmic processes that have the potential to cause harm, or to radicalise or incite to acts of terrorism and violent extremism. And to develop positive interventions to address these.”

“A strengthened call community is critical to our enduring success. It needs to support and empower its members to engage in direct, constructive dialogue on issues of substance, support each other to do better and, where necessary, hold each other to account on delivery of the call,” he said.

Yesterday it was announced that the United States will join the calland attend the summit.

Ardern and Macron said the United States’ support would send a “powerful message to those who would seek to exploit the internet to promote terrorism and violent extremism”.

“The major US tech companies are supporters of the call, and having the US government on board will further strengthen actions to reduce the risk of the internet being used as a tool for terrorists,” Ardern said.

“Many attacks since Christchurch, including in the United States, bear witness to the challenges we face.”

Macron said the threat of terrorist and hateful content online continues to contribute and fuel violent extremism and terrorist actions.

“It is a global issue that requires a collaborative response by governments, tech companies and civil society, all supporting a free, open and secure internet,” he said.