Analysis -Judith Collins brandished an obscure report this week as she continued to beat the separatist drum, describing it as a divisive government document which set out a clear vision for a future under two systems.

The report is called He Puapua, and few people had previously heard of it.

It was completed in 2019 after being commissioned by the government as it looked for possible ways to respond to the UN Declaration on the Rights of indigenous Peoples.

The previous National-led government signed up to the declaration in 2010. In 2014 it was decided steps should be taken to respond to it, and the current government made the first move by commissioning the report.

It suggests a separate Māori Parliament or upper house, a separate court and justice system, and Maori ownership of the foreshore and seabed, among other things, RNZ reported.

The media had a go at explaining it in a political context.

The Herald‘s Claire Trevett: “It does not include firm recommendations but rather a range of options and an ideal of what New Zealand would look like if the United Nations Declaration on the Rights of Indigenous Peoples was to be met in full.

“It is not intended to cater for the reality of politics, and governments considering such reports tend to opt for something well short of the proposed ‘ideal’.”

Stuff‘s Henry Cooke: “He Puapua – literally ‘a break’ – is an obscure report from a working group commissioned by this government in 2019 on how Māori could take on more governing. The aim of the plan was to create some kind of long-term plan to meet the UN Declaration on the Rights of Indigenous Peoples.”

Collins first used it at a party conference last Saturday, telling delegates: “This divisive government document spells out a clear vision for New Zealand in 2040 under the ‘two systems’ Treaty view. It includes two systems for health, two systems for justice.”

She cited the proposed Māori Health Authority as evidence of the government’s intentions, which she called implementation by stealth.

At her press conference on Monday, Prime Minister Jacinda Ardern said the report had not gone to cabinet, it had not been approved by cabinet and it did not represent government policy. She brushed off Collins’ comments as “pure politics”.

Collins used question time in Parliament to push her case, but ministers didn’t seem to have taken much notice of the report. Health Minister Andrew Little said he hadn’t read it before deciding to create the Maori Health Authority.

Māori Development Minister Willie Jackson told RNZ he wanted to make clear it wasn’t a government document. It was written by an independent group and it was “separate from government policy”.

Trevett said Collins had “chosen to isolate the most extreme ends” of the options in the report and the way she was using it indicated she had some hope of a lift in the polls.

The government is distancing itself from the report, but Trevett said Collins was right about the need for the PM to confront its contents properly, rather than trying to shut it down by dismissing opposition criticism.

Is Collins looking for a “sugar hit” in National’s ratings, as suggested by political commentator Ben Thomas? The next set of opinion polls will be interesting. 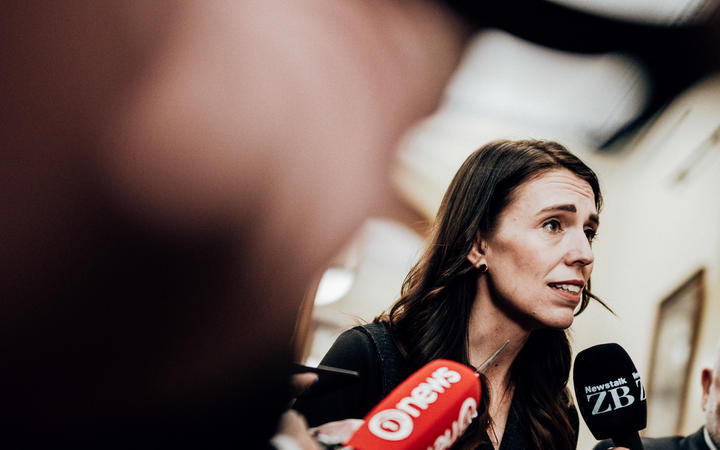 The Five Eyes controversy died down this week but China was still very much on the agenda.

Ardern, in a speech to the China Business summit in Auckland, said that as China’s role in the world grew the differences between it and New Zealand were becoming harder to reconcile.

While the relationship was one of New Zealand’s most significant, the two countries needed to acknowledge there were some things on which they “do not, cannot, and will not agree”, she said.

“This need not derail our relationship, it is simply a reality.”

China’s ambassador to New Zealand, Wu Xi, specifically cited Hong Kong and Xinjiang, the region where the Uyghur people live. Talk of forced labour and genocide were lies fabricated by anti-Chinese forces without any evidence, she said.

“We hope that the New Zealand side could hold an objective and a just position,” she said. “Abide by international law and not interfere in China’s internal affairs so as to maintain the sound development of our bilateral relations.”

Nothing subtle about that message – mind your own business and we’ll get along just fine.

There was more to come, and on Wednesday Parliament unanimously supported a motion, put up by ACT, which read: “That this House is gravely concerned about the severe human rights abuses taking place against Uyghurs and other ethnic and religious minorities in the Xinjiang Uyghur Autonomous Region and that it call on the Government to work with the United Nations, international partners, and to work with all relevant instruments of international law to bring these abuses to an end.”

The story behind it was that in its original form it included the word “genocide” which Labour didn’t like, for obvious reasons. It would have enraged China and could have risked trade sanctions similar to those imposed on Australia.

Parliament’s cross-party business committee took it out and reached a consensus on the wording which allowed all parties to support it.

China still didn’t like it. “This move grossly interferes in China’s internal affairs and runs counter to international law and basic norms covering international relations,” the embassy said in a statement.

“Using Xinjiang-related issues to pressure China will go nowhere but to harm the mutual trust between China and New Zealand.”

Ardern said the reaction was “not unexpected”.

On Wednesday, without any prior notice, the government announced a public sector pay freeze for the next three years.

It didn’t go down well.

Police Association president Chris Cahill said it was “a kick in the guts” for his members, who were working harder than ever. “We’ve had a massive response and without a doubt the theme is: ‘Where is the government coming from, what rock are they under’?”

Post-Primary Teachers’ Association president Melanie Webber told Morning Report the pay freeze would exacerbate teacher shortages. “Huge numbers of young teachers are going to say ‘why am I staying around’. They are going to go on OEs and you’re going to have older teachers retiring… shortages are going to be coming back.”

What caused Stuff to headline a report “This is why people hate politicians”?

It was because the debate it covered was a particularly nasty one and the result was a dressing down for Speaker Trevor Mallard by the prime minister. Opposition MPs were also considered to have played their part in reducing it to a level that brought Parliament into disrepute. 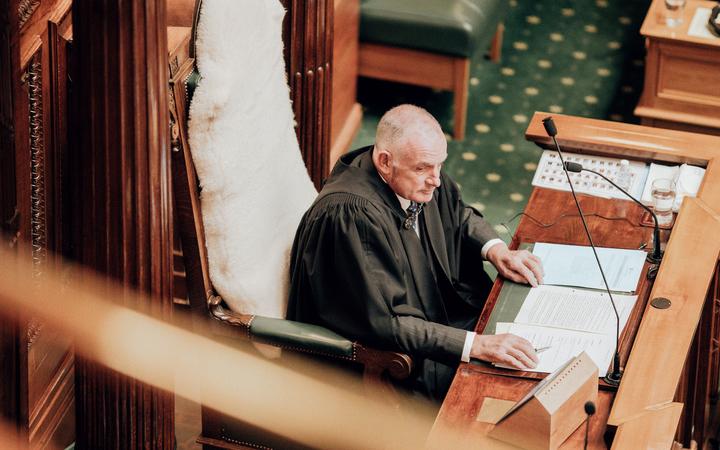 During a routine annual review debate Mallard said, under parliamentary privilege, that the man he wrongly accused of rape in 2019 was guilty of a serious sexual assault.

National’s Chris Bishop said Mallard was a bully and his “display of petulance and contempt and hate” made him unsuitable to be Speaker.

Things deteriorated from there, and Ardern responded the next day. She said she had told Mallard of her “serious concerns” about his conduct but also believed the behaviour of opposition MPs had been inappropriate.

National has been campaigning to get rid of Mallard since the original rape allegation, with Bishop running it.

Stuff’s Henry Cooke said the issue had merged into a mixture of political point-scoring and personal crusade. “At the centre of that personal crusade is the seeming fact that Mallard and Bishop hate each other,” he said in his report. “The enmity goes beyond the normal Labour vs National strife.”