Sydney tourism operators are over the moon to be welcoming back New Zealanders taking advantage of the quarantine-free travel arrangement. 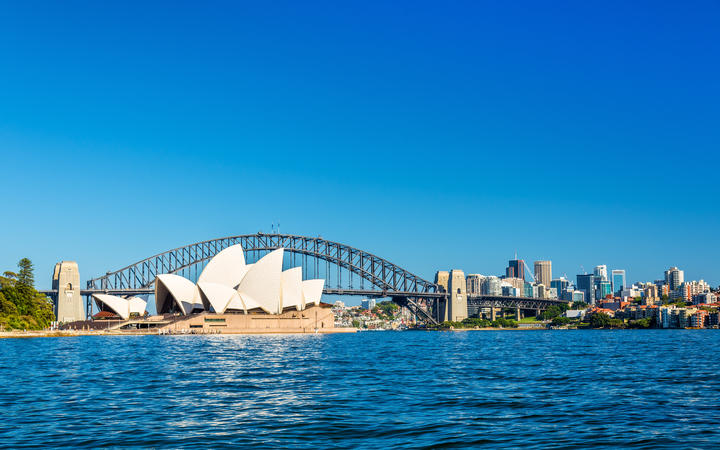 Soaking in the sights of Sydney on top of the Harbour Bridge is a key attraction in the city.

“We had a pretty rocky start, obviously we had to close for three months. We were shut from March to June. Then we started to reopen but just shorter days. We used to be open every day of the week and then we started opening three days a week. We’re just about to start opening five. So we’re stepping up gradually,” she said.

“But it’s been very hard for us. We’ve had a lot of staff who’ve had to leave us because they just can’t afford to be here working less hours with us.”

Bridge Climb punters were 80 percent international, but she said Australians had been getting behind them.

Zimmer was hopeful to see more New Zealanders on the bridge.

“We used to have a lot of Kiwis come and climb the bridge particularly with their families or when they were coming over for a holiday they’d add this on, and people who live in Sydney want to show off their city to their relatives so we’re really hoping that this is the light at the end of the tunnel.

“It would be great to welcome even more New Zealanders back. They’re great to climb with, they love a bit of adventure, always good humoured and they don’t mind four seasons in one day.”

Darren Levien runs Sydney Tours R Us and Melbourne Private Tours which are both honed into the international market.

“It’s a big momentum lift ’cause you’re going from no international people to everything’s empty and there’s no tourists around to some new faces and new accents and just some nice new people, and just great to get business again. Good to get wheels on the road again. It’s a lift of spirits of the whole tourism community.”

He was optimistic the visitors from across the ditch would bring in more business.

“There’s got to be some pent up demand in New Zealand as there is in Australia for travelling. I mean we’re going mad living on our own little island, not being able to get out of here,” he said.

“I’m sure there will be couples, families who just want to go overseas and check out Australia and just see what it’s like to travel again.”

It was closed for most of last year, but its chief guide Matt Bezzina is running tours again and also offering more fitness-focused trips.

He’s operating at about 25 percent of normal pre-Covid levels and hoped that could improve as New Zealanders had always been a strong market for the business.

“During the week especially the Mondays, Wednesdays, Fridays, it’s still nowhere near what it used to be. No internationals. Most of my big days are weekends now ’cause of the locals,” he said.

“But hopefully people are actually specifically coming on holidays… I’m hoping that that’s going to fill up those mid-week tours which haven’t really recovered since Covid.”

While it’s early days for the quarantine-free bubble, Sydney tourism operators said they were ready to roll out the welcome mat and say g’day to their cousins across the Tasman.