Covid vaccine side-effects: what are they, who gets them and why?

by Nicola Davis, The Guardian

Home/Analysis/Covid vaccine side-effects: what are they, who gets them and why?
Previous Next

Covid vaccine side-effects: what are they, who gets them and why?

Most side-effects are mild and short-lived, and some groups are more likely to get them than others 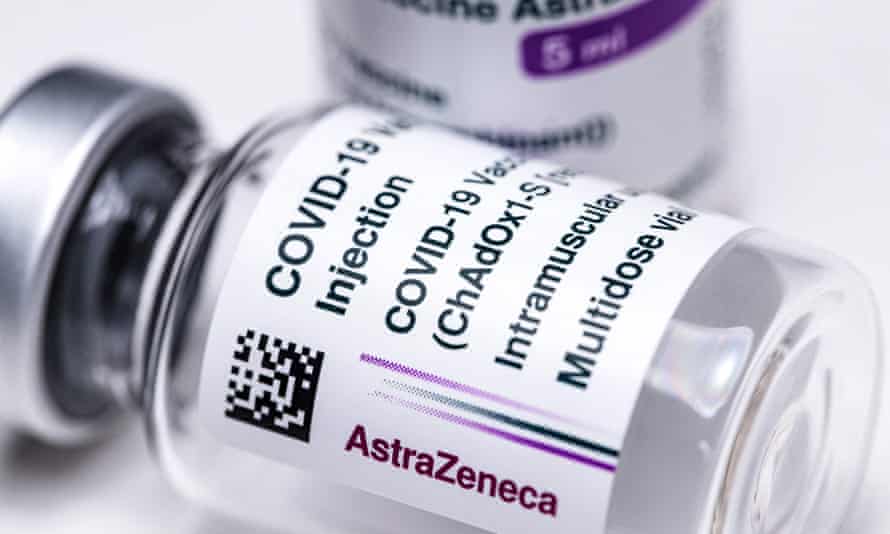 What are the most common side-effects from the Covid vaccines?

According to Public Health England, most side-effects from two Covid vaccines – Pfizer/BioNTech and Oxford/AstraZeneca – are mild and short-lived. These include soreness where the jab was given, feeling tired or achy and headaches. Uncommon side-effects include having swollen lymph nodes.

Early reports that some people had severe allergic reactions, particularly to the Pfizer jab, led the UK’s Medicines and Healthcare products Regulatory Agency (MHRA) to offer new recommendations, including that anyone receiving the Pfizer jab be monitored for 15 minutes after the event.

Are blood clots a side-effect of the vaccines?

Concerns have been raised about a particular situation whereby certain blood clots have occurred together with low levels of platelets – tiny cells in the blood that help it to clot.

Earlier this month the MHRA said that while not yet proved, there was growing evidence to suggest this syndrome could be caused by the AstraZeneca jab, while the European Medicines Agency said there was a possible link and noted the syndrome should be listed as a very rare side-effect of the vaccine.

“So far, most of the cases reported have occurred in women under 60 years of age within two weeks of vaccination. Based on the currently available evidence, specific risk factors have not been confirmed,” the EMA said.

However, cases remain very rare: the MHRA noted 79 cases of blood clots with low platelets, including 19 deaths, following more than 20m doses of the AstraZeneca jab, with 44 of the cases and 14 of the deaths related to a rare type of blood clot in the brain called cerebral venous sinus thrombosis (CVST) that occurred with a low platelet count.

Experts have stressed the rarity of such cases estimating they may occur in about one in 100,000 young adults who get the jab – a risk lower than the chance of dying in a road accident in a year. What is more, they note that for most people the risk posed by Covid is much greater than the chance of serious harm from a Covid jab, and that Covid itself can cause dangerous blood clots. In other words, the benefits of the jab far outweigh the risks.

But for young adults that equation, at least at present, is less clearcut.

As a result the UK’s Joint Committee on Vaccination and Immunisation (JCVI) has recommended that adults under the age of 30 should be offered alternative Covid vaccines – if available – provided they were healthy and at low risk of Covid.

“Although the chance of any person receiving the vaccine experiencing a blood clot with low platelets is extremely small, because the risk of severe Covid in the under-30s with no underlying illness is also small, JCVI feel as a precautionary measure it is appropriate for those in this age group to be offered an alternative Covid vaccine when their turn comes for their first dose of a vaccine,” said Prof Anthony Harnden, deputy chair of the JCVI.

Other countries have taken different approaches: in France the AstraZeneca jab is now only to be given to those aged 55 and over, while in Germany it is offered to those aged 60 and over.

Investigations are also under way into the Johnson & Johnson (J&J) Covid jabamid concerns it may be linked to a similar blood-clotting problem: so far six cases of CVST with low platelets have been reported amid 6.8m doses of the vaccine given in the US, all of which were in women aged between 18 and 48. The US Food and Drug Administration has recommended pausing use of the jab while J&J has announced it would “proactively delay the rollout of our vaccine in Europe”.

The AstraZeneca and J&J jabs are based on a similar technology. Both use cold viruses that cannot replicate to deliver instructions for making the coronavirus spike protein into human cells: the cells then produce the protein, triggering an immune response. However, while the AstraZeneca jab uses a chimpanzee cold virus, the J&J jab uses a human cold virus to do so.

“This seems to be an issue with DNA adenovirus vector vaccines – the biology of which is yet to be fully understood,” said Prof Saad Shakir, director of the independent Drug Safety Research Unit.

However, experts say it is too soon to be sure the J&J jab is causing the blood-clotting problem, and even if it is, the risk is very low.

While the UK has ordered 30m doses of the J&J jab, it has not yet been authorised for use by the MHRA.

Why do the common side-effects occur?

“The sore arm can be either due to the trauma of the needle in the muscle, or local inflammation in the muscle probably because of the chemicals in the injection,” said Prof Robert Read, head of clinical and experimental sciences within medicine at the University of Southampton and director of the National Institute of Health Research’s Southampton Biomedical Research Centre.

“The other common side-effects – the muscle aches, flu-like illness and fatigue – are probably due to generalised activation of the immune system caused by the vaccine. What this means is that the white blood cells that are stimulated by the vaccine to make antibodies themselves have to secrete chemicals called cytokines, interferons and chemokines, which function to send messages from cell to cell to become activated.”

Read said that for some people the process was without symptoms, but for others it generated these common side-effects.

Are the common symptoms worse for the first or second shot?

For the AstraZeneca jab, it seems such side-effects are more common after the first shot. “When compared with the first dose, adverse reactions reported after the second dose were milder and reported less frequently,” the MHRA noted.

However, for the Pfizer jab the reverse appears to be true. “Side-effects such as fever, chills, tiredness and headache throughout the body were more common after the second dose of the vaccine,” the US Centers for Disease Control said.

Read said: “We are a little baffled about this, but it may be due to the fact that the Oxford University/AstraZeneca vaccine has an adenovirus vector, which stimulates the immune system strongly in the first dose and less strongly in the second.”

Are people who have had Covid more likely to get these side-effects?

Some data suggests this may be the case. According the ZOE Covid symptom study released last month and looking only at the Pfizer jab, about a third of vaccine recipients who had previously had Covid reported having a whole-body side-effect (such as chills), compared with 19% of those who had not had Covid.

Read said: “Usually if you have experienced a natural infection – in this case with the coronavirus – and are then challenged with something that looks quite similar – in this case the vaccine – an efficient immune system responds very quickly to the second challenge.”

Are there other groups who are more likely to experience side-effects?

The data suggests that side-effects are more common among younger recipients. “We have seen that older people are getting much milder side-effects. It’s not obvious why this should be – perhaps younger people have a much more robust reaction to the priming by the first dose,” said Read.

Does a stronger set of side-effects suggest you will have better protection against Covid?

Not necessarily. “All the evidence we have is that there isn’t a correlation,” said Simon Kroll, professor of paediatrics and molecular infectious diseases at Imperial College London. “That evidence best comes from looking at the responses from older people and younger people because the evidence is that the vaccines are very effective right across the age range, but the side-effect profile is weighted towards younger people.”