Travel into New Zealand from India – including for New Zealand citizens and residents – is being temporarily suspended because of high numbers of Covid-19 cases, Prime Minister Jacinda Ardern says.

Director-General of Health Ashley Bloomfield confirmed this afternoon that a border worker had tested positive for Covid-19.

Bloomfield also announced 23 new positive Covid cases in managed isolation, 17 of whom had arrived from India.

Ardern says she is focusing on the new cases at the border today.

“Cases of the virus have been on the rise internationally … with surges particularly in Brazil and India… we are starting to see this global trend mirrored here,” she says.

“We are temporarily suspending entry into New Zealand for travellers from India.”

The travel ban will be from 11 April to 28 April, she says, and is expected to be temporary.

It is the first time New Zealand has stopped citizens or residents from returning.

“I absolutely understand the difficulty this temporary suspension will cause,” Ardern says. “I understand that, but I also feel a sense of responsibility and obligation to find ways to reduce risk that travellers are experiencing.”

It is largely because of increasing numbers of cases arriving from India, with many believed to have contracted the virus while travelling to their international flight while in India.

Cases in New Zealand’s managed isolation and quarantine (MIQ) facilities have increased from two or three a day to four to five a day for the rolling seven-day average.

“We want to see fewer cases arriving in general,” Ardern says. “Advice is people are likely getting the virus … as they travel to an airport and before they board a plane.” 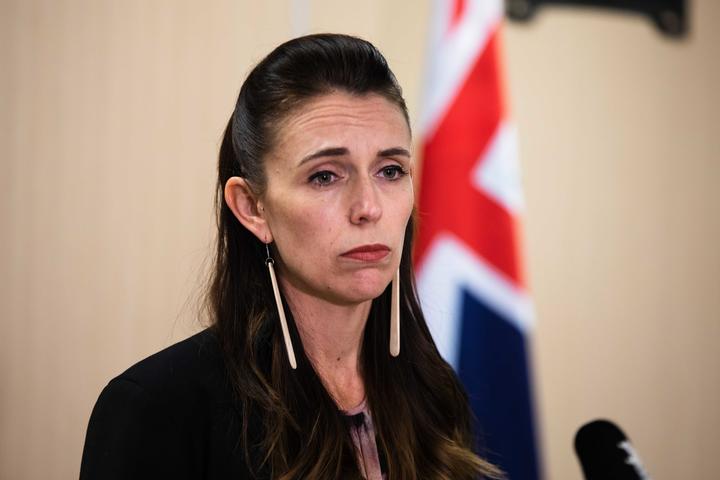 She said it was “not our intention that this be a long-term tool” but she could not rule out the travel suspension being extended.

“This ultimately buys us a bit more space to work out exactly why we’re seeing such a high number of positive Covid-19 cases coming from India,” Health Minister Chris Hipkins told Checkpoint.

“We just can’t afford to have such a significant number of positive cases coming in on a daily basis.”

The government is not looking at suspensions for other countries at the moment, Ardern says, in part because other countries with Covid-19 surging do not have as many people travelling to New Zealand as India.

“We’re not seeing high concentrations of cases from those countries,” Hipkins said.

Ardern says the government has been concerned about high-risk countries for some time.

“We have looked into whether we have issues with the accuracy of pre-departure tests – that has not demonstrated that is where the problem lies, so this suspension gives us a bit of time to look at the issue more generally.”

There are also significant numbers of deaths worldwide, with Brazil just yesterday reporting more than 4000 deaths in a day.

The suspension is temporary because “we do have obligations to allow citizens to return to New Zealand”, Ardern says.

It would reduce the risk to New Zealand and to the travellers, she says.

Regarding the case of the security guard announced today, Ardern said her understanding was that efforts had been made to vaccinate the person in question.

“My expectation is that all front line border workers are vaccinated for their own health and safety … from Monday, we start the process of those [workers] who have not [been vaccinated] moving to other roles.”

Several attempts were made to offer the vaccination to the man, Hipkins told Checkpoint.

He is employed by a private company.

Employers are expected to get all employees through the vaccination programme, Hipkins said.

He said overall, vaccination uptake in the border workforce is in the 80 percent range.

In a statement, the Ministry of Health said the case had been confirmed with a second positive test result.

Other test results of four members from an adjoining house had returned negative. A co-worker who often drove the case to and from work also returned a negative result.

The ministry said it understood two appointments for vaccination were missed by the guard due to personal reasons. The employer is being contacted for further relevant information.

The ministry said the company had vaccinated 79 percent of its managed isolation facility workers, while 81 percent of staff at the Grand Millennium had received their first vaccination.

It was announced this week that a quarantine-free travel bubble with Australia would operate from 19 April.