Fire fighters spent last night battling two small vegetation fires in high winds, and much of the South Island and parts of the lower North Island are being warned to prepare for severe weather today. 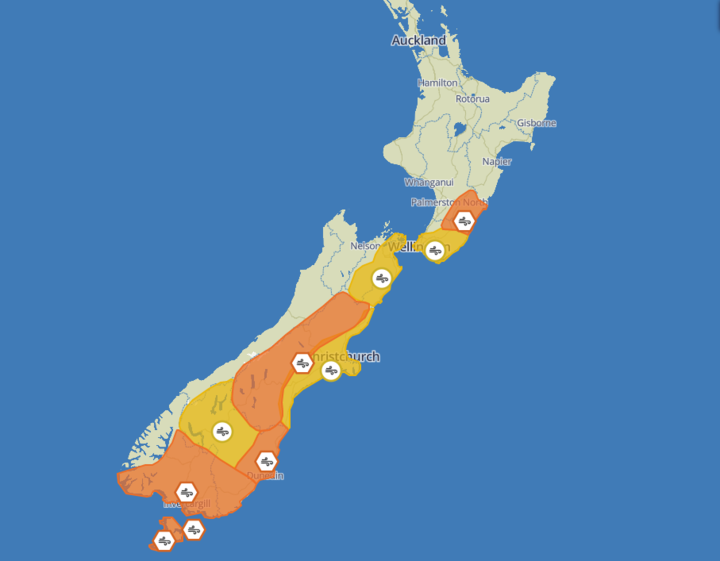 MetService has issued a number of weather warnings and watches, with northwesterly wind gusts of up to 130 km/h expected in exposed places, particularly around the Canterbury High Country.

The northwest flow will bring high temperatures, with Dunedin, Timaru and Christchurch expected to reach the mid to late twenties.

People in rural Otago and Canterbury are asked to avoid lighting fires today, to prevent the flames being spread by the wind.

At 10.40pm last night Otago fire crews were called to Taieri Mouth Road, south of Brighton, following reports of a fire in grass and gorse.

Fire and Emergency southern shift manager Lyn Crosson said they then found a second fire nearby and had it out by 1am, despite high winds caused problems.

Crosson said crews were on high alert and fire permits are suspended in Otago over the Easter break due to the strong winds.

“The danger involved is going to be high, so we do ask that members of the public are very vigilant and call in any signs of fires or any smoke showing, earlier, rather than later.”

Meteorologist Leigh Matheson says conditions like this are more common in spring, and the wind could make for hazardous conditions.

“Certainly the higher roads where these winds tend to funnel through the passes and saddles, is definitely …people driving high sided vehicles, campervans and motorcycles, it is dangerous, so they should be careful.”