Analysis – Sorry seemed to be a rather easy word at the Abuse in Care Royal Commission of Inquiry over the past fortnight. 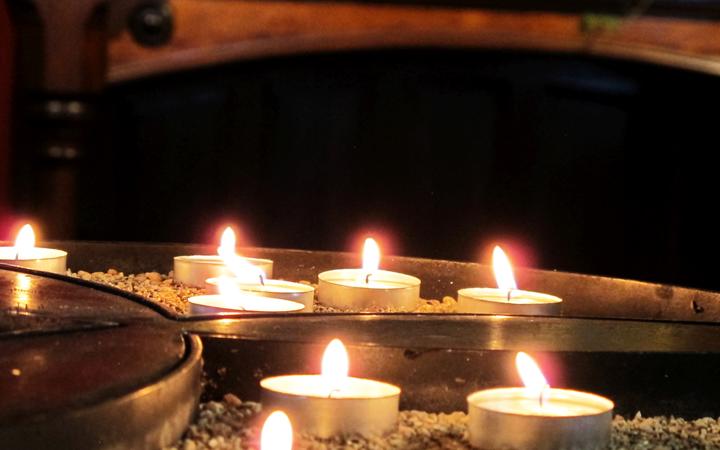 The inquiry has just wrapped up its latest round of public hearings, with various faith-based redress processes in the spotlight as representatives from three church groups fronted up to the commissioners. The sessions allowed leaders to respond to testimonies given late last year in which former residents of faith-based institutions talked about their experiences of abuse and the often nettlesome problems they encountered seeking recognition and redress.

The latest round also served as something of a curtain-raiser to what almost certainly will be a centrepiece of the inquiry overall, an examination of abuse in state care, which starts in early May.

This month, all-purpose expressions of regret abounded throughout much of the process – confected with genuine emotion, to be sure, but too often not heavily seasoned with hard specifics. This especially continued to be the case when it came to putting some kind of dollar value on the restitution for cases in which provable criminal abuse historically occurred.

“I apologise to you, on behalf of the bishops and congregational leaders of the Catholic Church in Aotearoa New Zealand,” Dew said. “I also apologise to you on behalf of those who preceded us as bishops and congregational leaders.” The Church offered “no excuses” for its past actions and that which caused ongoing harm, he said.

Gerry Walker, chief secretary of the Salvation Army, said that children and vulnerable people were abused in its care remains a “source of great shame” and that the Christian organisation has pledged not to “duck and weave” in accepting responsibility. It, too, has tendered the deepest of apologies.

As did the Anglican bishop of Auckland, Ross Bay, who spoke “to all those that have been in any way abused or neglected while in our care. I also apologise for the times when the Anglican Church has compounded your pain and suffering by responding to such instances of abuse and neglect in an inappropriate manner.”

None of this was remotely amusing, of course, but that’s not to say the fortnight entirely lacked for unintentionally dark comedy.

On the second day of his testimony, Bay managed to score a magnificent own-goal while extolling the Church’s supposedly improved system for dealing with historical complaints: a dedicated hotline for former wards.

Commission counsel Katherine Anderson asked him to call the number so as to put the quality of this no-doubt impressive innovation on record. In a scene worthy of the old BBC hit All Gas and Gaiters, Bay did so only to learn – on speaker-phone, with the commissioners looking on bemusedly – “the number you’ve dialled is not currently allocated to a phone”. The bishop admitted he was “embarrassed” by the comic-but-not-funny turn.

“Well,” Anderson responded balefully, “as my grandmother says, no one ever dies from embarrassment. But is it of concern that somebody seeking to reach out might receive that as their initial response?”

Yes, it would, the harried cleric parried, and from there it was on to another round of apologies for the morally porous systems of yesteryear, and those that continue to sprout leaks even unto the present day.

Grovels are one thing, but putting a dollar amount on injury quite another. This theological, and indeed legal, point was also somewhat lost.

Material restitution has always been part of the process of putting things right, of restoring a wronged party to their original state. As another cleric, Bishop Desmond Tutu, once pointed out in a different setting, “If you take my pen and say you are sorry, but don’t give me the pen back, nothing has happened”.

Aside from a relatively few references to past payments, not a lot was specifically said about giving the pen back, even though this will presumably be the weightiest of the transferrals the commission will have to grapple with and the government will ultimately need to sign off on.

Also bubbling under the testimony was an important philosophical question. If abuse of wards was so widespread within these major denominations, why wasn’t it ubiquitous in other faith-based care settings. Or, for that matter, non-faith care settings? Or society at large? Or was it?

Tom Doyle, a theologian who beamed into the hearings on audio-visual link from the United States, circled around this a bit by talking about “clerical narcissism”. A nice formulation, that. But of course it only begs the same question again: what actually is being apologised for other than historical mistreatment – the theology of the entire edifice in which it occurred or the errant psychology of a small subset of players?

It’s a bit like another apology tendered last year by the media company Stuff for having race-baited in some of its past work. Given that the stable of mastheads now owned by the organisation were historically independent operations for the most part, couldn’t the assertion have been taken to mean all media in New Zealand at all times? It’s sometimes important to spell these things out.

In the case of media platforms, such questions are more in the rear-view mirror. But the “religious platforms” the public heard from this month are still really in the thick of this one. So many of those directly harmed by their operations are very much alive and unwell – something that speaker after speaker did at least handsomely acknowledge.

“Our hope is that this commission will lead us and help us to be a better church,” the Catholic cardinal said with obvious feeling at one point, speaking of a church in which the “disgrace of abuse will be addressed, will cease, and our church will always be a church that gives life and hope: that’s our mission as a church.” Obviously a lesson to keep pondering over the coming Easter weekend.

*David Cohen is a Wellington-based journalist and the author of Little Criminals: The Story of a New Zealand Boys’ Home. He supplies regular analyses for RNZ of the Abuse in Care Royal Commission.