Week in Politics: Property speculators under the hammer as new ‘political calculus’ emerges

Home/Analysis/Week in Politics: Property speculators under the hammer as new ‘political calculus’ emerges
Previous Next

Week in Politics: Property speculators under the hammer as new ‘political calculus’ emerges

Analysis – The government sets a date for setting a date on the trans-Tasman travel bubble and attacks the housing crisis, this time with serious money and an assault on property speculators. 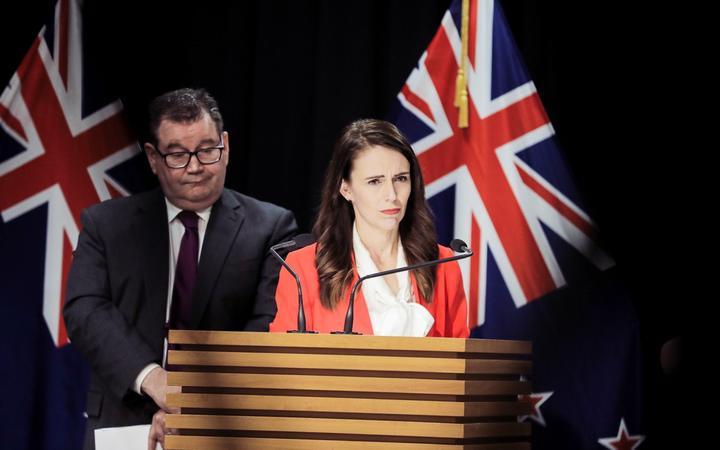 Prime Minister Jacinda Ardern had to say something this week about opening a trans-Tasman travel bubble after weeks of speculation and pressure from the opposition. So on Monday at her post-Cabinet press conference, she committed to announcing a start date on 6 April.

This announcement about an announcement was scorned by National and ACT, despite the prime minister setting out the reasons why it couldn’t happen immediately.

She listed the complexities involved in working with different Australian states and the issues that had to be worked through before quarantine-free travel could be opened both ways.

The list included a “robust framework” for action if there was an outbreak in Australia and the border had to be closed, more work on contact tracing and testing and an up-to-date assessment from the director-general of health.

National MP Chris Bishop said the government’s behaviour was becoming comical, and despite Ardern’s explanations he did not believe they were valid reasons for the delay. “Frankly, a lot of what they’re pointing out looks like excuses,” he said.

Covid-19 Response Minister Chris Hipkins, a key player in the bubble saga, told Morning Report he was optimistic it could happen next month but didn’t sound too sure about that.

“I’m optimistic that we might be able to get something up and running in April but we’ve just got to work our way through these remaining issues,” he said.

Nothing more was said about this as media attention switched to the government’s really big announcement.

Ardern, flanked by three of her ministers, laid out a plan to increase the supply of new houses, help first-home buyers get into the market and crack down on property speculators who are considered to be the main drivers behind rampant price increases.

A $3.8 billion fund has been set up to build infrastructure, putting in powerlines and pipes for new dwellings. That’s serious money, intended to overcome the problem that has beset development. It means serviced sections can be made ready for new builds, paid for with government money.

Kāinga Ora will be allowed to borrow up to $2b for public housing.

Having learned the hard way that setting precise targets for building houses is not the way to go, Housing Minister Megan Woods kept it loose with “tens of thousands”.

Grants for first-home buyers to help them put up a deposit have been increased, and so have the caps on the value of houses that those eligible for grants can buy.

National leader Judith Collins said her party could get in behind the fund but needed to know more about it. “As usual [there is] no detail, no timelines, no targets. This whole announcement is just KiwiBuild mark two,” she said.

Property speculators came under the hammer.

The bright-line test has been increased from five to 10 years, meaning tax has to be paid on the profit from homes bought and sold within that period. Family homes are exempt.

National did its best to rain on the parade.

Collins said the measures would drive up rents and house priceseven further.

She seethed about the bright-line test extension because Finance Minister Grant Robertson said before the election it wouldn’t be changed. He did say that – when asked in September whether it would be extended, he said no.

There was no way out for Robertson, who must have known he was going to be nailed. He said he had been “too definitive” when he answered the question. Collins said he lied.

The extension of the bright-line test caused a great fuss. Collins said it was “a full-scale capital gains tax”, something Ardern had promised the government would not introduce.

ACT leader David Seymour said it was “a capital gains tax by stealth because they don’t have the honesty to come out and say it”.

Stuff described it as “effectively a capital gains tax on investment property”.

National did introduce it, for a two-year period. Labour increased it to five and has now put it up to 10. That means a speculator who buys a house and sells it within 10 years pays tax on the profit at their marginal income tax rate, which can be assumed to be 33 percent or 39 percent in most cases.

It’s a big hit designed to make the property investors think twice before snapping up homes and making huge profits in a short time as prices soar.

The government did something else as well. It is ending the ability for those who own rental homes to claims interest on their mortgages as a business expense on their tax returns.

That might be something of a mystery for people who aren’t familiar with the way owners of rental properties manage their tax affairs.

To explain it, the NZ Herald quoted accountant Anthony Appleton: “People are underestimating what a difference the prevention of interest claims is going to have on the investment market, and [the] eventual flow through to rents rising enormously,” he said.

“If a landlord purchased a property recently for say $800,000, even at current low-interest rates, that’s $20,000 of interest a year. Losing that write-off will cost them an additional $6500 every year in tax. Who knows what this will mean … but it’s going to have a big impact.”

It also surprised REINZ’s Wendy Alexander, who told the NZ Herald: “Currently you can use interest deductions as a legitimate property cost. However, this will no longer be allowed from 1 October.”

Stuff described the measures as “a full-frontal war on property speculators” and economist Shamubeel Eaqub had this interesting observation in an article published by RNZ: “The attack on investors is ballsy – something political parties have been afraid to do. The political calculus is changing. More than half of all adults rent, and a smaller, richer and greying group own more and more houses.”

Eaqub said the policies were a good tactical move but the politics might not land well.

He said the fund and Kāinga Ora’s new borrowing capacity could conceivably release 80,000 serviced sections over the next decade. “This is a big deal, given the current shortfall of housing is between 60,000 and 90,000 by my estimates.”

The Greens said the government had not gone far enough and there should be no limit on the bright-line test.

Chloe Swarbrick explained why: “Thirty percent of the homes in this country are owned by people who own between four and more than 20 homes.”

Labour knows its new housing policies aren’t likely to upset most voters, and those who are upset don’t vote Labour anyway.