A cybersecurity expert says New Zealanders on the dark web are discussing the fake Covid-19 test results and vaccine passports. 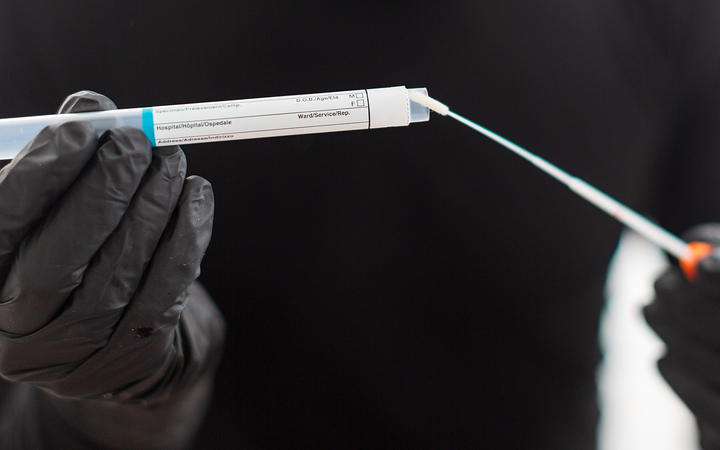 The documentation is widely available overseas for about $US25.

However, there is no evidence that New Zealanders or people heading here have obtained the forged documents.

Darkscope International cybersecurity expert Joerg Buss told RNZ’s First Up it was fairly easy to fake reports because there was no centralised way to track test results.

“At the moment we are scanning more than 200 million dark web pages per week. We do see an increase in Covid-19 vaccine proof or Covid-19 test result but also there were some tests results on offer in certain marketplaces.”

He said some entries were about $US25 (approx $NZ35) to be paid in cryptocurrency.

In the New Zealand forum, he said there was “talk” about it but he had not seen any offerings or requests in particular.

Buss said it was not difficult to find these offerings but there was always the risk of falling for a scheme that did not deliver on its word.

“About 90 percent of all the content is fake but it is not hard for someone to find the real offering … that’s what we think we will happen over the next couple of months.”

He said, much like Trade Me, sellers on the dark web also had review ratings.

“The dark web is part of the deep web,” he explained.

“The deep web is everything which is hidden through logins or … because you have a company network.

“The dark web … is estimated it has around 10 to 20 percent of the internet sites. So we’re talking tens of millions of pages. So, it’s not small.”

He said if they did find some unusual activity, they would alert the authorities like the Government Communications Security Bureau (GCSB).

“As long as we don’t have a centralised way to track results which can then not be faked, it is really hard.”

However, unlike with the immigration system where weeks can be spent verifying information, officials don’t have that opportunity when it comes to the pre-departure test results.

National deputy leader Shane Reti told First Up there needed to be more measures in place in addition to the pre-departure testing regime.

He said only Immigration New Zealand-accredited laboratories should be able to provide pre-departure Covid-19 tests.

“… so we can get past that worry that that pre-departure test was fraudulent.”