Home/Analysis/Redress, tangible compensation critical for those abused in state, faith-based care
Previous Next

Analysis – Public hearings provide a valuable window to see the work of the Royal Commission of Inquiry into Abuse in Care. But what’s happening behind closed doors will almost certainly have the more enduring effect on the ultimate political outcome of the costly exercise. 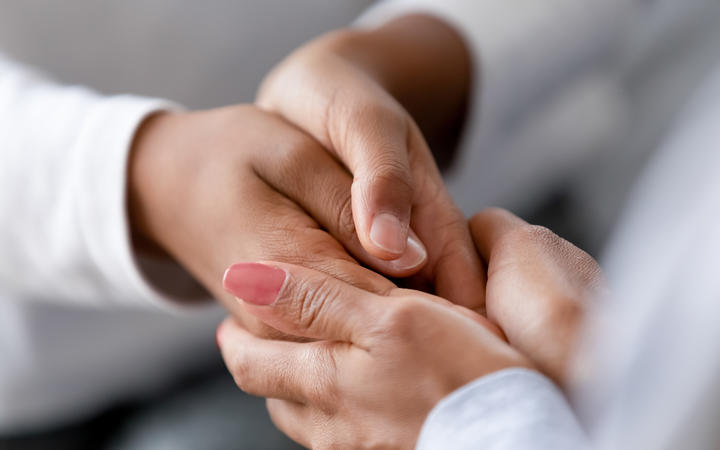 This week the commission resumes its historical examination of faith-based institutions managed by the Roman Catholic and Anglican churches, and, in particular over the coming few days, the Salvation Army.

William Booth, the Methodist minister who established the Salvation Army in the late 1800s, used to talk about the power of a punchy sermon to dangle listening sinners over the fires of hell. Over the coming days, the boot might be on the other foot.

The latest hearings began with Gerry Walker, the denomination’s chief secretary who has tendered an apology to former wards while also outlining the Salvation Army’s policies for retrospectively dealing with these matters. A colleague, Murray Houston, is to appear later tomorrow and into Wednesday.

Both men will be focusing on the experience of former wards in seeking redress (such as compensation, counselling, an apology) for abuse or serious neglect while they were in the care of faith-based institutions.

But if all this accumulating evidence can be thought of as a mountain, the public sessions are but one of the tunnels the commission is using to get into it. Another is the associated investigations that are ongoing and may yet have the biggest impact on the final recommendations of the process.

Redress is a critical issue

Redress is obviously one of the biggies.

Hopefully, that will happen soon, well before the final report is delivered in early 2023, because redress really is rather a critical issue. The government should not be allowed to keep on kicking the compensation can down the road.

The $78 million commission is the most expensive in New Zealand history but to date it has mainly been a cash cow for the policy analysts, the consultants, the career-enhancing secondees and others among its 197 employees, rather than for anybody who actually suffered abuse in any of these old places between 1950 and 1999.

Expediting the recommendations for tangible compensation would therefore be a sign of good faith, and help avoid any impression that the damaged people at the heart of the inquiry aren’t simply doing the work of unpaid props in an otherwise thoroughly middle-class career production.

To do this, of course, means not spending too much time going over familiar ground.

The structural shortcomings of the Catholic Church, for example, are basically well known and already en route to the global pantheon of accepted historical wisdom, replete with a litany of endless mea culpas from church officials going all the way up to the current pontiff.

As Matthew Epsom tartly noted in a recent column in the Gisborne Herald, Australia’s Royal Commission, England and Wales’ IICSA Report, the McCarrick Report and Pennsylvania Report in the US, Ireland’s Murphy Report, and the UN’s Committee on the Rights of the Child, among others, have all reached the same conclusions: that thousands of cases of clerical and religious child sexual abuse, dating back to the 1950s, were routinely buried by bishops and congregational leaders of the Catholic Church across the globe.

Going behind the scenes

On the other hand, sharp forensic research by the commission from behind the scenes has already turned up valuable surprises, most notably the sticky revelation that Lake Alice’s notorious Child and Adolescent Unit may have processed for more youngsters than what had been previously thought from 1972 until it was closed in 1978.

Twenty years ago, another inquiry concluded that about 200 kids – mostly from troubled family backgrounds – went through this Manawatū-based hospital wing. The unit specialised in administering ECT as a form of mind-blowing behavioural therapy usually without sedatives and typically leaving those subjected to it punch-drunk and memory-impaired. On the watch of Lake Alice chief Selwyn Leeks, it also sanctioned the use of injections as a form of punishment.

In 2002, the Labour government led by Helen Clark offered a collective apology for the earlier mistreatment, setting aside $6.5m, or $10m in today’s figures when adjusted for inflation, as part of a settlement process.

Despite this and other earlier investigations, however, the current commission is now suggesting that as many as 300 young people went through the place. This suggests a whopping miscalculation by the earlier inquiries. It also suggests quite a few people out there have never received compensation.

Another investigative theme that sounds relatively straightforward, but isn’t, is the cultural question of why there were so many Māori kids caught up in the old system – and indeed why so many of their parents went along with it?

In the meantime, the commission’s behind-the-scenes work is also taking it in interesting new directions.

Earlier in the month, Napier author Barbara Sumner, who parlayed her own experience as an adoptee into a recent memoir, Tree of Strangers, did such a session with the commission.

While this writer has had little good to say about the rubbery definitions of “abuse” – an expansion that in most cases only dilutes the state-sanctioned institutional maltreatment that was meant to be the main point of the inquiry – it is hard to argue against the case Ms Sumner makes for the fate of those whose bio-connections were severed by the state to at least be kept well in mind.

After all, if it was terrible in most circumstances for a kid to have been taken out of the family home at a young age and put into Hokio Beach School or Miramar Girls’ Home, could we not say the same of a baby repackaged by a government agency and relocated far away from its “bio-connections”? Clearly another subject worthy of investigation.

*David Cohen is a Wellington-based journalist and the author of Little Criminals: The Story of a New Zealand Boys’ Home. He writes regular analyses of the Abuse in Care Royal Commission for RNZ.