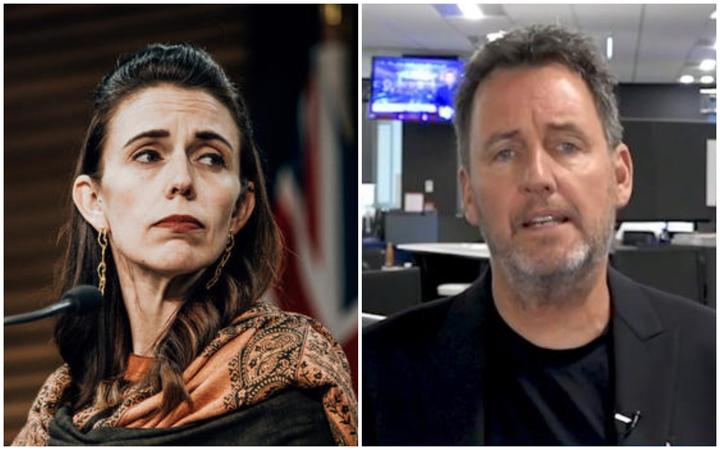 After all, it was a tough interview each week, from a broadcaster clearly keen to put her through a lot of difficult questions, and paint her in a bad light. It might have been in the public interest to have these confrontations, but it clearly wasn’t doing the politician and her government any favours.

Politicians generally try to pick and choose which media they appear in, avoiding platforms that might lead to negative coverage. What we have seen from Ardern is not so different to John Key and his National government avoiding RNZ’s Morning Report.

That’s why few will believe the prime minister when she suggests her decision to pull out of her Newstalk ZB arrangements isn’t about trying to control the media narrative – see the New Zealand Herald’s latest coverage: Prime Minister Jacinda Ardern rejects she’s picking favourable media after cancelling slot with Mike Hosking.

Some of the best analysis of Ardern’s Newstalk ZB cancellation is in Elle Hunt’s Guardian article, New Zealand: Ardern’s decision to drop regular interview gives fuel to political foes. In this, two commentators express their surprise at the decision, but both say it’s in line with previous governments and prime ministers who made media appearance decisions based on what would advantage them the most.

Commentator Ben Thomas puts forward the “cost-benefit analysis” argument, saying the prime minister has decided it’s better to put her time into appearing in softer media outlets: “Presumably her calculus is, she’s got a better chance of keeping those [National] voters if she continues talking to them on Facebook, The Breeze, Country FM than being interviewed by Mike Hosking.”

Other political communications experts are quoted by Rebecca Moore in her TVNZ article, Jacinda Ardern pulls out of weekly interview slot with Mike Hosking. Former New Zealand Herald editor, Gavin Ellis, argues that although there’s no obligation for Ardern to appear regularly on Newstalk ZB, especially if she’s too busy for it, it would be a mistake if she is singling out Hosking as a broadcaster to avoid: “If he is alone in being struck off the Monday diary, it is an error of judgement that will be read as an unwillingness to be subjected to scrutiny.”

In contrast, political marketing scholar Jennifer Lees-Marshment says that as long as Ardern is being scrutinised with interviews on other media platforms, there should be no problem. Lees-Marshment also suggests that it might be better to have Ardern spending more time governing than in the media anyhow.

The Case for Ardern’s decision

Perhaps the strongest argument in favour of Ardern spurning Hosking, is that it could help her win the next election. This is put forward by leftwing blogger Martyn Bradbury, who says talkback radio is no longer important for the voter demographic Labour is after – see: Jacinda loses the Hosking War to win the 2023 Election.

Here’s his key point: “One of the things overlooked in the last election was how National’s collapse in part was driven by new demographic dynamics, that the Boomer vote which National dominates has shrunk enormously in influence. ZB is Boomer town, and it’s a Boomer town Magic Talk fights over. That boomer demographic is less important than the GenX + GenY + Millennial vote which will for the first time ever in NZ politics numerically outnumber the Boomer electorate in the 2023 election. Hosking leads in the ratings with a demographic Labour don’t need any more, so providing Mike with a weekly punching bag for him to let out all his pent up aggression seemed too masochistic even for the Labour Party. Dumping Mike is more a recognition of talkbacks waning political influence.”

Labour-aligned former politician and academic Bryan Gould also puts forward a defence of the decision today in a blog post arguing that her appearance on the Hosking show simply isn’t “worth her time and effort”, as “it is not hard to see why the minuses might have outweighed the pluses” given the broadcaster’s attempts “to cast her in the most unfavourable light possible” – see: Jacinda’s decision.

Gould argues that “no one can accuse the PM of avoiding public scrutiny; there is probably no politician worldwide who has been as available to the public as Jacinda Ardern has been.” And the only losers from the decision are Hosking, and the profitability of his show, given that Ardern was a major weekly drawcard.

Other media outlets might be the beneficiaries of the PM’s decision, if she then spends more time with them. As Ardern has suggested, “People get their news from multiple sources, and when I look around at whether or not I’m trying to reach people where they are, I think I could do a better job, and so that factored into some of my thinking” – see Zane Small’s Prime Minister Jacinda Ardern defends dropping weekly interview slot with Newstalk ZB’s Mike Hosking.

This article also quotes a tweet from Mihingarangi Forbes, host of Three’s The Hui: “It’s about time the Government rearrange the Media Diary… A bit of equality for shows like The Hui, Marae, Te Ao, [Newshub] Nation… we’d be lucky to have the PM twice a year.”

The Case against Ardern’s decision

On Monday Mike Hosking led the charge against the Prime Minister’s cancellation, writing that Prime Minister Jacinda Ardern doesn’t answer the tough questions. He paints a picture of a politician who hasn’t been able to answer his questions in the past, and so is “running for the hills.”

Hosking argues Ardern is seeking out softer interviews: “Without being too unkind to some of the other players in this market, the reality is the prime minister enjoys a more cordial and compliant relationship. The questions are more softball. She favours a more benign pitch”.

Yesterday, Hosking has continued his case, writing that Ardern can’t stand up to scrutiny, arguing “she’s scared, she hates a hard question, she hates fact, she hates accountability, and she hates not being fawned over”.

Rival radio station RNZ are singled out by Hosking as allegedly being too compliant to Ardern’s demands: “Morning Report, the breakfast show of the state-run radio station, has apparently agreed to re-arrange the Prime Ministerial schedule to allow the prime minster to come on the day of her choosing, on the topic of her choosing. If true, and God I hope I am wrong, the fact they have allowed this is little short of a scandal.”

Fellow Newstalk ZB broadcaster Kate Hawkesby, has also condemned the PM today, likening her dealings with the media to the royal of the moment – see: Meghan Markle and Jacinda Ardern have something in common… both trying to control the narrative.

Hawkesby suggests Ardern’s rejection of Newstalk ZB is about avoiding accountability in favour of appearing on breakfast TV shows, which are “less brutal” and more about “the optics”.

Also at Newstalk ZB, Heather du Plessis-Allan is disappointed that the long-running tradition of PMs appearing on the show is over: “This slot goes back 34 years. Holmes, Lange, Palmer, Moore, Bolger, Shipley, Clarke, Key, English. Those are a lot of Prime Ministers prepared to front up and be held accountable. It’s a long line of democratic history Jacinda Ardern has ended. I know that that it got combative between Hosking and Ardern but that’s how the big boys roll” – see: PM turning her back on voters by abandoning interview slot.

She also suggests the decision means a decline in accountability: “it’s actually not Hosking that the PM is no longer speaking to weekly. It’s voters: the biggest single catchment of voters listening to commercial radio in the morning.”

Newstalk ZB’s political editor is also very unhappy. Barry Soper explains why he thinks the PM doesn’t want the weekly interviews with Hosking: “The questions were too direct, they got under her thin skin but, more importantly, she didn’t know the answer to many of them. She was exposed on a weekly basis and it simply all became too much for her” – see: Jacinda Ardern is treading water, the master of soft, flattering interviews.

But rather than painting a picture of a weak politician, for Soper it’s about Ardern’s attempts to control the media’s message, suggesting that she tends to take questions in press conferences from certain journalists. And generally, it all represents a new approach to dealing with the media: “This woman who has a Bachelor of Communications doesn’t communicate in the way any of her predecessors have. She’s the master of soft, flattering interviews and television chat shows, blanching at tough questions.”

Some have also suggested that Ardern’s decision is a continuation of other Beehive cancellations of media appearances, such as the deputy prime minister’s decision last month to cease his interviews with Peter Williams – see Georgia Forrester’s Grant Robertson axes weekly interview on Magic Talk radio show.

Finally, if you think Ardern’s decision to try to control the media narrative is new, it might be worth reading a chapter I wrote in 2015, in which I critique how all politicians seek to control media coverage, and focus attention on how John Key had a tendency to refuse interviews on RNZ’s Morning Report – see: Politicians, Party Professionals and the Media in New Zealand.

The PM will continue to appear at least weekly on RNZ’s Morning Report, although not on a set day.

* Dr Bryce Edwards is Political Analyst in Residence at Victoria University of Wellington. He is the director of the Democracy Project.