At today’s 1pm Covid-19 briefing, Hipkins – who was joined by Director-General of Health Ashley Bloomfield – said there were no new cases of the coronavirus in the community and just one case in managed isolation today.

The one new case today is a person who returned from the US and tested positive in routine testing a day or so after arrival. They are in an Auckland quarantine facility.

Dr Bloomfield said all close contacts and other contacts to date have returned negative results from the aircrew member who tested positive at the weekend.

On the outstanding gymgoer from the February cluster, Dr Bloomfield said they had returned a negative test.

Yesterday the ministery reported four cases of the coronanvirus in managed isolation and none in the community.

Hipkins said two million New Zealanders would be able to get their first vaccination in the next three to four months under the government’s rollout plan.

The plan being announced sets out broadly when certain groups can expect to be vaccinated. 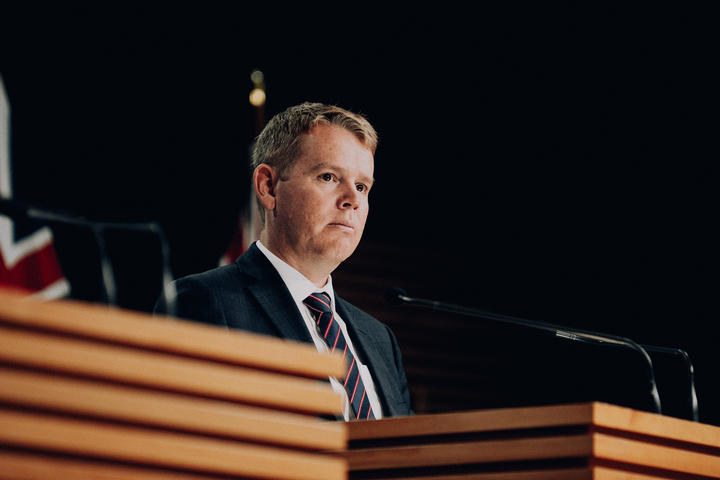 As of today, 18,000 people would have received their first dose of the Pfizer vaccine with the initial focus on Covid-19 frontline border workers and now their families, Hipkins said.

Border workers and their families have been the first to get the jab, with more than 50,000 frontline health workers next in line.

Hipkins said a targeted roll-out of the vaccine would take place over the next three to four months initially focused on the two million New Zealanders in the most at-risk groups.

After vaccinations of border workers’ household, which have just begun, the rollout would focus on frontline health workers from a number of settings and a quarter of a million people living in high risk settings. That includes older people in South Auckland, people in residential care, and older people, particularly Maori and Pasifika, living with a high risk of catching the virus.

There are two further groups being looked at: people who may need to get a vaccine on compassionate grounds or people who need a vaccine to represent New Zealand overseas, he said.

There would be an exemption process similar to that for exemptions for MIQ, but the specific criteria had not yet been decided on, Hipkins said.

“Getting vaccinated is the best way to protect our whānau, their lives and their livelihoods.”

Over-65s who had underlying health conditions in South Auckland would start getting vaccinated from the end of March, Hipkins said.

All other New Zealanders over 65, and other people with underlying health conditions that make them vulnerable to Covid-19, would start getting vaccinated from May under the government’s new plan, he said.

The vast majority of Covid-19 deaths had been in people aged over 65, Hipkins said.

He said the dates may overlap or shift slightly as modelling continued.

“Every New Zealander will be able to get a vaccine and it will be free.”

Director-General of Health Dr Ashley Bloomfield said a vaccination clinic opened in South Auckland and it will see about 150 people a day, scaling up to about 1000 people a day.

Another in West Auckland and Central Auckland will also open up in the coming weeks.

Of the 20 District Health Boards in New Zealand, 14 are now vaccinating, he said.

Hipkins said they were confident they would have their full allocation of the Pfizer vaccines in the country well before the end of the year.

The exact sequence of when they would arrive was still being locked down, they said.

Prime Minister Jacinda Ardern revealed on Monday the government had bought enough of the Pfizer/BioNTech Covid-19 vaccine for every New Zealander, with an additional 8.5 million doses purchased. She said the deal would simplify the vaccine rollout by cutting down on additional equipment and training requirements for other vaccines.

Hipkins said the deal had meant the government was able to move forward on this plan.

Hipkins said he planned to have as many people vaccinated as possible by the end of the year. Approximately 40,000 courses were being allocated to Māori and Pacific healthcare providers.

“It’s a balanced plan that prioritises reducing the chance of future outbreaks whilst protecting elders, those with underlying health conditions and those that live in locations where we know outbreaks have occurred.”

Hipkins says yesterday afternoon they received the fourth batch of the Pfizer-BioNTech vaccines – around 64,000 doses.

That brings the total number of vaccines received so far to 265,000 – enough to vaccinate more than 132,000 people with the two doses required to get maximum protection, Hipkins says.

“All of this has us in a very strong position as we move to provide details of the sequencing of our vaccine roll-out.”