Hong Kong (CNN)China is assembling an increasingly offensive military and expanding its regional footprint, as Beijing steps up efforts to supplant American military power in Asia, a top US commander warned Congress on Tuesday.
“I cannot for the life of me understand some of the capabilities that they’re putting in the field unless it is an aggressive posture,” Adm. Philip Davidson, the head of US Indo-Pacific Command, said in testimony before the Senate Armed Services Committee.
“I see them developing systems, capabilities and a posture that would indicate that they’re interested in aggression,” Davidson said. 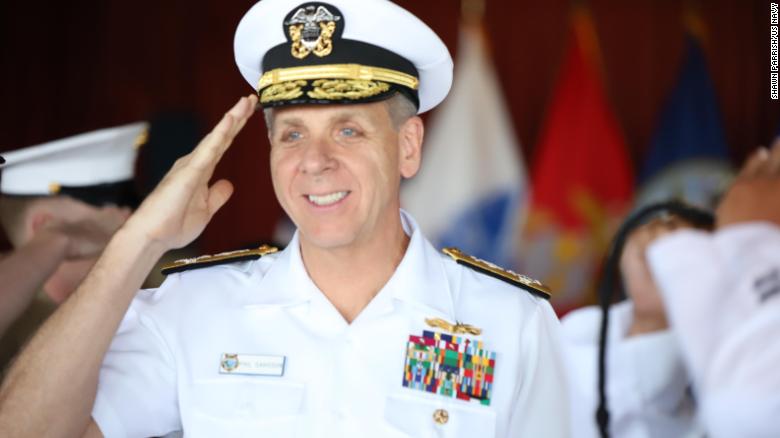 Adm. Philip Davidson, head of US Indo-Pacific Command
Davidson, who in the hearing defended budget requests for billions of dollars of new weaponry in the Pacific, said the increased investment was necessary to deter Chinese military ambition in the region.
Describing China as “the greatest long-term strategic threat to security in the 21st century” Davidson said Beijing has been carrying out increasingly threatening moves, citing Chinese military activity around Taiwan, along its disputed border with India and even around US islands in the Pacific.
“I’m worried that they’re accelerating their ambitions … to supplant the United States and our leadership role in the rules-based international order, which they’ve long said that they want to do that by 2050. I’m worried about them moving that target closer,” Davidson said.
China is adamant its military is defensive.
“The development of China’s national defense aims to meet its rightful security needs and contribute to the growth of the world’s peaceful forces,” the country’s 2019 defense white paper said. “China will never threaten any other country or seek any sphere of influence.”
Concerning Taiwan, the self-governed democratic island that China claims as its sovereign territory, Davidson said Beijing may make a move to take control of it in the near future. “I think the threat is manifest during this decade, in fact in the next six years,” he said, adding that the threat to Taiwan is increasing while the US’ ability to deter Chinese actions is “eroding.”
Asked if it is necessary for the US to defend Taiwan, Davidson said inaction would damage the US’ international status and harm its credibility as a defense partner.
Mainland China and Taiwan have been governed separately since the end of a bloody civil war in 1949 but Beijing has vowed to never allow the island to become formally independent and has refused to rule out the use of force if necessary.
“Taiwan is an inalienable part of China,” Defense Ministry spokesman Senior Col. Wu Qian said in January. “The PLA will take all necessary measures to resolutely defeat any attempt by the ‘Taiwan independence’ separatists, and firmly defend national sovereignty and territorial integrity.”
Citing Taiwan and Beijing’s territorial disputes with neighbors, Wu on Sunday defended China’s just-announced 6.8% increase in military spending for 2021, saying that “the world is not peaceful and our national defense must be strong,” according to state media.

‘Guam is a target today’

While China’s military has long been upping its presence close to its shores, in places like Taiwan and the South China Sea, Davidson revealed it is becoming more active around the US Pacific Island territories.
“We’re seeing Chinese naval deployments of service task groups and submarines that make circumnavigations of Guam and the Commonwealth of the Northern Marianas,” he said.
He also cited a Chinese propaganda video that depicted bombers hitting Andersen Air Force Base on Guam as well as Beijing’s robust ballistic missile forces, which are well within reach of the Micronesian island from the Chinese mainland. 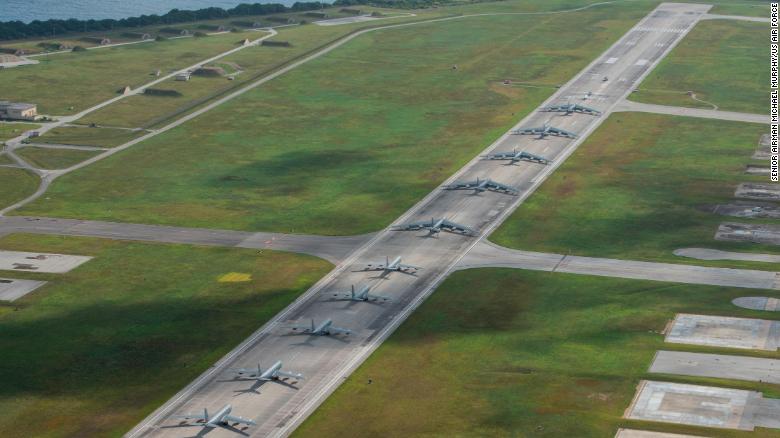 US military aircraft stationed at Andersen Air Force Base, Guam, perform an “Elephant Walk” to showcase combat readiness on April 13, 2020.
“Guam is a target today. It needs to be defended,” Davidson said, pointing out the island is home to 170,000 US citizens. “Their defense is homeland defense.”
To that end, the admiral said Congress needs to fund the Aegis Ashore missile defense system, at a cost of about $1.6 billion, for the island.
Current missile defense on Guam is provided by the Terminal High Altitude Area Defense (THAAD) system, but Davidson said it does not provide 360-degree coverage that would be required to answer possible threats from missile-armed Chinese ships, subs and planes.
“We have to demonstrate that any ambition that China might have and any threat it might put forth towards Guam would come at cost,” he said.

The Aegis Ashore plan is part of the Pentagon’s Indo-Pacific Deterrence Initiative, a $27 billion five-year plan to upgrade US forces around the region.
Besides the Aegis system, the Pentagon also requested new radar defenses for Hawaii; more intelligence and reconnaissance assets; more munitions; more Navy, Air Force and Marine troops in the region; and more training and exercises with allies and partners.
Those partners include members of the four-nation Quad, or Quadrilateral Security Dialogue, a strategic forum of the US, Japan, India and Australia. 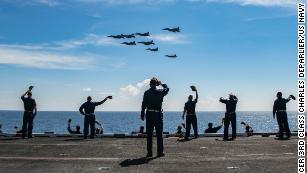 Biden looks to be in ‘lockstep’ with allies on China
Davidson on Tuesday referred to that grouping as a “diamond of democracies” in the Indo-Pacific.
The leaders of those four countries will meet virtually on Friday, in the highest level meeting yet for what to date has been an informal grouping.
Davidson said Tuesday he hoped the organization could “build into something bigger.”
“Not in terms of security alone, but in terms of how we might approach … the global economy, critical technologies like telecommunications and 5G, collaboration on the international order — just much to be done diplomatically and economically,” he said.
The US commander’s testimony came as Chinese leader Xi Jinping called on his nation’s armed forces to “focus on combat readiness” while setting out military goals for the next five years, according to a report from the state-run Xinhua news agency.
“Highlighting the ‘instabilities’ and ‘uncertainties’ in China’s current security circumstances, Xi said the whole armed forces must always be ready to respond to all kinds of complex and difficult situations, resolutely safeguard national sovereignty, security, and development interests, and provide strong support for fully building a modern socialist country,” the Xinhua report said.
info@thenationalpolicy.com2021-03-10T22:55:39+00:00March 10th, 2021|News|0 Comments