The US Senate has voted to approve America’s third major spending package to deal with the impact of the Covid-19 pandemic. 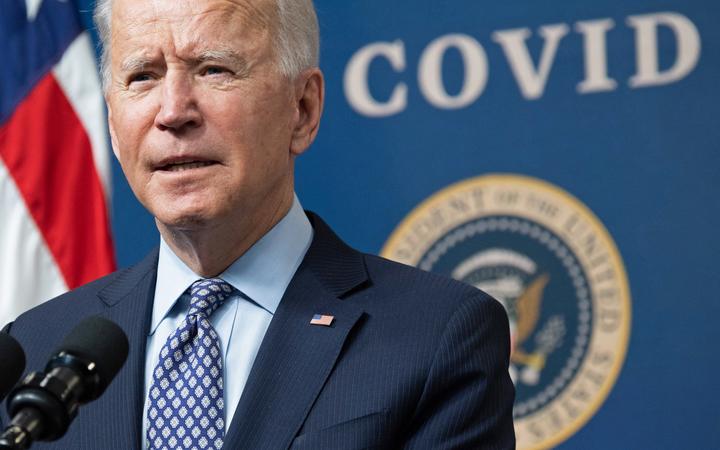 The relief plan has been championed by US President Joe Biden. Photo: SAUL LOEB / AFP

The $US1.9 trillion ($NZ2.6tn) plan passed by 50 votes to 49. It will head to the House of Representatives on Tuesday where it is expected to be endorsed.

The relief plan has been championed by President Joe Biden, but Republicans have criticised it as too costly.

Biden’s Democratic Party compromised on a key issue ahead of the vote.

There were long discussions over federal unemployment benefit, which Democrats agreed to lower from $400 to $300 a week. The benefit would be extended until 6 September under the plan.

The package also envisages one-off payments worth $1400 to be sent to most Americans.

In a statement following the Senate vote, President Biden said a “giant step forward” had been taken on the promise that help was on its way to those badly hit by the pandemic.

He said he hoped for a quick passage of the bill through the House so that he could sign it into law.

America’s worst public health crisis in a century has left nearly 523,000 people dead and 29 million infected, with a current unemployment rate of 6.2 percent. 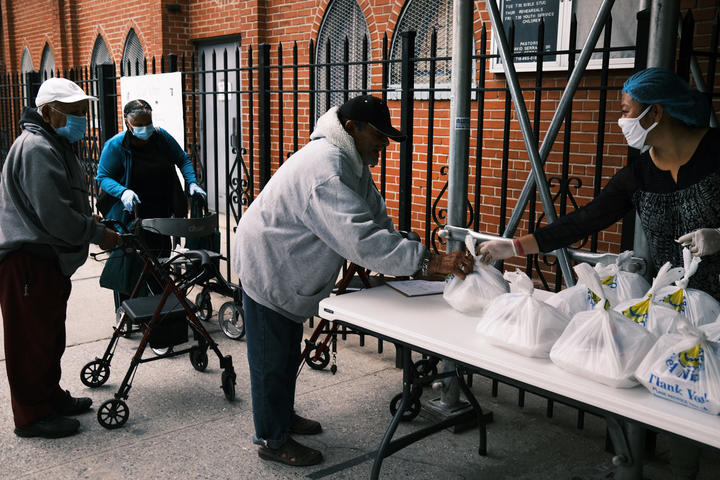 Meals are handed out at a church in The Bronx, New York City. The area has long struggled with poverty, but been especially impacted by the Covid-19 pandemic. Photo: AFP

What’s in the package?

The so-called American Rescue Plan allocates $350 billion to state and local governments, and some $130bn to schools.

It would also provide $49bn for expanded Covid-19 testing and research, as well as $14bn for vaccine distribution.

The extension of jobless benefits until September, meanwhile, would mark a key reprieve for millions of long-term unemployed Americans whose eligibility for benefits is currently due to expire mid-March.

The bill also includes grants for small businesses as well as more targeted funds: $25bn for restaurants and bars; $15bn for airlines and another $8bn for airports; $30bn for transit; $1.5bn for Amtrak rail and $3bn for aerospace manufacturing.

What were the sticking points?

While Republicans broadly backed two previous stimulus plans, passed when they controlled both the White House and the Senate under Donald Trump, they have criticised the cost of Biden’s bill.

There was a marathon 27-hour session before the final vote on Saturday, and the 50-49 tally along party lines was indicative of the widespread Republican opposition.

The even split between the parties in the Senate meant that every Democratic senator needed to support the party’s plans.

But on Friday a moderate Democrat, Senator Joe Manchin, objected on the grounds that the huge bill might overheat the economy. It took 11 hours of negotiation throughout the night to come up with a deal.

The compromise on lowering unemployment benefit meant the package could move forward to a final vote.

“It’s been a long day, a long night, a long year, but a new day has come and we tell the American people help is on the way,” Senate Democratic leader Chuck Schumer said ahead of the vote.

Senate Republican Leader Mitch McConnell, however, criticised the aid package. “The Senate has never spent $2tn in a more haphazard way or through a less rigorous process,” he said.

Schumer has predicted that the House will endorse the bill and President Biden will sign it before boosted unemployment benefits expire on 14 March.