Travellers arriving in Australia from New Zealand face tighter restrictions in NSW, Queensland, Victoria and Tasmania in response to a growing COVID-19 outbreak in Auckland.

At least eight cases have been linked to a cluster at a high school in Auckland that was discovered on February 14 and triggered a snap three-day lockdown in New Zealand’s largest city.

The cluster was discovered days after quarantine-free “green flights” from New Zealand to Australia resumed.

NSW Health is contacting travellers who have arrived on quarantine-free flights from New Zealand since Saturday, February 20, to check if they had been to any venues of concern visited by an infectious person.

“As a precaution, people who have arrived since Saturday 20 February are also being asked if they are well and are being asked to get tested for COVID-19 and isolate until they get a negative result, or for 14 days if they attended one of the venues,” a public health alert issued on Wednesday night said. 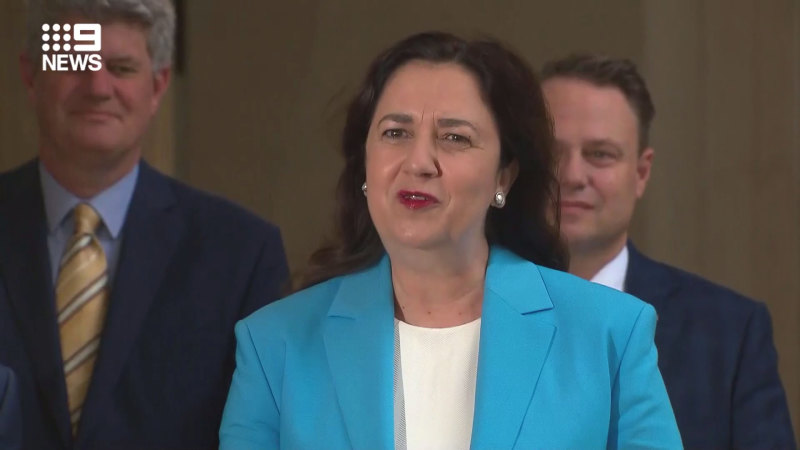 The New Zealand travel bubble has burst for Victoria, New South Wales and Queensland – as the three states introduce new restrictions for travellers arriving from across the ditch.

The state’s health authority has also deemed Auckland a hotspot, which means travellers arriving in NSW from New Zealand who have been in Auckland, including the airport, will have to enter hotel quarantine for 14 days.

Victoria’s Department of Health issued a statement late on Wednesday night saying all flights arriving from Auckland into Victoria would be regarded as “red zone” arrivals from 11.59pm on Wednesday.

The statement said anyone arriving into the state from the New Zealand city would have to enter mandatory hotel quarantine for 14 days.

Any traveller from Auckland who arrived in Melbourne from Tuesday was urged to get a COVID-19 test immediately and quarantine until they received a negative result.

The Victorian Department of Health said in the statement that it was in the process of contacting impacted travellers and would provide them with advice about where to get tested.

Meanwhile, Queensland closed its borders to New Zealand travellers on Wednesday night and stripped the country of its “safe travel” status.

“Unfortunately, over the past few days New Zealand has been recording some new positive cases, which is why we are closing the border from 6pm,” Dr Young said.

“Anyone who is permitted to travel to Queensland from New Zealand will be required to quarantine on arrival.

Stay across the news you need to know related to the pandemic. Sent Monday and Thursday. Sign up here.

“Acting with an abundance of caution has kept Queenslanders safe and that’s exactly the path we will continue to take.”

Queensland Health is also recommending all travellers who have been in New Zealand since February 21 to get tested and isolate until results are received.”

Tasmania’s Public Health Services declared Auckland a high-risk region and said anyone on mainland Australia who has been in the area in the 14 days before their arrival was not permitted to enter Tasmania, unless they have been approved as an essential traveller.

“Public Health Services is contacting people who have been in New Zealand in the past 14 days and have recently arrived in Tasmania to ensure they have not been in one of the newly declared hot spots in New Zealand.”

On February 14, New Zealand recorded its first local COVID-19 cases since January 24 and the city was locked down for three days.

Three more cases were discovered on February 23 linked to an Auckland high school and these positive diagnoses were believed to be linked to those detected on February 14.