Myanmar coup – a response from diaspora in New Zealand

Myanmar coup – a response from diaspora in New Zealand 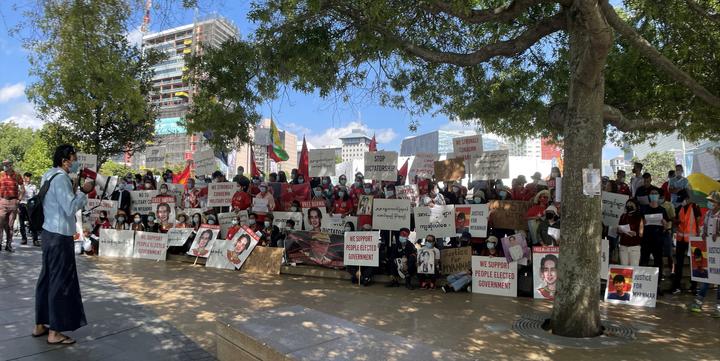 The UK, EU and Australia are among those to have condemned the military takeover, while New Zealand has suspended political and military ties with Myanmar except for humanitarian aid to people on the ground. New Zealand’s suspension of ties was one of the first major international responses to the army’s takeover in Myanmar.

The coup was staged as a new session of parliament was set to open and Aung San Suu Kyi is currently under house arrest.

Since the army’s seizure of power, tens of thousands of people have joined street protests. Early 14 February saw armoured tanks moved into cities – a full show of the military’s power, while homes of government workers who joined the civil disobedience campaign have been surrounded by security forces as well. 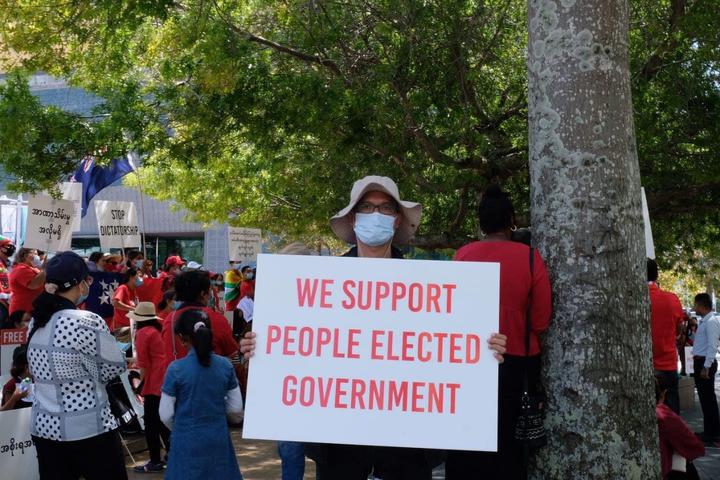 In New Zealand, the Burmese community has been organizing solidarity marches and protests in Auckland and Wellington demanding an end to military rule, a return to democracy and the release of their elected leader Aung San Suu Kyi.

Ei Mon Thinn Kyu arrived in Auckland two years ago. She comes from a family that’s all too familiar with uprisings – her father, who lives in Myanmar was a political prisoner for 16 years following the uprising of 1988 in Yangon.

“People need to know that we’re not just fighting for the release of Aung San Suu Kyi but for true democracy.” 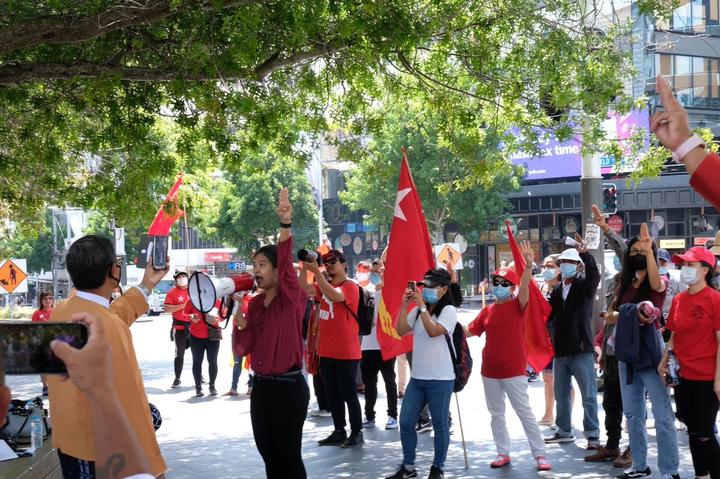 Ei Mon has been at the front of organising both Auckland and Wellington gatherings, along with an ex-military medical officer who came to Auckland as a student on a scholarship five years ago, who choses  to be called Thin.

“As an ex-military person, the first day I heard about this I felt embarrassed and upset,” he said. “My brother back home has been part of the uprising and it’s worrying. We all need stamina for the fight – it’s not a short term one – it’s long term.”