Biden inauguration: A rich tapestry of marvels and the mundane

Home/Opinion/Biden inauguration: A rich tapestry of marvels and the mundane
Previous Next

Biden inauguration: A rich tapestry of marvels and the mundane

Opinion: In a ceremony that was at once ordinary and extraordinary, Joseph Robinette Biden Jr was inaugurated as the 46th American president on 20 January just before noon Eastern Standard Time. 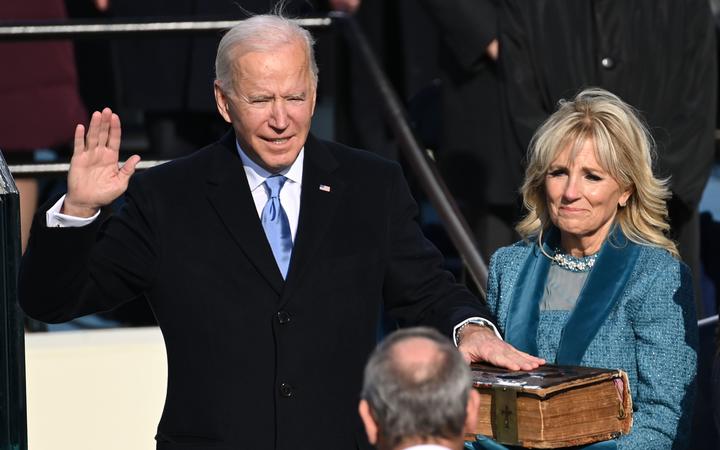 Joe Biden is sworn in watched by his wife, Jill, who is holding their family Bible. Photo: AFP

As Ronald Reagan had noted in his own inaugural address 40 years earlier, “in the eyes of many in the world, this every-four-year ceremony we accept as normal is nothing less than a miracle.”

Given that the US Capitol Building had been physically invaded by right-wing insurrectionists two weeks prior to Biden taking his oath of office, the fact of a public inauguration on those very steps was perhaps miraculous enough.

But the day was abundant with history: a rich amalgam of uplifting marvels, sombre remembrances, and the last gasp of a norm-busting predecessor.

Most notable was the elevation of the first woman and the first person of colour to the office of the vice presidency. Resplendent in purple to honour Shirley Chisholm – the first Black woman to run for president – Senator Kamala Harris was administered the oath of office by Supreme Court Justice Sonia Sotomayor, the first Latina on the nation’s highest court.

The riot of Harris’ hue and the joyousness of her moment in history stood in sharp contrast to the empty National Mall, normally a heaving mass of a million or more souls. On Wednesday it was instead filled with 200,000 flags. 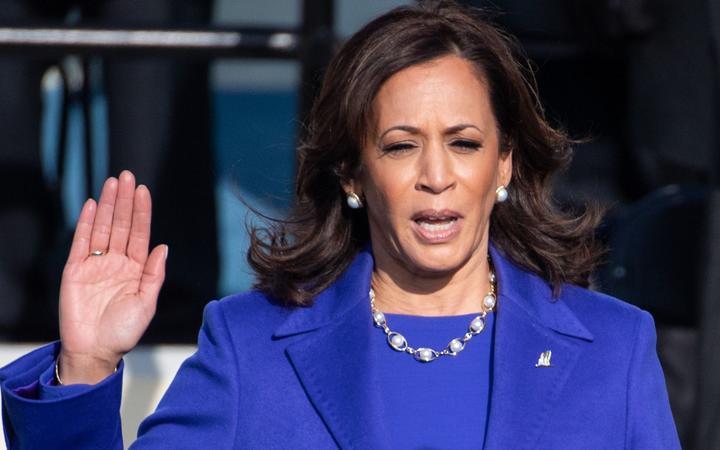 Kamala Harris is sworn in as vice-president of the United States. Photo: AFP

Dancing in the frigid January breeze, they symbolised the many Americans that wished to, but could not attend the inauguration. The Covid-19 pandemic, still ripping through the nation, rendered such a massive public gathering unsafe.

The inauguration was also highly unusual in that Biden’s predecessor, Donald Trump, was absent. Presidential politics is a blood sport, and the 2020 election was no more savage than prior races.

But wedded to the lie that he won the November election in a landslide, and unwilling to end his presidency honouring the peaceful transition of power, Trump crept out of Washington on Marine One Wednesday morning. Twenty minutes later, he delivered a falsehood-filled farewell to a small crowd on the tarmac at Andrews Airforce Base before departing on Air Force One for Florida. 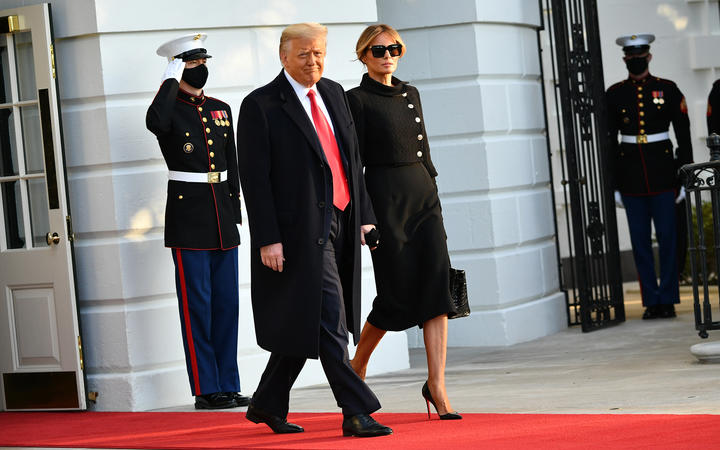 Despite these striking departures, many of Wednesday’s events reflected what we have come to expect, and rely upon, from American democracy.

Biden’s address, quoting from America’s founding documents, urged unity. He promised to be a president for all Americans. He spoke to the promise of America. These themes have resonated down the ages, in inaugural speeches given across two centuries.

Thomas Jefferson in 1801 urged Americans to “unite with one heart and one mind” and to act “with courage and confidence” in pursuit of unity and representative government.

Abraham Lincoln, who addressed the nation in 1865 as it teetered on the brink of civil war (and whose task in unifying a fractured citizenry is compared to Biden’s task in 2021) reminded Americans that “we are not enemies, but friends . . . though passion may have strained, it must not break our bonds of affection”. George H W Bush in 1981 noted that a presidential inauguration “is a day when our nation is made whole, when our differences, for a moment, are suspended”.

Biden spoke of restoring America as a “beacon to the world”. This was a reference to the “city on the hill” imagery conjured in 1630 by John Winthrop, the first governor of Massachusetts, and invoked by Reagan throughout his political life. Biden promised Americans that “truth and justice did not die on our watch,” an acknowledgment of the epistemic crisis in US political discourse.

As with every modern inauguration, the event (which stretched from day into night) featured pop stars, prayers, and poetry. The US youth poet Laureate Amanda Gorman, filling the shoes of giants including Maya Angelou, recited her poem, The Hill We Climb. It was an astonishing ideation of reckoning and hope. 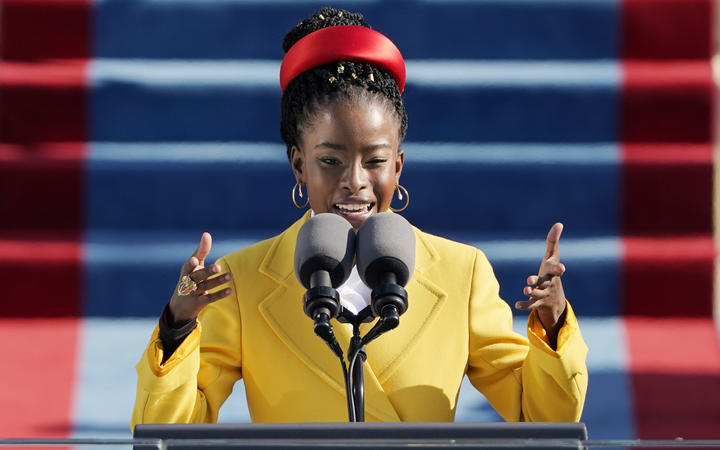 For all that was marvellous, and for all that was comfortably normal, an inauguration is not an administration. The new president got to work on Wednesday night and into Thursday morning, signing Executive Orders to undo his predecessor’s policies, including controversial stances on immigration, LGBTQ rights, and climate change.

But important questions remain as to whether the last four years in America were a feature or a bug. Did the Trump presidency foster divisions, or did it simply reveal them? Will Trump’s assault on norms and institutions render them permanently weakened, or will they grow more robust and able to combat attacks from enemies both foreign and domestic?

While President Biden signalled his intention to restore America’s social fabric and the values underpinning it, this burden is not carried solely on the shoulders of the elected few. As Amanda Gorman eloquently reminded Americans on Wednesday, the more perfect union they strive to build is in their hands.

And yes we are far from polished

but that doesn’t mean we are

striving to form a union that is perfect

We are striving to forge a union with purpose

To compose a country committed to all cultures, colours, characters and

but what stands before us

We close the divide because we know, to put our future first,

we must first put our differences aside