Opinion: Trump loses control of his own deluded narrative

Home/Opinion/Opinion: Trump loses control of his own deluded narrative
Previous Next

Opinion: Trump loses control of his own deluded narrative

Opinion – ‘I can’t believe this is happening.’

‘I knew this was going to happen.’

These two conflicting thoughts are being repeated thousands of times around the world today, as Washington DC collapses into violence and anarchy. 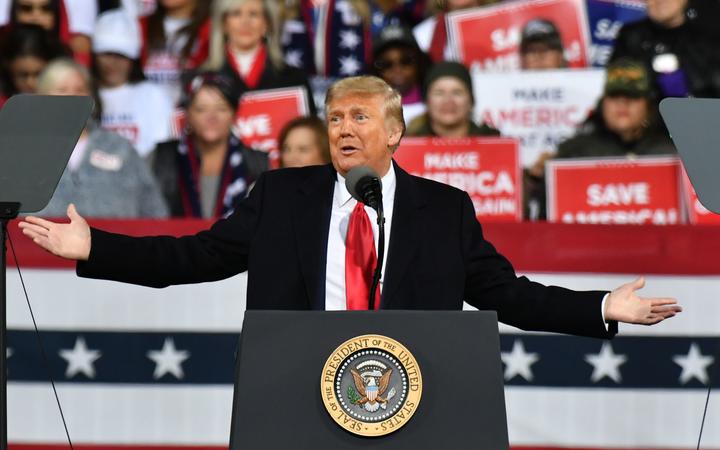 The scenes unfolding in America’s capital today are like something from a bad action movie, with bearded, shambling blokes in camouflage gear as the stars.

At least one person has died as I write this.

There’s one man responsible for this chaos and anarchy, and regrettably, for the next 14 days, he’s the President of the United States, who has pushed and pushed his false narrative until he’s utterly lost control of it.

This feels like the natural endgame for a president who has systematically woven his own reality for the past four years, culminating in the increasingly deranged insistence that he won an election he lost by 7 million votes.

President-elect Joe Biden’s margin of victory in the Electoral College is identical to Donald Trump’s in 2016; his popular vote gap is larger than Barack Obama’s definitive win against Mitt Romney in 2012. It’s really not that close.

Dozens of lawsuits alleging fraud have been thrown out, but sycophants and enablers have fostered the notion that Trump somehow was cheated out of re-election rather than the reality – he was voted out by a firm majority of people utterly sick of him and the chaos he creates.

As the designated “American explainer” guy among my New Zealand friends, I keep saying the same words over and over lately: “This is not normal.”

Nobody normally wastes time thinking about the Electoral College certification by Congress, a formality that comes long after the last vote is counted. But Trumpland is not normal, even if you live there. 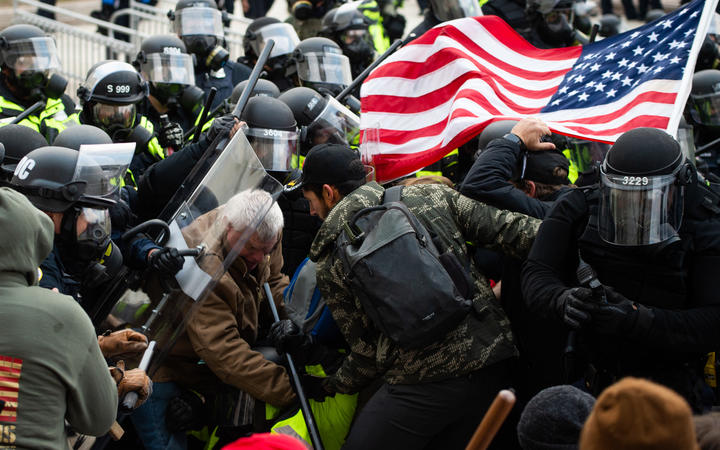 American journalist and author Jesse J Holland and I went to university together.

Jesse covered the US Supreme Court for the Associated Press for years, and he knows Washington. I spoke to him briefly today as that city trembled.

“This is something that I never thought I would see in the United States,” he told me.

On social media, Holland, a Black man originally from Mississippi, pointed out a photo of a rioter with a Confederate flag proudly marching inside the Capitol building, an unimaginable image of white supremacy and disrespect for everything America stands for. It’s a sign of the fierce, secessionist following that Trump has goaded.

“This is an example of how words matter,” Holland told me.

“These rioters have been primed by baseless accusations of election fraud, and any intelligent person could see where this was going once these out-of-towners arrived in the nation’s capital.

“They were falsely told that they were cheated, and they are taking their unjustified anger out on our Capitol.”

Even as rioters stomped through congressional offices and stole souvenirs from the Capitol, Trump couldn’t back away from his delusions, still insisting he won in a “landslide” in a brief statement which ended with him telling the treasonous mob that “we love you”.

Trumpism is at its heart a kind of nihilism, a dogged insistence on perception beating reality – the “great businessman” who’s been bankrupted multiple times, the “man of faith” married three times and never attending a church regularly.

Trumpism believes in nothing except the image, and the image has created a monster that stormed outside of even his control today. He could have calmed the noise weeks ago, by admitting the obvious and conceding.

The spectacle of these insurrectionists storming Congress was mind-boggling, but also feels like it’s been foreshadowed in the narrative since chapter one.

Trump’s schtick is grievance, the idea that all your troubles in life are the fault of some “other”. It’s a tactic used long before Trump, and despite today’s carnage it will undoubtedly be used again and again. 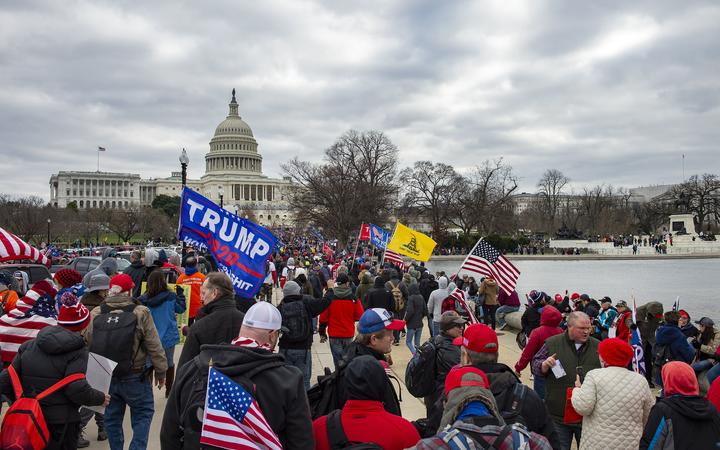 To the guy obsessively checking his Facebook groups, scrolling the Gateway Pundit and OAN daily, Trump’s speeches were a call to war.

America always wrestles with its best and worst instincts.

A poor farmer’s son born into poverty can become Abraham Lincoln. A man crippled by polio can win a World War.

A rich businessman’s son and reality TV star can bluff his way to the Oval Office.

I don’t quite know how America moves on from this. It’s entirely possible that today’s events will force real change, that Trump might not even make it the next two weeks as president, and that things will be different. It’s also possible that nothing will really change at all.

Either way, I can’t quite believe this is happening, even though part of me felt like it was going to happen all along.

It’s easy to give up, and I applaud President-elect Biden for maintaining a dignity and calm that few of us could manage over the past eight weeks.

At this fragile moment in time, I think all of us here in New Zealand would welcome an uneventful, somewhat dull administration and days when you don’t even really think about the President of the United States.

“America is stronger than its worse citizens,” Jesse Holland told me as he watched the news unfold from a lot closer to it all than I am. “We will move forward and we will not only endure, we will prevail.”

I sure hope he’s right.

*Nik Dirga is an American journalist who has lived in New Zealand since 2006.