The Week in Politics: Government ends the year on a high

Home/Analysis/The Week in Politics: Government ends the year on a high
Previous Next

The Week in Politics: Government ends the year on a high

Analysis – An opinion poll shows the government’s popularity has risen since the election, Judith Collins promises to show New Zealand a new National Party and gaining cross-party support for hate speech law reform could be a problem for the prime minister. 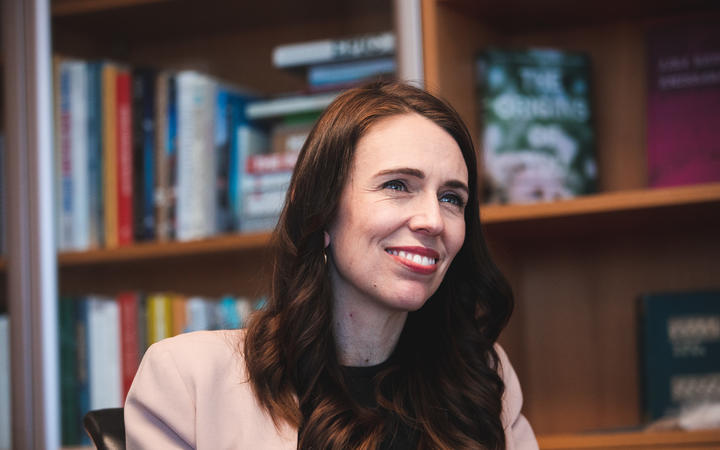 Jacinda Ardern was up three points to 58 per cent in the preferred prime minister stakes, according to a post-election poll. Photo: RNZ / Sam Rillstone

The government ended the political year in the best possible way, with an opinion poll showing it was even more popular now than on election day.

TVNZ’s first Colmar Brunton poll since the election showed Labour on 53 per cent compared with the 50 per cent it actually won and around six points up on the last poll taken just before the election.

Jacinda Ardern was up three points to 58 per cent in the preferred prime minister stakes and National’s leader Judith Collins dropped eight points to 12.

None of this means anything in terms of the next election but it’s great for caucus morale and a really good way for Labour to go into the summer recess.

Collins, meanwhile, revealed she considered rejecting the party leadership when her colleagues asked her to take it on. “I wouldn’t quite describe it as a poisoned chalice but it was definitely not a golden ticket,” she told RNZ.

After sleeping on it, she decided to go for it. “I am an optimist and I genuinely believed that the election was still winnable by us if things went our way,” she said.

Things didn’t go National’s way. Collins said a combination of leadership changes, an inexperienced campaign team and “self-inflicted distractions and wounds” meant the party didn’t present itself as a government in waiting.

That meant putting forward National’s policies and not opposing everything the government put up, she said. The party would support the government when unity was needed, and it would stand up in opposition to proposals that were against National’s principles.

Parliament adjourned on Wednesday until February 8 after a debate on the Royal Commission of Inquiry’s report on the Christchurch massacre.

The report’s findings and its 44 recommendations were extensively covered by the media and the government responded.

Ardern said it accepted all the recommendations, which would be implemented over time. She put Andrew Little in charge of co-ordinating the overhaul of security intelligence, and apologised to the Muslim community.

One of the core recommendations is already creating controversy – the creation of a new offence under the Crimes Act making it illegal to intentionally stir up hatred against racial or religious groups.

The government doesn’t need any help to pass a new law but, speaking in Parliament, Ardern said she would work with all parties to try to “close the gaps” in hate speech legislation.

She really will have to work on that, because shortly afterwards Collins told reporters there would have to be “a very compelling reason” for National’s MPs to back it.

“As a party, we certainly do not support people being criminalised for unwise statements when they should be basically spoken to,” she said.

Collins told Morning Report the issue was previously explored by a select committee inquiry chaired by MP Dianne Yates in 2005.

“What we do not want to end up with in New Zealand is UK-style hate speech legislation that has ended up with people being criminalised and even imprisoned for foolish and silly comments on social media,” she said.

Question time during Parliament’s last two days this week wasn’t up to much but it did give Finance Minister Grant Robertson the opportunity to put the latest government accounts on show.

Helped by Labour MPs asking him what recent reports he had seen on the economy, Robertson said the latest accounts showed a deficit of $3.8 billion for the four months to October. That was less than half the pre-election forecast, with the improvement being due to higher than expected consumer spending, higher tax revenue and a drop in government spending.

There’s likely to be more good news to come, although Robertson won’t be able to parade it in Parliament. The ANZ bank is predicting GDP figures due out next will show a 14 per cent improvement for the third quarter of the year.

That would be a big bounce back, but the bank’s chief economist, Sharon Zollner, said the economy wouldn’t return to pre-Covid levels until the end of next year. That lined up with what Reserve Bank governor Adrian Orr told the Finance and Expenditure Select Committee on Wednesday. He didn’t think it would fully recover until 2022.

Cabinet holds its last full meeting on Monday and most MPs have left for their electorates. It’s been a huge year and they deserve a break. So does everyone else.