Week in Politics: Labour shows what a majority government can do

Home/Analysis/Week in Politics: Labour shows what a majority government can do
Previous Next

Week in Politics: Labour shows what a majority government can do

Analysis – Jacinda Ardern’s majority government was on the charge this week, passing legislation on drug testing and creating a new top tax rate. Legislation that doubles sick leave was introduced, Parliament voted to declare a climate emergency and the Māori Party let everyone know it was back. 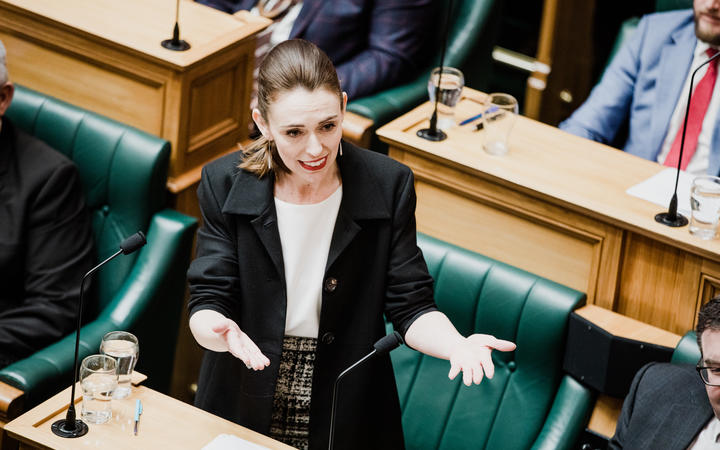 In Parliament this week we’ve seen how a majority government operates when it wants to get things done.

No need to negotiate with other parties on the details of bills, no quibbling over the wording of motions that go before the House and no “handbrakes” on what it wants to do.

When Parliament sat for its first real working day on Tuesday, Labour’s vast caucus filled half the House and spilled over into the other. The whips don’t have to worry about having enough votes.

First up was a bill to allow drug testing to take place at music festivals. Parliament went into urgency so it could pass all its stages because the government wanted it in place for the summer festivals – though it may prove too late.

Health Minister Andrew Little said it would allow drug-checking services to operate without the threat of criminal liability, which has been a grey area.

“We accept the reality that many young people will be experimenting with drugs. We want to minimise the harm,” he said.

National opposed the bill, with justice spokesperson Simon Bridges telling Parliament: “More of our kids, as a result of this bill becoming law, will take drugs like ecstasy and more will be harmed. No ecstasy pill is safe – not a single one of them.”

ACT supported it. Health spokesperson Brooke van Velden said ideally the legislation would be given greater scrutiny but she accepted the urgent need for it.

“It’s a fact many people choose to take pills at concerts and festivals, and no one wants to be the loved one of a tragic fatality that could have been avoided,” she said.

The bill passed 86-33. It has a life of 12 months. Little said a more lasting solution would be found.

A bill to double sick leave to 10 days a year had been drafted and was ready to go on day one. Prime Minister Jacinda Ardern and Workplace Relations Minister Michael Wood announced it at the post-Cabinet press conference on Monday and then put it into the House.

They explained why they believed it was needed and said it would benefit workers and employers because healthy staff were more productive.

Wood said he accepted that many employers offered more than the current statutory limit of five days but about half did not, and Covid-19 had shown how important it was to stay home and get well before going back to work.

National was worried about the cost and didn’t support the bill. Workplace relations spokesperson Scott Simpson said MBIE had estimated it was close to $1 billion a year.

“Businesses don’t have an infinite capacity to absorb costs,” he said. “A billion dollars actually represents close to 1 per cent of the nation’s total payroll.”

ACT joined National in opposing the bill. “Another week’s sick leave, another public holiday, those are things that are going on to the costs faced by employers,” said party leader David Seymour. “And people wonder why we’re not getting productivity growth.”

It doesn’t increase the maximum 20 days that sick leave can be saved up and won’t affect every worker at the same time – that will depend on when they start their employment.

The bill passed its first reading 76-43 and will go to a select committee for public submissions. The Greens had pushed for it to be in place by Christmas but Wood said he wanted to make sure everyone who wanted to have a say on it could put in a submission. He wanted to “get it right”.

It is expected to be passed into law around the middle of next year.

Another bill that got the urgent treatment was one that implements the government’s policy, announced during the election campaign, to set a new top tax rate of 39 percent on income over $180,000.

Its stated purpose is to help the economic recovery, and Finance Minister Grant Robertson has said it will affect only 2 per cent of income earners, about 75,000 people..

The Greens took the unusual step of abstaining. They couldn’t vote against it because their co-operation agreement with the government stops them opposing budget and tax legislation.

Party co-leader James Shaw said the Greens wouldn’t vote for the bill because it didn’t bring in a wealth tax or a capital gains tax.

It was likely to further increase inequality, he said, because high income earners would be incentivised to shuffle even more money into property.

“The last time the top tax rate was increased to 39 cents without also taxing wealth or capital gains we saw house prices increase 17 per cent because people channelled income into trusts instead, and those trusts invested in property,” he said.

Revenue Minister David Parker said he would be keeping an eye on any income being shifted into trusts, which are taxed at 33 per cent. “If that behaviour becomes apparent then we’ll move to increase the trust rate to stop it being used as an avoidance loophole,” he said.

Labour and the Maori Party voted for the bill, which passed all its stages with Parliament under urgency.

The most highly-anticipated event of the week was the declaration of a climate emergency. Labour and the Greens had wanted to do it last term but New Zealand First blocked it.

It was more than just words. Ardern committed the government and the public service to achieving carbon neutrality by 2025. Agencies will have to measure and reduce their emissions and offset what they can’t. 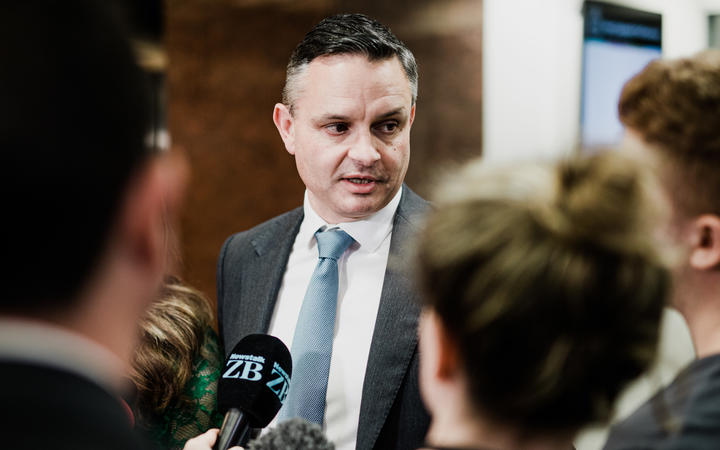 Among the things they will have to do is purchase electric vehicles, reduce the size of their fleets and phase out coal boilers.

“The public sector needs to be and will be an exemplar that sets the standard we all need to achieve by 2050,” Ardern said.

Climate Change Minister James Shaw echoed her words and said New Zealand was facing “one of the greatest challenges of our time”.

New Zealand has joined 32 other countries which have declared climate emergencies.

National and ACT dismissed it as a stunt.

ACT’s Simon Court, a new MP who has been given his party’s climate change portfolio, said declaring an emergency was “nothing but a stunt, it’s not a solution.”

Labour, the Greens and the Maori Party supported the motion, which was adopted 76-43. 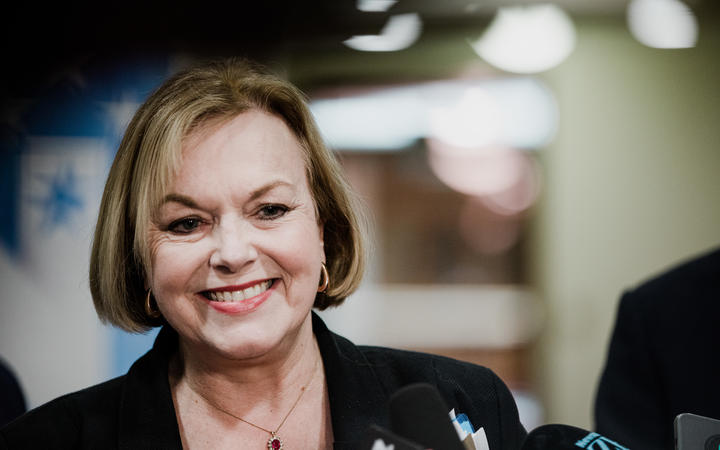 Question time during the week was dominated by the housing crisis. National’s leader Judith Collins peppered Ardern with questions about why prices were soaring and what the government was or wasn’t doing about it.

Ardern responded by detailing measures the government had taken and those she said the previous government failed to take. Nothing of any substance came out of the exchanges.

Collins also pushed another issue, linked to it. That was the bright line test and whether the government intended extending it.

The test requires that those who sell residential property, apart from their family home, within five years of buying it must pay income tax on any capital gains.

It was introduced by the National-led government in 2015 as a measure to help curb investor activity. It was originally set at two years but the current government extended it to five.

National has been interested in it since Parker last week said extending it was one of the things the government had asked the Reserve Bank to look into.

Would extending it mean a new tax, which Labour promised during the campaign it wouldn’t bring in apart from the new top bracket? That is what has got National going.

Asked about this on the AM Show, Parker replied: “We were clear. No capital gains tax, no wealth tax. We didn’t say we wouldn’t tinker with the details of existing taxes.”

When Collins put her questions to Ardern, the prime minister and the minister of finance said the Reserve Bank had been asked to look at various measures that might help stabilise the housing market and no decisions had been made.

National will be watching this. If the Government does anything that looks like bringing in a new tax it will be accused of breaking a core campaign promise. 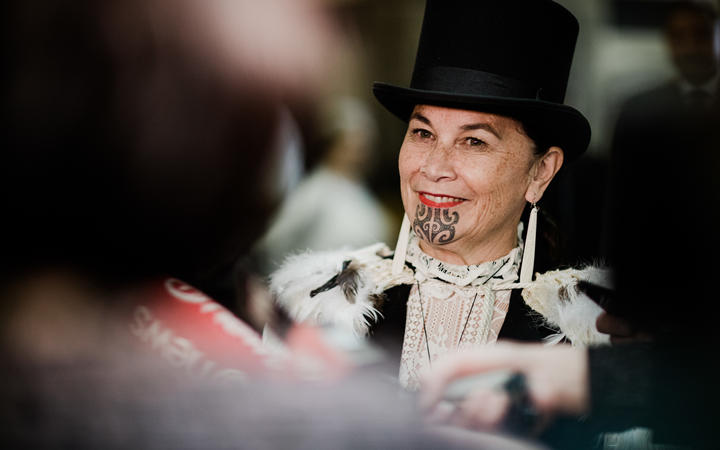 The Māori Party let everyone know it was back. In her maiden speech, co-leader Debbie Ngarewa-Packer described early New Zealand governments as “monsters, murderers and rapists”.

There was an important function in Parliament this week that didn’t get much media prominence.

Former deputy prime minister and foreign minister Winston Peters was farewelled at a reception attended by members of the diplomatic corps, senior MFAT officials and MPs.

Ardern paid a tribute which had Peters dabbing at his eyes, the Herald reported.

She said Peters had been at her side during tough times. “I always remember the day after the terror attack in Christchurch when we travelled to Christchurch together,” she said.

“You were by my side that day and I don’t under-estimate the value and importance… I placed on having your wisdom and your support on that darkest of days.”

Peters thanked her and said he was overcome.

He didn’t say anything about his party’s election loss or his future plans and avoided the media.

He is, as usual, keeping us waiting.

*Peter Wilson is a life member of Parliament’s press gallery, and worked for 22 years as NZPA’s political editor and seven as parliamentary bureau chief for NZ Newswire.