Analysis: What does declaring a ‘climate emergency’ actually do?

Home/Analysis/Analysis: What does declaring a ‘climate emergency’ actually do?
Previous Next

Analysis: What does declaring a ‘climate emergency’ actually do? 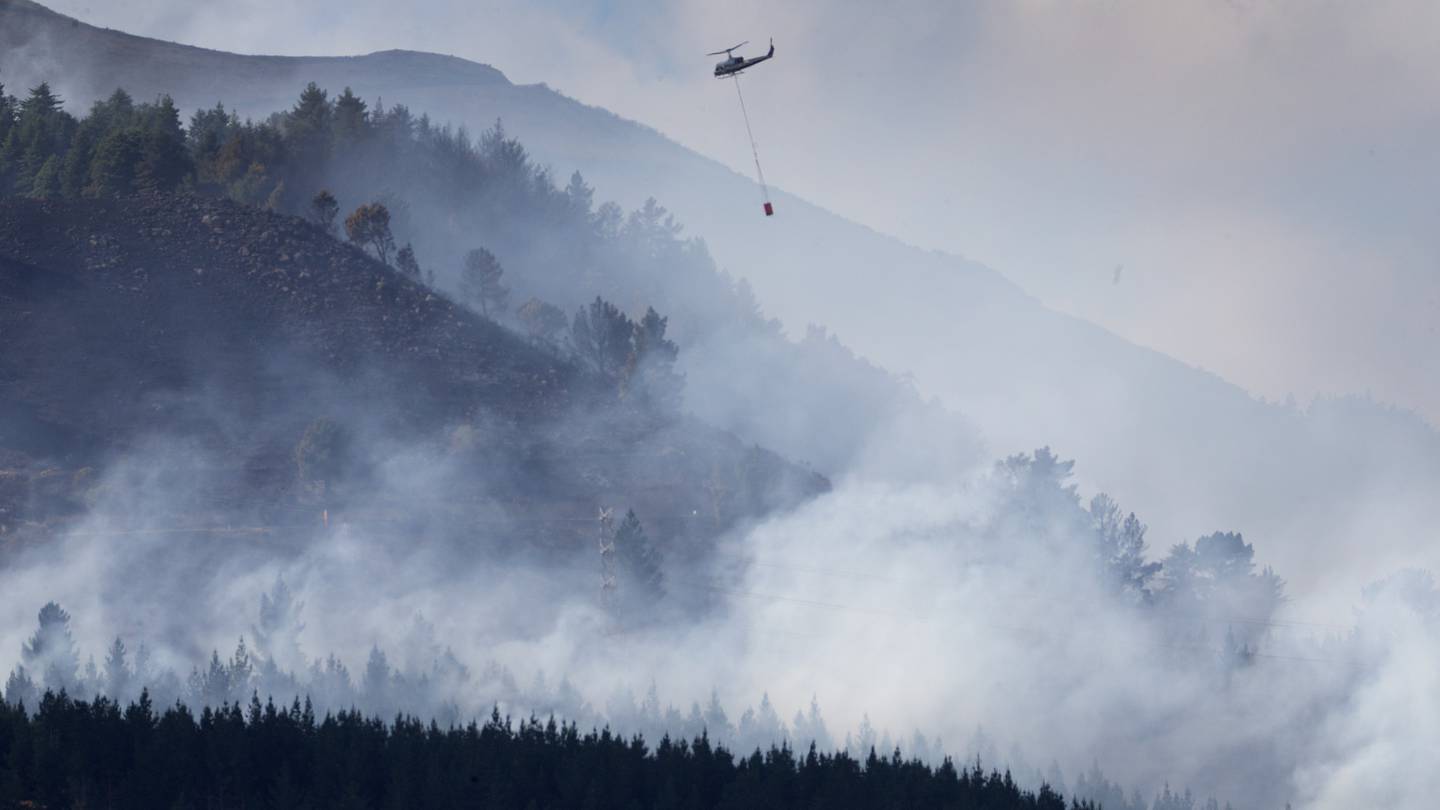 Wildfires like that which blazed through Canterbury’s Port Hills in 2017 are predicted to become more frequent in a New Zealand warmed by climate change. Photo / Alan Gibson.

We can generally think of it as a symbolic acknowledgement at the highest levels that we’re facing a climate change crisis – and a commitment to meet the challenge.

Climate Change Minister James Shaw described the motion, expected to pass with flying colours when it’s tabled in Parliament tomorrow, as a “clear statement” of intent to tackle the crisis.

He said the Government would develop policy over the next three years to ensure it’s backed with action to bring emissions down.

“While this is not a bad thing in and of itself, I have some concerns around the use of emergency language as potentially nurturing an approach to climate action that is built on fear and panic.”

However, she said it was also important to recognise the emergency declaration campaigns have been supported by groups such as School Strike 4 Climate.

“So this announcement may, for some, represent the power that social movements, and young people especially, can have in shaping political change in Aotearoa.”

Prime Minister Jacinda Ardern said Labour had always considered climate change to be “a huge threat to our region”.

“[It’s] something we must take immediate action on.”

She said the previous Government was unable to declare a climate emergency in the last term, but was now able to.

Why is climate change now an emergency?

As more than 11,000 international scientists put it last year, the planet “clearly and unequivocally” faces a climate emergency.

Despite 40 years of global negotiations, the world had largely failed to arrest the crisis – and they called for “bold and drastic” changes in economic growth and population policies to cut emissions.

A recent, sweeping Government report set out how New Zealand’s own climate was already transforming.

New Zealand’s national average temperature has risen by 0.10C per decade since 1909 – but that rate has quickened to 0.31C per decade in the last 30 years.

Places around the country have been seeing more heatwave days, fewer frosts, shifts in rainfall and higher seas, with implications for everything from human health to more pressure on our threatened species.

Within just 20 years, days with very high or extreme fire danger are projected to increase by an average of 70 per cent, due to hotter, drier and windier conditions.

If global emissions continue to increase, by 2090, warm days – where the maximum temperature is 25C or higher – are projected to occur four times as often in Auckland.

Even if emissions are reduced to limit global warming below 2C, these days would still increase by just over half.

Extreme weather will become more common, as will devastating droughts and flooding events.

How is New Zealand worsening the crisis?

New Zealand might contribute just 0.17 per cent to global emissions – but that contribution is embarrassingly out-sized.

Our net emissions have shot up by nearly 60 per cent in just two decades – and three years ago, the 7.7 tonnes of CO2 that each Kiwi pumped into the atmosphere put our
country at 17th out of 32 OECD countries for emissions.

Our largest source of CO2 emissions come from road transport – utes and SUVs particularly use more fuel – and we effectively import emissions when we use goods and services from overseas.

But most of New Zealand’s greenhouse gases still stem from agriculture. Methane – mainly burped from livestock – made up nearly half of our gross emissions in 2018.

At the current rate, the global average temperature is likely to cross the threshold of 1.5C above the pre-industrial level within the next 10 to 30 years.

And a rise of 3C by the end of this century is projected, even if all the current emissions reduction commitments and goals are met by the international community.

What is this Government actually doing about it?

It halted new offshore oil and gas exploration permits, overhauled the Emissions Trading Scheme (ETS) and placed a cap on it to make it a more effective carbon price tool, and invested in alternative energy efforts – namely green hydrogen.

Last month, it launched a new $70m fund to help Kiwi companies switch from coal and gas to clean energy for process heat.

It’s set up an advisory Climate Change Commission, and can boast about finally putting in place binding, climate-targeted legislation.

Yet the Zero Carbon Act’s net-zero 2050 target doesn’t apply to biogenic methane, which makes up a third of our gross emissions, and instead needs to come down by between 24 and 47 per cent by mid-century.

But while Ardern has hailed climate change as this generation’s “nuclear free moment”, environment groups have been widely critical of falling short on meaningful action.

That included failing to bring in repeatedly recommended “feebate” schemes – although its Clean Car Standard would achieve some of the same impact when it arrives in 2025 – and there’s no sign of any future ban on fossil fuel vehicles more generally.

Along with walking away from a previous pledge to electrify the government fleet by 2025, the Government has drawn scorn in opting against bringing agriculture – our biggest emitting sector – into the ETS, in favour of an industry-government partnership.

And if agriculture is eventually forced into the ETS, that won’t happen until 2025, when it would receive the same 95 per cent discount deal “carbon-intensive” industries like steel have been given.

It already looks unlikely New Zealand’s climate pledges under the Paris Agreement will be strong enough to meet the UN’s aspiration to limiting warming below 1.5C.

What do experts and advocates think about a declaration?

Cretney hoped it would prove more than just that.

“If the emergency declaration remains a symbolic gesture, as we have seen elsewhere in the world, then I think it will be important that our communities continue to hold the Government to account for their pledge to take real action on the climate crisis.”

Dr David Hall, a lecturer at AUT University’s School of Social Sciences and Public Policy, pointed out that when a council or government made a declaration, it wasn’t suspending laws to make a decision it otherwise wasn’t able to.

“On the contrary, the New Zealand government, after declaring a climate emergency, will face the same political constraints that it did prior to the declaration,” he said.

“So there isn’t likely to be any clear link to action, except indirectly through that greater prioritisation of the issue.”

As it stood, Hall argued New Zealand was already gaining momentum on climate action, even without a declaration.

“Indeed, we already had a taste of emergency-style politics with the surprise suspension of offshore oil and gas permits in early 2018, before climate emergencies became a thing.”

While that move sent a strong signal to the energy sector, it also burned a lot of political capital, in a way he said wasn’t typical of Ardern’s style.

“So it isn’t easy to see this style of climate politics becoming the norm, even after a climate emergency declaration – not unless the Government’s hand is really being forced by extreme events like energy shocks or climate-related catastrophes,” he said.

“Urgent action is required, but the fastest transition will be the one that buoys people along, rather than makes them dig in their heels.”

The UK’s Parliament also declared a climate emergency in May 2019 – and then one month later approved a 2050 target of net zero emissions.

“Critically, both the UK’s 2050 and 2030 targets are more ambitious than ours – but, like ours, both fall drastically short of the transformative actions needed to meet our countries’ fair share of limiting warming to below 1.5C.”

Ultimately, Tong felt that while our government had incrementally built up a strong legislative and policy architecture for climate mitigation and adaptation, it had done too little to actually cut emissions urgently.

“Treating the climate crisis like the emergency it is requires transformative, urgent action,” he said.

“Putting a cap back on the emissions trading scheme is critical, but that’s undercut by plans even now to give polluters free allocations until 2050 and beyond.”