Sixteen federal prosecutors tapped by leadership at the Justice Department to monitor voting in last week’s presidential election have sent a letter to Attorney General William Barr making clear that they have seen no evidence to substantiate claims that voting tallies have been marred by widespread fraud or other ballot issues, two sources familiar with the matter told ABC News.

In their letter, the federal prosecutors — career assistant U.S. attorneys from more than a dozen states across the country — called for Barr to rescind a memorandum he sent earlier this week telling Justice Department attorneys to launch election-related investigations if they suspect significant irregularities, the sources said.

Justice Department policy has long urged federal law enforcement officials to refrain from engaging in politically charged investigative activity in the run-up to an election, and the new “policy change was not based in fact,” the federal prosecutors wrote to Barr in their letter, first reported by The Washington Post.

“We disagree with [your] argument that the impact of taking overt investigative and prosecutorial actions on the outcome of an election is greatly minimized after voting ends but before certification occurs,” the letter to Barr said, adding that Barr’s memorandum “thrusts career prosecutors into partisan politics.” 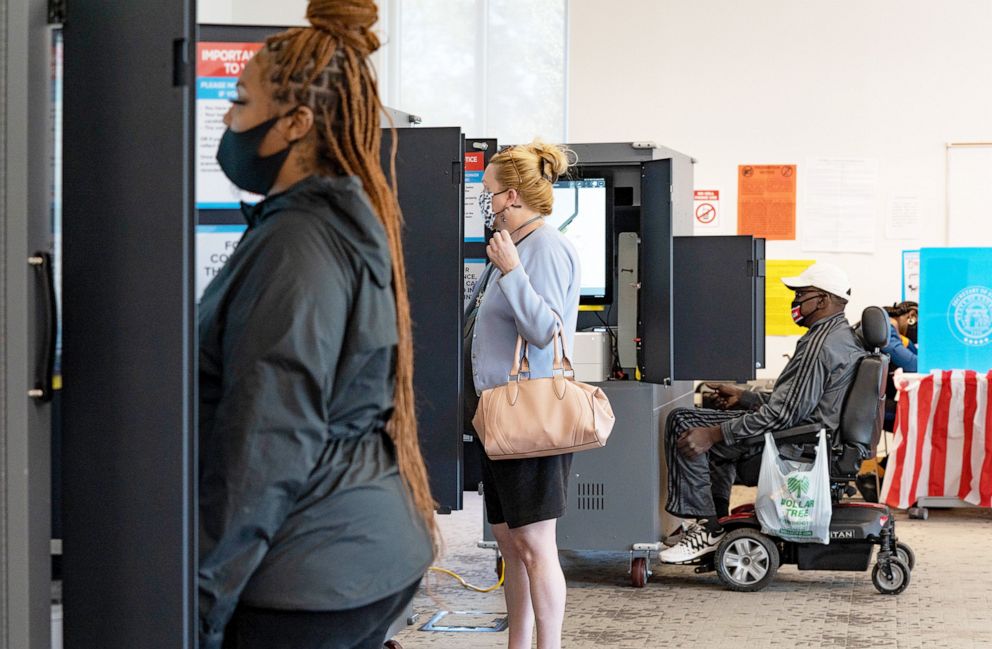 In recent days, President Donald Trump has alleged without evidence that if only legally cast ballots were counted, he would easily be declared the winner of last week’s election.

But in his memorandum to U.S. attorneys’ offices earlier this week, Barr wrote that “[n]othing here should be taken as any indication that the Department has concluded that voting irregularities have impacted the outcome of any election.”

A Justice Department spokeswoman insisted that line means that what the federal prosecutors wrote to Barr “can obviously coexist” with what Barr’s memorandum laid out.

“In fact, that is the whole point,” the spokeswoman said. “The memo empowers [U.S. attorneys] to investigate substantial allegations of election fraud in order to determine if such fraud has occurred.”

Barr’s memorandum stated “it is imperative that credible allegations be addressed in a timely and effective manner,” but Barr said “it is equally imperative that Department personnel exercise appropriate caution and maintain the Department’s absolute commitment to fairness, neutrality and non-partisanship.”

“While serious allegations should be handled with great care, specious, speculative, fanciful or far-fetched claims should not be a basis for initiating federal inquiries,” Barr added.