Who knew, and who was responsible for alleged special forces atrocities in Afghanistan?

by Chris Masters and Nick McKenzie, The Age

Home/Analysis/Who knew, and who was responsible for alleged special forces atrocities in Afghanistan?
Previous Next

Who knew, and who was responsible for alleged special forces atrocities in Afghanistan?

In the next few weeks the findings of a multi-year judicial investigation into alleged war crimes by Australia’s special forces in Afghanistan are expected to be given a limited release. As evidence mounts that murder and mayhem did occur there, big questions loom. Who knew about the atrocities as they occurred? And where does responsibility sit within a labyrinthine chain of command?

In the report by sociologist Samantha Crompvoets that is now four years old, but remarkably prescient, there is the outline of an answer.

“One Officer said to me that at the time he simply didn’t believe the [evidence of the] Afghans, but now looking back and knowing more, he knows it must have been true. But … concerns were apparently muted by [special forces] leadership (in Afghanistan),” Crompvoets wrote in the report whose existence was only revealed this week in The Age and The Sydney Morning Herald.

“This was described to me as ‘one of the most insidious, abhorrent and shameful things we (Australian SF) could have been involved in’. Someone who deployed a number of times with [special forces] remarked 2012 was by far the worst he has ever seen.

“He mentioned the Afghan interpreter they worked with kept reporting the Australian [special forces] were executing farmers, but no one ever followed anything up.”

Dr Crompvoets’ words resonate. SAS medic Dusty Miller initially tried to report the execution of an injured, unarmed man by an SAS colleague in 2012 but was told to cover it up. He remains worried that his decision to go public about the alleged war crime this year may lead him to be targeted.

The Age and Herald have also reported on further alleged unlawful killings from the subsequent 2012 rotation.

Crompvoets’ report did not identify any soldier by name. But she did comment on the licence that medals and operational experience appeared to bestow, quoting one interviewee: “Patrol Commander level is the worst. They were responsible for the worst of it. Core groups of people who wield so much influence that officers find it very difficult to manage … They are hero-worshipped and unstoppable.

“A lot of these soldiers have never done anything except soldiering. The rules they learn there are the rules. Executing bad guys is OK, no matter what.”

What Crompvoets found in her 2016 briefing on these matters amply justifies Major General Jeff Sengelman, the Special Operations commander at the time, commissioning her to probe the secret and exalted ranks of Australian Special Forces. His call was supported by the then Chief of Army, now Commander of the Australian Defence Force, Lieutenant General Angus Campbell.

Crompvoets‘ report then became the catalyst for the independent Inspector-General of the Australian Defence Force’s exhaustive and soon-to-be-finished four-year inquiry.

Sengelman and Campbell appeared to act not only because of the gravity of the allegations of torture and murder, but also the fact that they were being discussed by soldiers. Defence senior leadership must have realised it was only a matter of time before the story broke cover.

Despite resistance from elements of the defence forces, Australian War Memorial Director, Brendan Nelson and some in the media, the defence force got in front of what would become a rolling scandal.

In answering the question, “Who was responsible,” Crompvoets’ briefing to General Campbell does specify a degree of direct knowledge by some in leadership, albeit acquired through a glass darkly.

And in confronting the question, why did they not act, she offers a range of explanations: “They were too high up the chain of command to see it; the tempo was so high the priority was just to keep anything ticking over; they did try to do something but were dismissed/marginalised/moved on; they only saw one incident not the pattern over time; eventually they left quietly.”

In our own work encompassing hundreds of interviews it should be said that little to no evidence emerged of Australian Special Forces’ officers in Afghanistan conceding that they were actively complicit with what some of their soldiers were doing.

Some of the first prepared to speak up were soldiers (rather than officers) who learned of alleged incidents of blooding and murder after they returned to Australia. The actual witnesses had confided with comrades who, via front and back channels, tried to elevate concerns.

Perspective is important. The challenges in Afghanistan were extreme. After 10 years of war in which fighting and peacekeeping were jumbled together, no clear picture emerged of what winning meant. The Special Operations Task Group was given autonomy, but also layer after layer of authority: Canberra, area command, a fifty-partner coalition and the Government of Afghanistan, both local as well as national. And all around them were fractured local tribes, an untrustworthy partnership with Afghan forces, an ordained separation from Australian conventional forces and toxic rivalry between the big dogs of Special Forces – the Perth-based SAS and the Sydney-based Commandos. 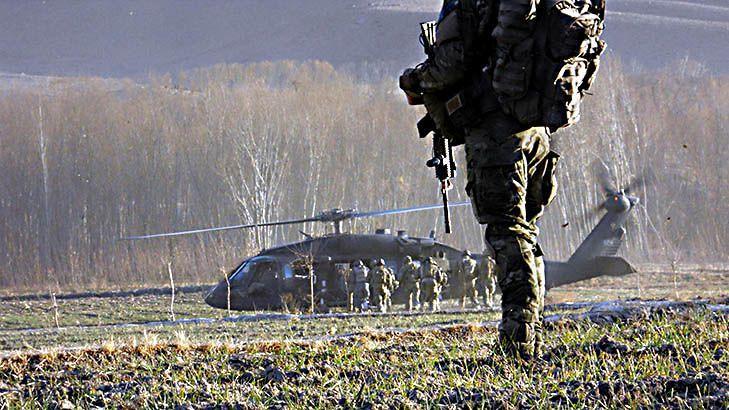 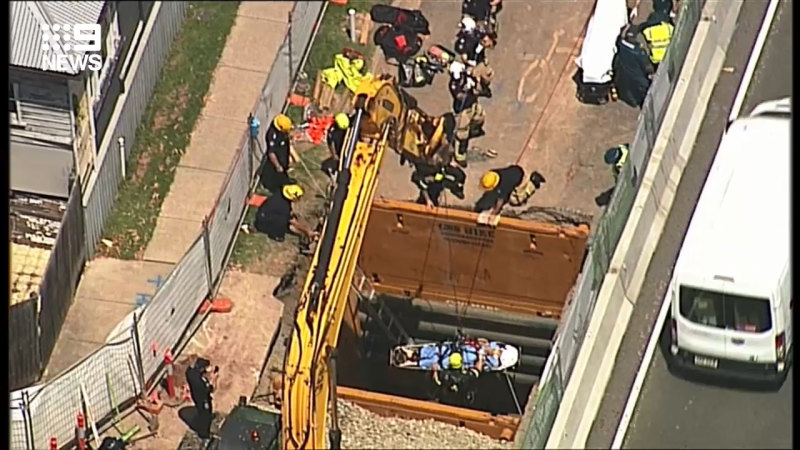 While there are excuses aplenty, few leaders who were there towards the end of the Afghanistan blood trail could deny a degree of responsibility. Their job was to know. Many received medals for exemplary leadership. Some plainly lacked curiosity and if they had knowledge, could not muster the moral courage to do something about it.

But there is awkwardness, too, in the prospect that those tasked with the impossible end up absorbing the bulk of the blame. The Special Operations Task Group was pushed into the southern Afghanistan cauldron by generals and politicians.

At one stage, in 2006, Chief of Defence Force Sir Angus Houston did withdraw them. His Chief of Army, Lieutenant General Ken Gillespie equally favoured a lower-key, reconstruction-led approach. Nelson, the defence minister, was one who objected, arguing with some cause that the Uruzgan province was still unsafe. And in 2007, the SAS and Commandos were redeployed.

This was at about the point the “good war” as it was described (in contrast to the Iraq conflict) began to turn bad. As the Australian death toll mounted, so too did the tempo of operations. While questions were being raised internally about Special Forces being overused, there was no external complaint. Public briefings by Special Operations commanders were rare, with no clear expression of mission or moral fatigue.

And not until October 2010 did Australia’s Afghanistan deployment receive serious parliamentary attention. Again, though, the prospect of Special Forces’ burnout was not on the agenda.

After the United States and the United Kingdom, Australia had the next largest contingent of Special Forces in Afghanistan.

There was at least a murmur of debate about conventional forces being under-used. In 2008, the Australian Army Journal published two essays arguing infantry in particular were receiving “second rate operational taskings”.

Located in combat outposts and rubbing shoulders with ordinary Afghans, Australian infantry and combat engineers were in daily contact with people they were tasked with protecting. (Unlike Special Operations, which principally acted as a strike force, raiding and returning to base). Notably, as far as we are aware, few if any incidents of alleged atrocities by Australian conventional forces have surfaced at the Inspector-General’s inquiry.

As Royal Commission-style inquiries go, none come harder than probing a sect of elite soldiers trained in keeping secrets. But much has changed. When Samantha Crompvoets prepared her report back in 2016 the reputation of Australian Special Forces was riding high and she warned some powerful special forces alumni with “a great deal to lose” would “fight to protect their personal reputation as well as the SF brand”.

Nevertheless, Generals Sengelman and Campbell bit the bullet. And so too did Crompvoets.

For her trouble the sociologist was pilloried. Four years of attacks in print, television and social media railed at the suitability of an “academic” researching soldiering. She became a target of culture warrior grievance about alleged Defence prioritisation of gender equity over battlefield success.

Crompvoets’ critics will be slow to acknowledge her force of perseverance and principle – qualities that sometimes went missing on the battlefield.