The IMF Can’t Be Any Clearer: The Global Economy Is on the Brink of a Crisis

by Desmond Lachman, The National Interest

Home/Analysis/The IMF Can’t Be Any Clearer: The Global Economy Is on the Brink of a Crisis
Previous Next

The IMF Can’t Be Any Clearer: The Global Economy Is on the Brink of a Crisis 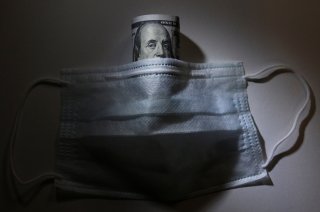 The IMF is now warning in the clearest of terms that any slowing in the world economic recovery could cause serious problems to the global financial system.

As a second wave in the coronavirus pandemic now appears to be threatening the United States and global economic recoveries, the world’s economic policymakers would do well to pay attention to the International Monetary Fund’s latest warnings about the vulnerability of the global financial system. Maybe then they will become more focused on the urgent need to keep providing strong fiscal and monetary policy support to the global economic recovery.

The IMF is now emphasizing that the very scale of the pandemic has caused financial market vulnerabilities to increase across multiple sectors of the world economy. This has occurred as an extraordinary amount of monetary policy easing has helped support the world economy but at the cost of exacerbating pre-existing financial market vulnerabilities.

The vulnerabilities highlighted by the IMF include the sharp rise in the corporate sector’s debt burden as it has been forced to meet pandemic-related cash shortages by increased borrowing. They also include a marked deterioration in the emerging market economies’ outlook with a large number of low-income countries so heavily indebted that they now face imminent debt distress, while others have been hit by a perfect economic storm.

Compounding these vulnerabilities has been the growing disconnect between buoyant global equity markets and the state of the world economy. This has occurred as investors have taken on more risk and stretched for yield in an environment of ample global liquidity.

The IMF is now warning in the clearest of terms that any slowing in the world economic recovery could cause serious problems to the global financial system. Any such slowing could cause the corporate sector and the emerging market’s liquidity problems to morph into solvency problems. At the same time, it could also lead to a sharp fall in global equity prices by narrowing the currently large gap between equity prices and the state of the global economy.

The IMF is also warning global policymakers not to be overly complacent about the world financial system’s ability to withstand a renewed economic downturn. In particular, it is cautioning that in an adverse macroeconomic scenario, some banking systems might suffer significant capital shortfalls. They might do so because a large number of firms and households will not be able to repay their loans.

The IMF’s warnings would seem to be all the more timely given that there are growing signs that the global economic recovery is stuttering and troubling signs are emerging of a second wave in the pandemic. Major European countries like France, Spain, and the United Kingdom are all being forced to reimpose restrictions as infection levels now exceed those in the spring. Meanwhile, major countries like the United States, Brazil, and Mexico, which have had among the world’s worst pandemic performance records, are yet to have in place a coherent program to deal with the pandemic.

In 2008, world economic policymakers were caught flat-footed by the global financial market crisis that followed the Lehman bankruptcy. Today, in light of the IMF’s clear warning, they would seem to have no excuse for not taking all the policy measures needed to avoid a renewed slowing in the world economy that could trigger the potential global financial market trouble about which the IMF is now warning.

Desmond Lachman is a resident fellow at the American Enterprise Institute. He was formerly a deputy director in the International Monetary Fund’s Policy Development and Review Department and the chief emerging market economic strategist at Salomon Smith Barney.