Comment: Total power, total responsibility – Jacinda holds both in her hands after 2020 election

Home/Opinion/Comment: Total power, total responsibility – Jacinda holds both in her hands after 2020 election
Previous Next

Comment: Total power, total responsibility – Jacinda holds both in her hands after 2020 election

Opinion – With total power comes total responsibility, and Jacinda Ardern holds both in her hands. 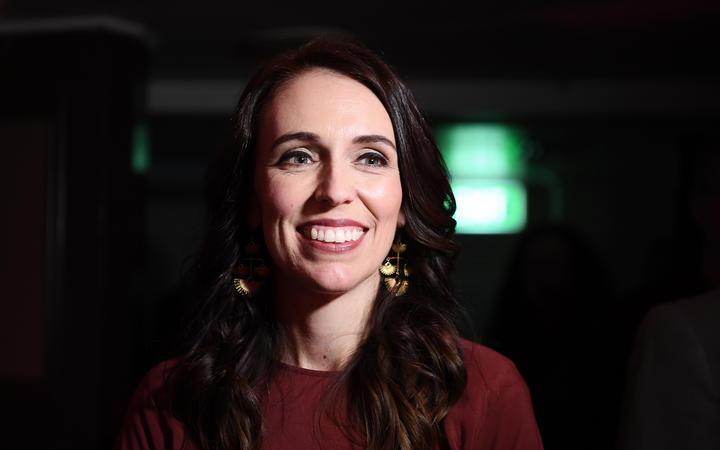 Jacinda Ardern’s first words on Saturday night were: “We will be a party that governs for every New Zealander”. Photo: Getty Images

Her government can do whatever it wants for the next three years. No need for deals with support parties because Labour has the numbers to pass legislation on its own.

The prime minister has 64 Labour seats to command in the 120-member Parliament. With the Greens holding 10, the centre-left has an unprecedented 74 seats.

While there is no one to get in the way of what the government decides to do, there isn’t anyone to blame either. This is Ardern’s show, and she will be held accountable for anything that goes wrong.

The prime minister and her senior Cabinet ministers will be acutely aware of that. National was hammered in this election, but not as badly as it was in 2002 when it came away with just 27 seats compared with the 35 it holds now. Three years later, it very nearly won the next election.

Voters have thanked Ardern for keeping the country safe from Covid-19. They won’t do it again. The next three years will be about economic recovery and the way the government deals with it, a very different challenge and arguably a more difficult one.

They have also punished National for its own mismanagement. The slide began with the coup against Simon Bridges and the Todd Muller debacle made it worse. Judith Collins took the leadership knowing she was playing with a very weak hand.

She gave it her best shot, the “death spiral” wasn’t as bad as it was in 2002. Now she has to hold onto her job for three years, and that won’t be easy. She shouldn’t be blamed for what has happened, but there are sure to be members of her caucus who will hold her responsible.

The Greens have good reason to be ecstatic. Their 10 seats were more than they expected, and did anyone really believe Chloe Swarbrick could win Auckland Central? Not long ago a Green candidate taking a National seat would have been unthinkable.

Ardern will offer to involve the Greens in government in some way, and the most likely way could be through a support agreement. She can hand out a few ministerial positions outside Cabinet, such as climate change which co-leader James Shaw currently holds.

The Greens are likely to prefer a full coalition role, with seats around the Cabinet table. There’s no reason why Ardern should give them that.

Their third option is to stay out altogether if they don’t get what they want, but that’s not the way Shaw works.

The Greens will push for their policies to be implemented but they haven’t got the clout to make demands. What they do get will have to align with what Labour wants.

It will be a much more manageable arrangement than Ardern had to deal with when New Zealand First was deciding what the government could or could not do.

As for NZ First, its future depends on whether Winston Peters wants to continue his political career. He’s 75 and could decide it’s time to go. In his speech on Saturday night he didn’t give anything away, only saying that what his party stood for was still needed.

Shane Jones, his supposed successor, was a dismal failure in Northland, running a distant third. Ron Mark or Tracey Martin might have a go at leading the party if Peters leaves but getting it back into Parliament would be a thankless and probably impossible task.

ACT’s big surge wasn’t really due to David Seymour’s appeal or its policies. National supporters started turning to ACT after the leadership meltdown. Before that it was picking up New Zealand First votes because Peters alienated centre-right voters when he chose to go with Labour in 2017.

Seymour, previously a lonely figure in Parliament, now has a caucus of 10 to manage. None of his new MPs has any parliamentary experience and some will have their own agendas such as the gun lobby’s Nicole McKee. It won’t be easy, as Peter Dunne discovered when his party surprisingly won eight seats in 2002.

Parliament will look fundamentally different when it sits for the first time. Labour cut a huge swathe through National’s electorate seats. Gerry Brownlee lost Ilam, Nick Smith was defeated in Nelson, seats which the party had for decades considered safe. Both the Hamilton seats went to Labour.

The Māori Party managed to capture one of the Māori roll seats, Rawiri Waititi beating Labour’s Tamati Coffey by 415 votes. Coffey hasn’t conceded defeat and is waiting for special votes to be counted.

The Māori Party could seek alignment with Labour in some way, whether Ardern wants that remains to be seen.

It is against this background that Ardern will chart her course over the next three years. In her own words, she is a consensus politician. She will seek as much cross-party support as she can for the changes that are coming.

Her first words on Saturday night were: “We will be a party that governs for every New Zealander”. During the campaign she talked about the need to make changes stick, to make them sustainable.

In that way she is similar to John Key while he was so successfully leading the previous government. He often spoke of the need to “take the people with you” when he was considering policies.

It worked for him. Perhaps it will work for Ardern.