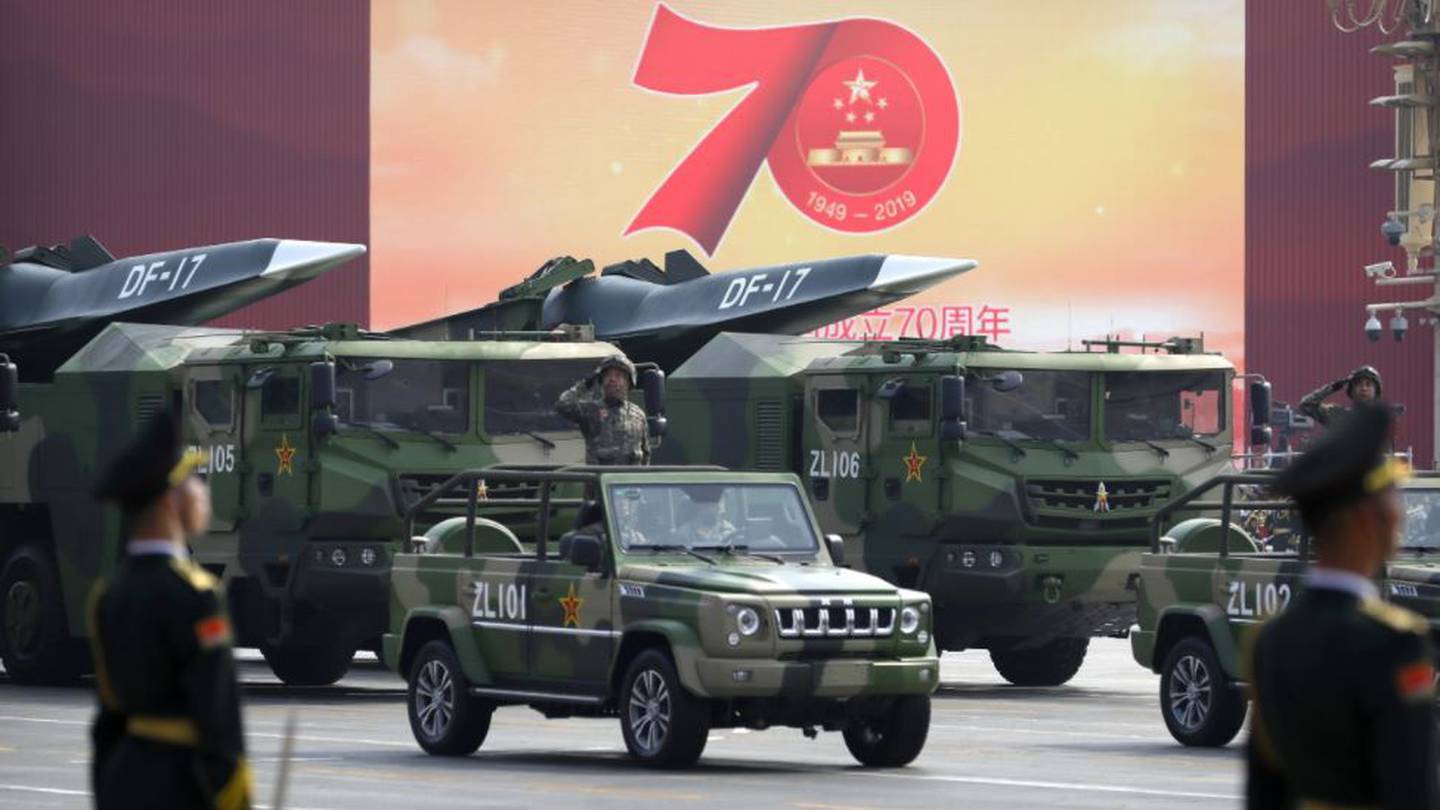 Missile bases have been upgraded and equipped with the most advanced hypersonic missile the DF-17, according to one military source, reports Minnie Chan of the South China Morning Post

Beijing is stepping up the militarisation of its southeast coast as it prepares for a possible invasion of Taiwan, military observers and sources have said.

The People’s Liberation Army has been upgrading its missile bases, and one Beijing-based military source said it has deployed its most advanced hypersonic missile the DF-17 to the area.

“The DF-17 hypersonic missile will gradually replace the old DF-11s and DF-15s that were deployed in the southeast region for decades,” said the source, who requested anonymity, because of the sensitivity of the topic. “The new missile has a longer range and is able to hit targets more accurately.”

The DF-17, which has a maximum range of 2500km, made its first public appearance on last year’s October 1 National Day parade to mark the 70th anniversary of the founding of the People’s Republic of China.

Beijing regards Taiwan as a breakaway province which it has vowed to take back, by force if necessary. Relations between Beijing and Taipei have deteriorated since Tsai Ing-wen from the independence-leaning Democratic Progressive Party (DPP) was elected as president in 2016 and refused to accept the one-China principle.

The deployment of missiles on the coasts of Fujian and Zhejiang provinces previously peaked during the presidency of Tsai’s DPP predecessor Chen Shui-ban.

Ties have come under further strain this year as Taipei moved closer to the United States and signed a series of arms deals, including for Patriot missiles and an upgrade to its F-16 Viper jets.

Satellite images show that both the Marine Corps and Rocket Force bases in Fujian and Guangdong provinces have expanded in recent years, according to Andrei Chang, editor-in-chief of the Canada-based Kanwa Defence Review.

“Every rocket force brigade in Fujian and Guangdong is now fully equipped,” he said.

The size of some of the missile bases in the Eastern and Southern theatre commands have even doubled in recent years, showing the PLA is stepping up preparations for a war targeting Taiwan.”

Chang said one base in Puning, a city in Guangdong, had been upgraded and now housed a new type of ballistic missile, but declined to say what type because of the sensitivity of the topic.

The missile base in Puning is responsible for attacking southern Taiwan, but the DF-11 and DF-15 do not have a long enough range to fly over the Central Mountain Range to hit the island’s airbases in Taitung and Hualien [both in eastern Taiwan],” he said.

Chang also said the PLA had deployed its Russian-built S-400 Triumf air-defence system that could detect and shoot down missiles, drones and jets from up to 600km away to defend against any attack by the Taiwanese air force.

“The S-400’s radar system is very sophisticated and is able to cover the whole of Taiwan,” he said. “It is able to shoot Taiwanese military aircraft once they take off.”

The PLA’s coastal defences also include 20 air force brigades – some of them armed with the country’s first stealth warplane, the J-20.

Meanwhile, the Marine Corps – the only wing of the armed forces that has continued to grow during President Xi Jinping’s extensive overhaul of the military – has been earmarked to play a key role in any invasion and 10 of its 13 brigades are now based along the southeast coast.

The Marine Corps headquarters had been based in Chaozhou in Guangdong since 2017 and would play a key role in any attack on a Taiwanese naval base in Kaohsiung, the Beijing-based source said.

Beijing has sought to keep up the pressure on Taiwan with a series of exercises around the island, including a large-scale invasion drill last weekend and multiple air sorties that saw almost 40 fighters crossing the median line in the Taiwan Strait in a single day last month.

On Monday, retired major general Wang Zaixi, who once led the mainland’s semi-governmental organisation for managing ties with Taiwan, described the recent exercises as “unprecedented”.

“Until today, the possibility of peaceful reunification was slim,” he told Chinese news site Guancha.cn. “The live-fire military exercises showed it is just one step away to actual combat.”