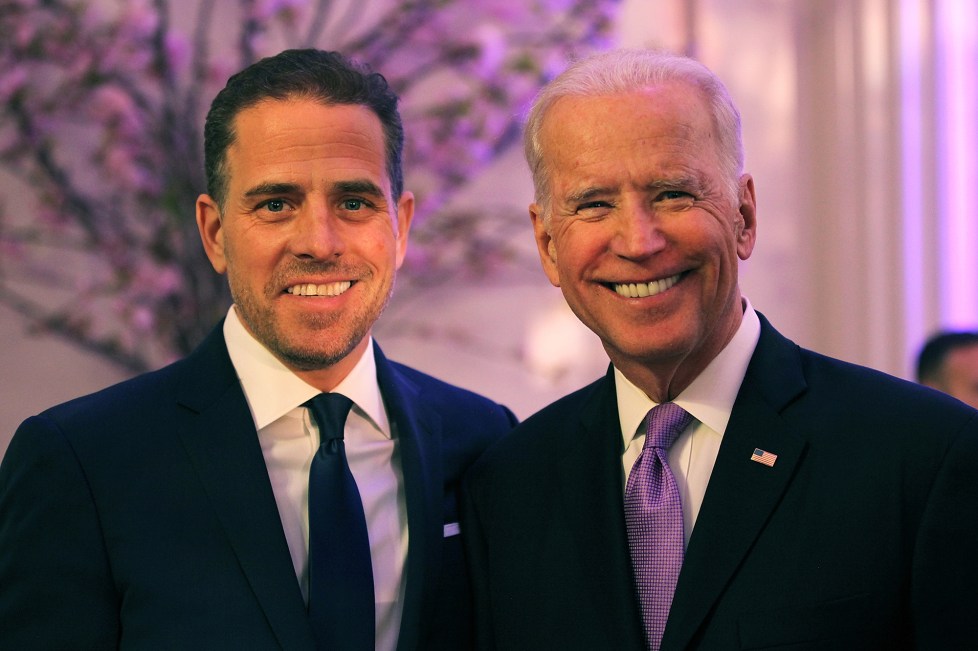 A raw series of text messages show Joe Biden offering fatherly comfort as his son, Hunter, lamented from a rehab facility about being a “f–ked up addict who can’t be trusted” and had damaged his dad’s political career.

The intimate family exchange took place on February 24, 2019, two months before Joe launched his campaign for the White House.

“Good morning my beautiful son. I miss you and love you. Dad,” the elder Biden wrote at 6:57 a.m.

Hunter responded with a lengthy diatribe about his ex-wife, Kathleen Buhle, and his father’s political advisers, and he also complained bitterly about a conversation with his sister-in-law-turned-lover, Hallie Biden.

“For f–ks sake hallie for the first time [in] 17 days talks to me to say im an embarrassment. To MY family,” Hunter wrote.

He then admitted, “Well dad, the truth is as you and hallie point out — I am a f–ked up addict that cant be…Trusted relied upon nor defended.” 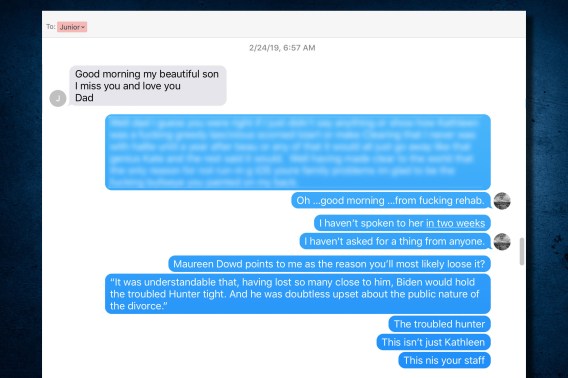 “If you don’t run ill never have a chance at redemption,” he added.

“I’ll run but I need you. H is wrong. Only focus is recovery. Nothing else,” he wrote.

“Your girls are so smart truly amazing. Very focused. Naomi very upset with K,” he wrote.

“When you can and feel like it call. Positive my text etc a target. Love.”

The Bidens’ formerly private moments are among the trove of data extracted from a MacBook Pro laptop that the owner of a Delaware repair shop has said was dropped off in April 2019 but never retrieved.

Hunter’s rage at the start of the exchange was prompted by a Feb. 23, 2019, New York Times column by Maureen Dowd, from which he quoted her referring to him as “the troubled Hunter.” 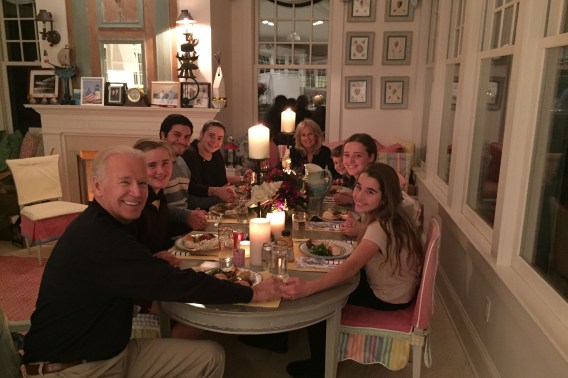 “This isn’t just Kathleen. This [is] your staff. I haven’t been in the vicinity of a single f–king person in that circle in over two years,” he told his dad.

“Every bit of information they use against me is coming from ‘all the people that love me.’ Jesus Christ.”

Hunter also fumed that he’d been advised not to “make [clear] that I never was with hallie until a year after” his older brother, Beau, died of brain cancer in 2015.

“Well dad, I guess you were right…that it would all just go away like that genius Kate and the rest said it would,” he said sarcastically.

“Well having made clear to the world that the only reason for not [running is your] family problems im glad to be the f–king bullseye you painted on my back,” Hunter added.

Neither Joe Biden’s campaign, Hunter’s lawyer nor Hallie Biden immediately responded to requests for comment and Kathleen Buhle couldn’t be immediately be reached through phone numbers listed in her name.