Trump transferred to Walter Reed ‘out of an abundance of caution,’ after testing positive for coronavirus

Home/News/Trump transferred to Walter Reed ‘out of an abundance of caution,’ after testing positive for coronavirus
Previous Next

Trump transferred to Walter Reed ‘out of an abundance of caution,’ after testing positive for coronavirus

The president, according to the White House physician, is taking “zinc, Vitamin D, famotidine, melatonin and a daily aspirin,” in addition to completing an infusion of Regeneron’s polyclonal antibody cocktail.

President Trump was transferred to Walter Reed Military Medical Center “out of an abundance of caution,” the White House said Friday evening, after testing positive for COVID-19 and experiencing “mild symptoms.”

The president, upon arrival to Walter Reed, walked down the steps of Marine One, and again saluted military officers at the medical center.

The president, upon arrival to Walter Reed, tweeted a pre-recorded video from the White House, thanking Americans for their “tremendous support.”

“I want to thank everybody for the tremendous support. I am going to Walter Reed Hospital,” the president said. “I think I’m doing very well, but we’re going to make sure that things work out.”

“The first lady is doing very well,” Trump said. “So thank you very much. I appreciate it. I will never forget it. Thank you.”

White House Press Secretary Kayleigh McEnany first announced Friday that the president, who she said “remains in good spirits,” has “mild symptoms” and had been “working throughout the day.”

“Out of an abundance of caution, and at the recommendation of his physician and medical experts, the President will be working from the presidential offices at Walter Reed for the next few days,” she said. “President Trump appreciates the outpouring of support for both he and the First Lady.”

“Following PCR-confirmation of the President’s diagnosis, as a precautionary measure he received a single 8-gram dose of Regeneron’s polyclonal antibody cocktail,” a memo released Friday afternoon by Dr. Sean P. Conley, the president’s physician, stated. “He completed the infusion without incident.”

“In addition to the polyclonal antibodies, the President has been taking zinc, Vitamin D, famotidine, melatonin and a daily aspirin,” Conley said.

Conley added that “as of this afternoon, the President remains fatigued but in good spirts.”

“He’s being evaluated by a team of experts, and together we’ll be making recommendations to the President and First Lady in regards to next best steps,” Conley said.

Conley added that the first lady “remains well with only a mild cough and headache, and the remainder of the First Family are well and tested negative for SARS-CoV-2 today.”

The first lady, on Friday, tweeted, thanking for “the love you are sending our way,” while confirming she, too, is experiencing symptoms.

“I have mild symptoms but overall feeling good,” the first lady tweeted. “I am looking forward to a speedy recovery.”

The president’s re-election campaign announced Friday that his events are being temporarily postponed, or moved to a virtual setting.

“All previously announced campaign events involving the president’s participation are in the process of being moved to virtual events or are being temporarily postponed,” Trump campaign manager Bill Stepien said Friday. “In addition, previously announced events involving members of the first family are also being temporarily postponed.”

Stepien added that “all other campaign events will be considered on a case-by-case basis and we will make any relevant announcements in the days ahead.”

“Tonight, @FLOTUS and I tested positive for COVID-19,” the president tweeted. “We will begin our quarantine and recovery process immediately.”

He added: “We will get through this TOGETHER!”

“This evening I received confirmation that both President Trump and First Lady Melania Trump have tested positive for the SARS-coV-2- virus,” Conley said. “The President and First Lady are both well at this time, and they plan to remain at home within the White House during their convalescence.”

“The White House medical team and I will maintain a vigilant watch, and I appreciate the support provided by some of our country’s greatest medical professionals and institutions,” he continued.

He added: “Rest assured I expected the President to continue carrying out his duties without disruption while recovering, and I will keep you updated on any future developments.”

“I’m happy to report that Jill and I have tested negative for COVID,” Biden tweeted. “Thank you to everyone for your messages of concern. I hope this serves as a reminder: wear a mask, keep social distance, and wash your hands.”

“I am reporting this out in my capacity as both Vice President Biden and Dr. Biden’s primary care physician,” O’Connor said.

“Jill and I send our thoughts to President Trump and First Lady Melania Trump for a swift recovery. We will continue to pray for the health and safety of the president and his family,” Biden said.

There’s no word yet on when the former vice president was last tested for the coronavirus — or when he’ll next be tested. But the campaign told Fox News that Biden’s running mate, California Sen. Kamala Harris, was tested Thursday, as part of the campaign’s routine testing, and tested negative.

House Speaker Nancy Pelosi, D-Calif., said she is praying for the president, but that she hopes he will now take “a saner approach” to the coronavirus after being diagnosed.

“We all received that news with great sadness. I always pray for the president and his family that they are safe, continue to do so more intensified, and I know that he’ll have the best of care, and that’s what we want for everyone in our country,” Pelosi said on MSNBC Friday morning. “I hope this will be a moment where people will understand that what we have in our HEROES bill and what we have over and over is we must have testing, tracing, treatment. We must have spacial distancing. We must be wearing our masks.”

She added: “So maybe now that people who see the president of the united states with all the protection that he has and the first lady still having this exposure, it might be as you say a learning experience…. This is tragic, it’s very sad. … Going into crowds unmasked and all the rest is sort of a brazen invitation for this to happen. Sad that it did, but nonetheless hopeful that it will be a transition to a saner approach to what this virus is all about.”

“Karen and I send our love and prayers to our dear friends President @realDonaldTrump and @FLOTUS Melania Trump,” Pence tweeted. “We join millions across America praying for their full and swift recovery. God bless you President Trump & our wonderful First Lady Melania.”

A White House official told Fox News on Friday that most West Wing officials and staff who are in close proximity to the president are tested for COVID-19 daily. 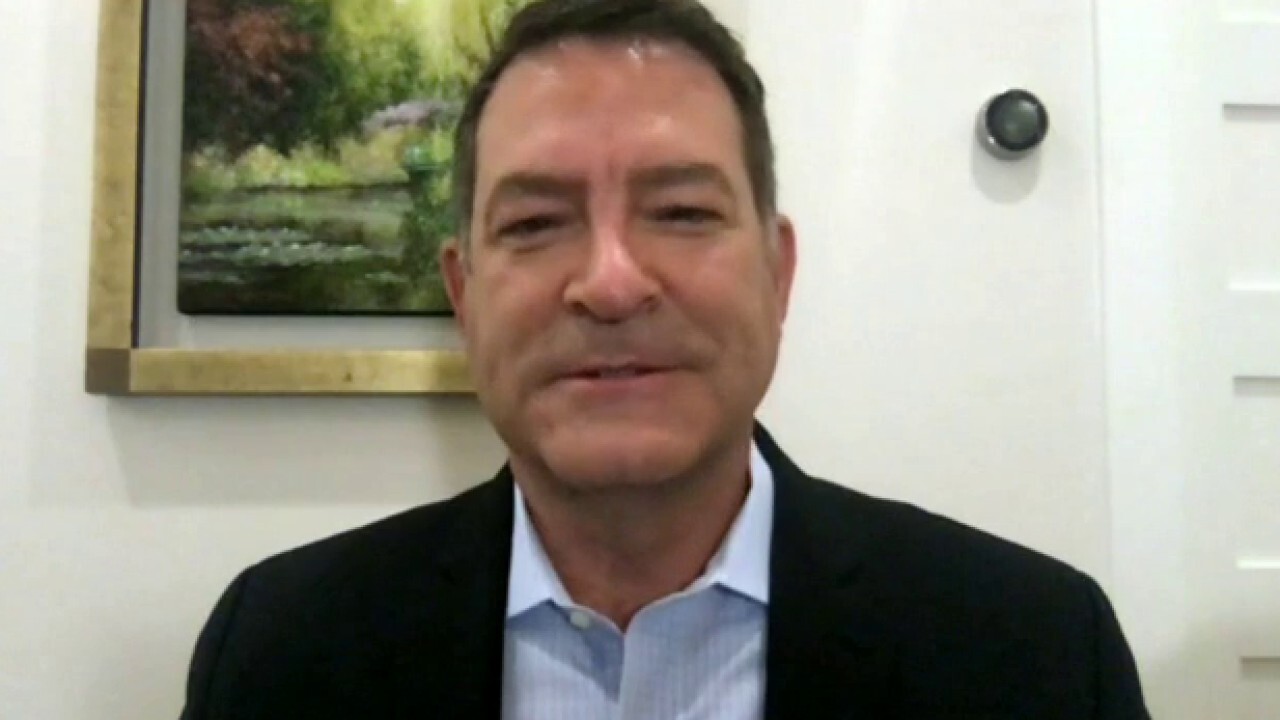 Another White House official told Fox News that White House Chief of Staff Mark Meadows tested negative for COVID-19 in his most recent test. That test, according to the official, was conducted as part of normal protocol.

Meanwhile, Supreme Court nominee Judge Amy Coney Barrett, who has met with 32 senators on Capitol Hill this week as she prepares for Senate Judiciary Committee hearings set to begin on Oct. 12, has tested negative for the coronavirus as well, according to the White House. The White House says that she last had contact with Trump on Saturday when he announced her Supreme Court nomination.

Trump participated in the first presidential debate against Biden on Tuesday, before he or Hicks began showing symptoms or tested positive for the virus.

According to a source familiar, Hicks — who has been traveling with the president this week — began showing symptoms of coronavirus Wednesday night, either during or after Trump’s Duluth campaign event. She was quarantined aboard Air Force One on the way back and tested positive on Thursday morning, the source said.

The fact Hicks tested positive on Thursday morning means that her diagnosis was known to the White House when Trump went to Bedminster, N.J., on Thursday.

“Hope Hicks, who has been working so hard without even taking a small break, has just tested positive for Covid 19,” Trump tweeted late Thursday. “Terrible! The First Lady and I are waiting for our test results. In the meantime, we will begin our quarantine process!”

In a statement, White House spokesman Judd Deere said the president “takes the health and safety of himself and everyone who works in support of him and the American people very seriously.”

“White House Operations collaborates with the Physician to the President and the White House Military Office to ensure all plans and procedures incorporate current CDC guidelines and best practices for limiting COVID-19 exposure to the greatest extent possible both on complex and when the President is traveling,” Deere said.

White House Press Secretary Kayleigh McEnany tweeted that “the strength of the entire country is with President @realDonaldTrump and @FLOTUS.”

But national security sources tell Fox News that the president should be planning to delegate his authority should his symptoms become severe and his situation become extreme, citing continuity of government provisions in the 25th Amendment of the U.S. Constitution.

Sources told Fox News that the internal White House group, called the “Continuity of Government Operations Team,” is currently working to prevent a mass outbreak of the coronavirus among White House staff and relocate staff to multiple locations to contain exposure.

A former senior intelligence official also said that Trump or Pence should address the nation on Friday to send a signal that the U.S. government will continue to function. A White House official, however, says that there are not plans as of Friday morning for a national address.

Meanwhile, officials around the globe offered their prayers to the president and first lady, including World Health Organization (WHO) Director-General Tedros Adhanom Ghebreyesus.

“My best wishes to President @realDonaldTrump and @FLOTUS for a full and speedy recovery,” he tweeted on Friday morning.

Chancellor Angela Merkel also sent her best wishes to the president and first lady, according to a tweet by Steffen Seibert, a government spokesman for Germany.